Cue the Little Green Men "Ooooos" — a new rendering of the Alien Swirling Saucers attraction at Disney World has just been released! As the park continues to build out Toy Story Land, which is set to open at Hollywood Studios in Summer 2018, it's only a matter of time until park-goers get a sneak peek of the ride like they did when the Slinky Dog arrived.

Alien Swirling Saucers will be a teacup-like ride based on the toy Andy won at Pizza Planet in the first Toy Story movie. Riders will have to watch out for the hanging claw above them while spinning around in toy rockets. And of course, expect nothing less than electronic space music during the wild ride.

Get a glimpse below of the concept art that was first shown on Oh My Disney! 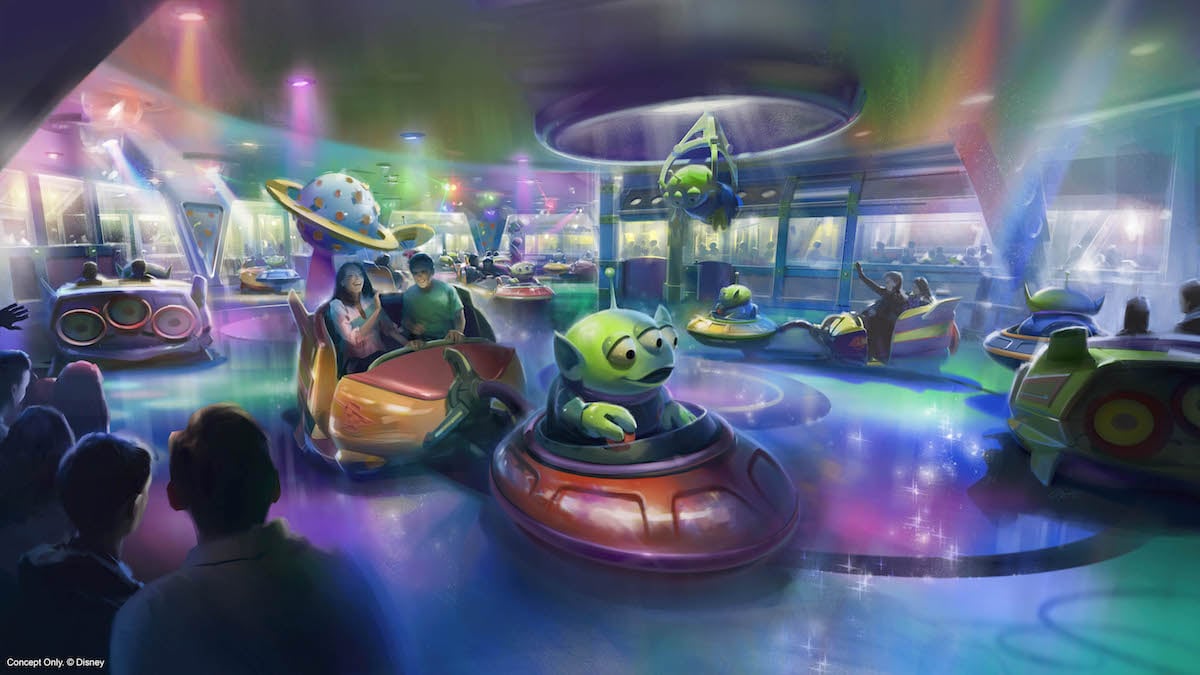