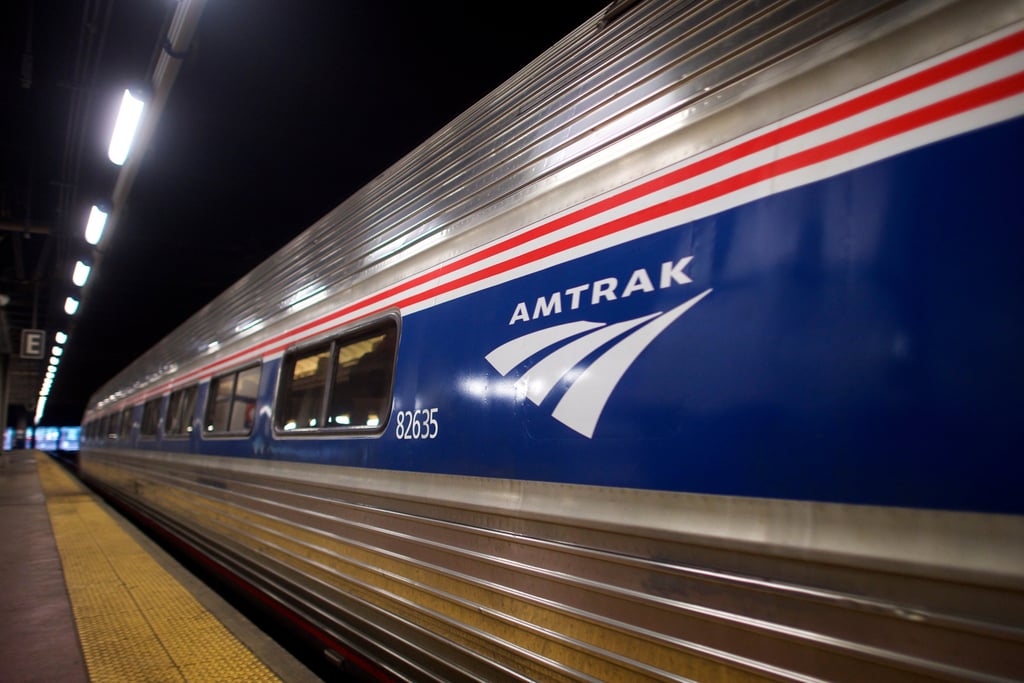 After two impassioned petitions garnered thousands of signatures, Amtrak has finally announced that it will be installing lactation stations for nursing mothers and commuters. On May 23, Amtrak said its private and clean Mamava pods are officially open throughout stations in New York City, Washington DC, Philadelphia, Baltimore, and Chicago.

The campaign was started by Philadelphia-based working moms Lacey Kohlmoos and Samantha Matlin, who had very unpleasant experiences breastfeeding in station restrooms. "In the 15 minutes it took for me to express my milk, there must have been at least 10 knocks on the door," Lacey said in a press statement. "The whole experience was embarrassing, stressful, and rage-inducing." After launching two separate petitions aimed at Amtrak's 30th Street Station and Union Station respectively, Lacey and Samantha amassed a combined 64,393 signatures.

Mamava pods are becoming increasingly more common in airports across the country. The so-called lactation suites are equipped with two benches, a fold-down table, and outlets to charge electronics. Most importantly, they offer privacy. To access a pod, nursing mothers simply need to download the Mamava app to book and unlock the door of the pod using Bluetooth technology.

The response to Amtrak's announcement has been overwhelmingly positive. Travelers have already begun seeing the pods at different stations and have taken to tweeting their gratitude. "It really demonstrates how powerful women can be when we join together to create change for ourselves and our community," Lacey said. Adding, "My hope is that eventually we'll see lactation pods in every Amtrak station across the country."

Related:
You Are Going to Feel For This Mom's Airport Struggle Whether You Breastfeed or Not
Previous Next Start Slideshow
AmtrakBreastfeedingMotherhoodParenting News