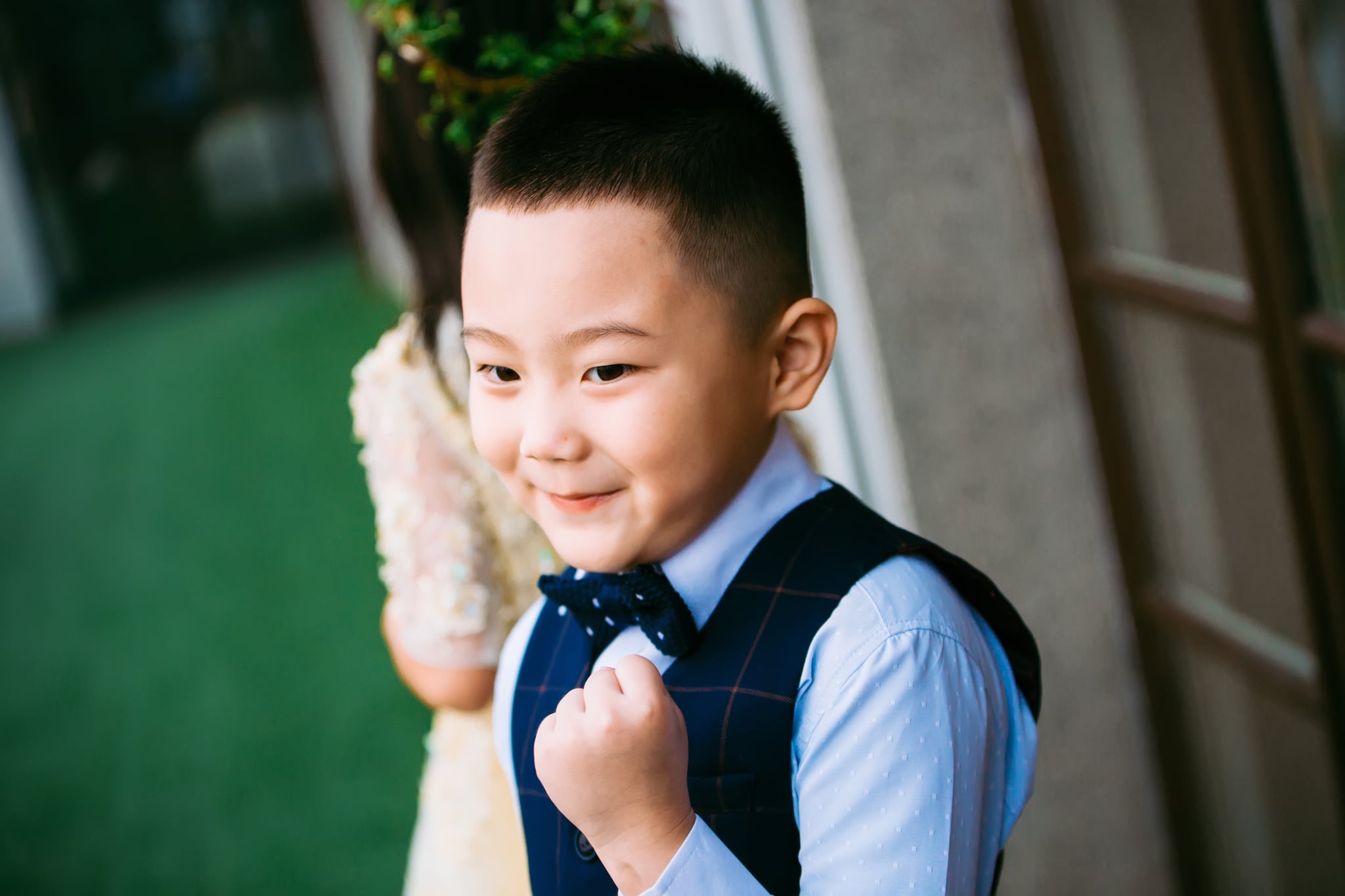 After I got engaged in March, I swore I'd be a chill bride who wouldn't make waves or stress out — welp, that's gone to sh*t just a few months into planning my October 2020 wedding. The first task that derailed me? Choosing flower girls and a ring bearer. My fiancé Matt and I are both 29, and both have first cousins 3 years old and under. Up until getting engaged, we felt like it was a funny quirk that both of our families shared — no nieces, or nephews, or first cousins with kids on either of our sides, but four baby first cousins? The more the merrier.

But then Matt proposed, and I started to really think about our wedding party and which kids in our lives would be at our wedding, which we decided would be otherwise childless for a variety of reasons. Mainly, we want the adults at our party to have fun, to not have to leave early to do bedtime routines, and honestly, kids' meals are expensive, y'all! We know it's selfish, and that there's a possibility an invited parent may not be able to make it because their kids are excluded, but everyone tells you that wedding planning is the one time you can be selfish, so we are running with it on this one point.

Related:
I Think All Weddings Should Be Kid-Friendly, Whether the Bride Wants It or Not

Our first choice for a flower girl was a no-brainer. Last Summer, our best friends had a baby, who is such a huge part of both of our lives — even though it's not by blood, she made me an "aunt" and Matt an "uncle" for the first time. By the time we get married, she'll be nearly 2-and-a-half and ready to toss petals down the aisle (and steal the show in the process).

With one flower girl down, and my only wanting one other, if any, to keep the aisle processions from getting out of control, things got trickier. Three out of four of our baby cousins are girls. We couldn't ask the one boy to be a ring bearer and none of the girls to be on petal patrol, nor could we ask one of the girls and not the other two — it all just felt really weird.

Not to mention, I'd had a ring bearer in mind for the better part of 10 years. In my early 20s, I was a nanny for a family with a little boy, and six years later, I'm still extremely close with him and his family, which now includes his two younger sisters. I helped raise him for the years I was with them, and in many ways, it feels like having a surrogate son walk down the aisle.

Then, we decided we'd ask the older of our ring bearer's two little sisters — who was born while I was still working for the family — to be our other flower girl. But again, I was faced with the issue of asking one child and not another, so their baby sister, who's a toddler, is going to be invited regardless. Their mom totally understood and inviting all three of her kids even though only two are in the wedding party felt managable in terms of our pint-size guest list.

Related:
When I Got Married, I Hired a Nanny For My Kids' Table — and It Was the Best Idea

We made the difficult decision to include those kids who we have particularly close connections to, despite them not being blood relations, meaning that none of our little cousins will be there to see us get married if we want to keep our celebration childless apart from the wedding party. We've yet to share this information with anyone but our parents (though I'm now broadcasting it to the world, I suppose), but I think our aunts and uncles will be supportive of our decision to not invite other kids. Though, maybe they won't be, and we'll cross that bridge when we get to it.

I've never wanted to be a bridezilla, but to that thought, I say, they freakin' better not give me sh*t.