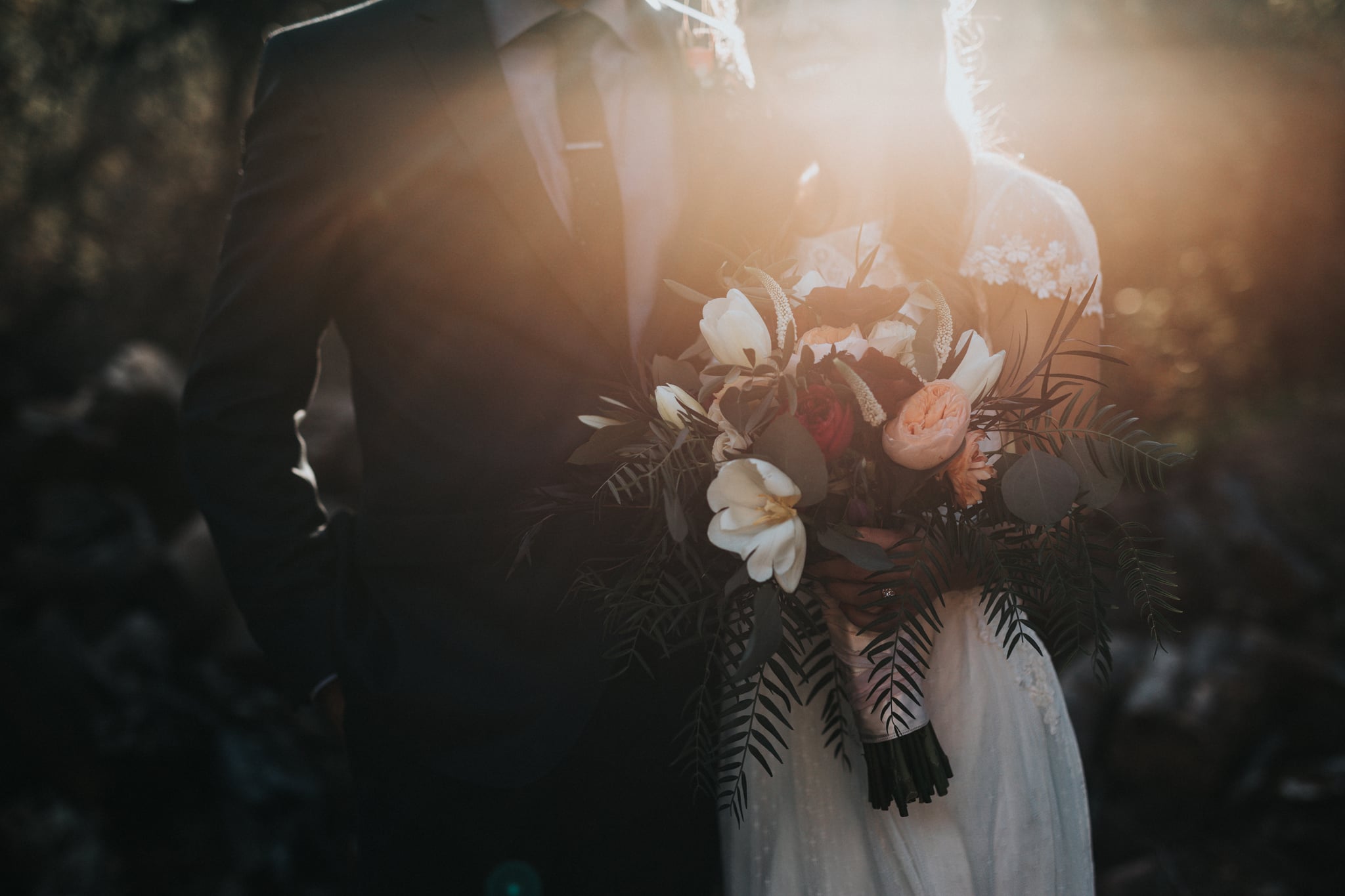 When I first got engaged during what now seems like the prehistoric era, I had already made up my mind about one thing: we weren't going to have any kids on the guest list. Why is that, you ask? Because between how expensive footing the bill for, in our case, 40-plus additional tiny humans on top of our original 185-person guest list — damn you, enormous Irish families! — my fiancé and I truly didn't think that our cousins and friends would want to chase after their little ones all night if they could avoid it.

Of course, there were exceptions to this no-kids rule. The ring-bearer, flower girl, and her adorable little brother were welcome to come from the get-go. I'm not that much of a monster most days, depending on who you ask.

Related:
I Think All Weddings Should Be Kid-Friendly, Whether the Bride Wants It or Not

But then I had a revelation: what about the few cousins I had who were coming from out of state? What about their kids? As a parenting editor, I know how much traveling with your own children can suck. I know how hard it can be to find a sitter for a full weekend, or God forbid, attempting to hire a mysterious babysitter in a city you don't live in for a few hours.

Before I dive in, it's important to keep in mind that I live in New Jersey, the land of over-the-top, I-need-to-remortage-my-house expensive wedding venues, women who swore they wouldn't become a bridezillas who end up going absolutely nuclear, and highly questionable spray tans. The point? Nine times out of 10, most parents don't expect their children to be invited, especially if they have teeny kids and it's some fancy sit-down dinner. They know it's expensive. They generally won't hold it against you.

Because of my job, I get a pretty in-depth look at how downright sh*tty it can be to travel with kids who aren't old enough to manage their own well-being just yet. Not only do you have to shell out hundreds — if not thousands — of dollars to fly your whole family in for a wedding, but you have to schlep extra bags, strollers, and potentially car seats throughout the damn airport all while keeping an eye on your kids. For Christmas' sake, it could be an Olympic sport.

And frankly, it sounds like the seventh circle of hell.

While driving your entire brood is most likely the cheaper option, depending on where you live, it has its points of sheer misery, as well. Think: the "Baby Shark Song" on a constant, mind-numbing, loop; getting your seat kicked to the point where you can fire your chiropractor; and of course, various ill-timed "emergency" bathroom breaks, and potential hazmat-level diaper explosions.

Perhaps, that's the sixth circle of aforementioned hell, then.

As I began to go through the absolute Perfect Storm-level hellscape that is deciding on invitations, gathering addresses, and mailing those suckers out using my monthly grocery budget's worth of stamps, I realized that I should, perhaps, include a few children for the reasons I mentioned above. So rather than throwing my hands up and muttering some tired nonsense about how it's "our day" and "you can figure it out," I became a little more flexible with the rule book. And not to pat myself on the back, but I think it's a pretty good idea.

Related:
My Secret to a Great Marriage? Travel Without Your Kids

If you have to drive multiple hours in the car or book a flight, then of course, your children are welcome to attend our wedding. When you really think about it, if parents decide to suck it up and offer to shell out the cash for a sitter for at least a full-weekend or pack up their entire squad for your big day, the least us soon-to-be married couples can do is be flexible. And that means letting a few kiddies come along for the day. Will they probably need a nap at some point? Yes. Will they exclusively eat chicken nuggets at the soirée? Most likely. But that's really fine if it works for the parents.

And full disclosure: it's not the same for couples who are from the area who can most likely find a sitter a little bit easier or can pawn their children on a family member for the night. Not even a little, really. Truth be told, if you're gonna give anyone some slack, it should be the out-of-town parents, who clearly love you enough to check the "yes" option on the RSVP card, despite having to haul a small army's worth of people and equipment across state lines.