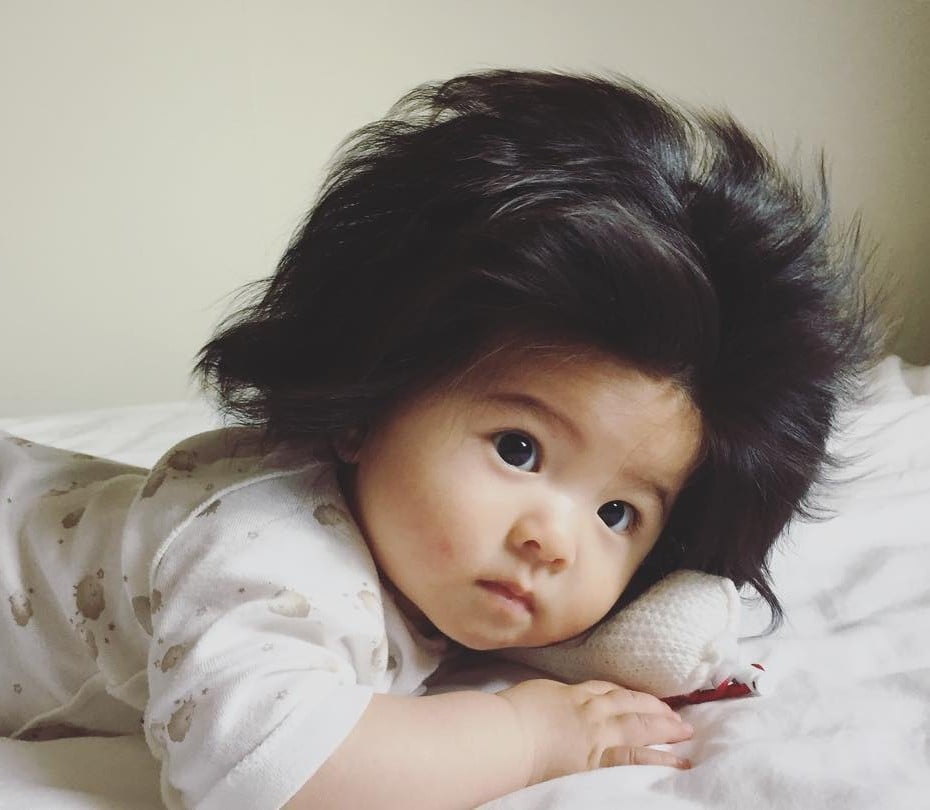 This Baby's Hair Is So Intense . . . Well, You Have to Just Look at It

It's not often that you'll look at a baby and say, "I wish I had her hair," but get ready, because you are about to gaze enviously at the thick tresses of a 7-month-old.

Whereas most babies remain on some spectrum of bald during their first year of life, baby Chanco — who was born in Japan in December 2017 — came out of the womb with a full head of hair, and in just a few months amassed more hair than most kids have by their first day of kindergarten.

Recently, Chanco's mom began to snap photos of her little one's adorable mop, and in May, she began sharing them on Instagram as a self-described "hair diary." But it didn't take long for the snaps to go viral: although she's only shared 46 posts thus far, more than 74,000 followers are lining up to see what little Chanco's hair will be up to next.

Whether adorned with a bow, fresh out of the bath, or hilariously peeking out of an Ergobaby carrier, it's a sight to behold.