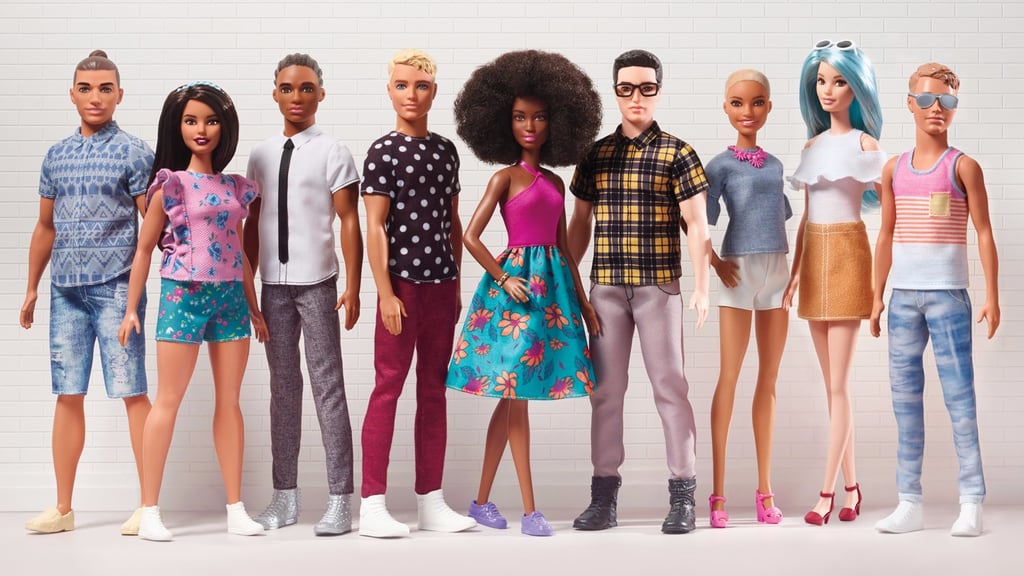 The new male Fashionistas dolls will be available in slim, broad, and original body types. The dolls will also vary in skin tones, eye colors, hairstyles, and personal style. As with the announcement of new female dolls, it can be argued that Barbie should be pushing the envelope even further. While the broad-shouldered Ken dolls are an improvement, it does feel like there could be additional bodies represented apart from just broad and slim.

In a press statement, Senior Vice President and General Manager Lisa McKnight said, "By continuing to expand our product line, we are redefining what a Barbie or Ken doll looks like to this generation." Adding, "Evolving Ken was a natural evolution for the brand and allows girls to further personalize the role they want him to play in Barbie's world."

In addition to the buzzy new Ken dolls, the company also ushered in 25 additional female dolls — each of which fall under one of the aforementioned body types. The entire collection is available now at retailers nationwide and online, with each doll priced at $10.

Related:
Instagram Turned Barbie Into a Millennial Mom — and the Posts Are Spot-On
Previous Next Start Slideshow
Little KidsToysBarbieParenting News
Around The Web

by Kristin Harris 23 hours ago