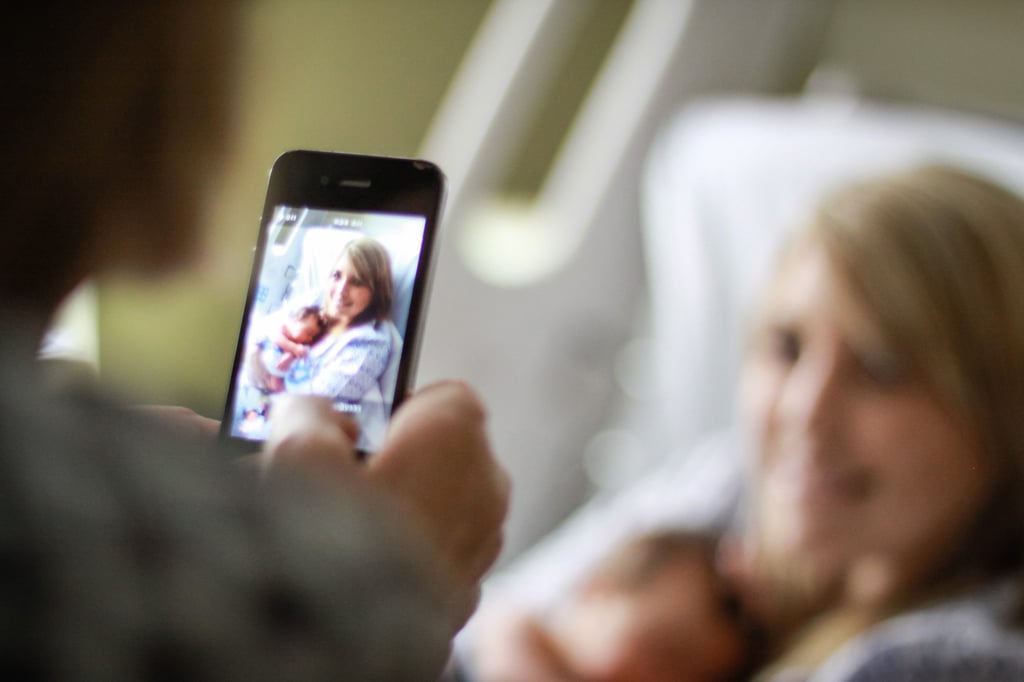 The Photographer Missed the Birth, but the Photos Turned Out Beautiful Anyway

As every mother knows, births (unless they're scheduled C-sections) don't usually happen on the mom-to-be's schedule. In fact, they don't happen on anyone's schedule but the baby's. So while Valdosta, GA-based photographer Lindsay Colson of Captured by Colson was preparing for her very first birthing session, baby Tess had plans of her own.

Earlier than expected, Colson was on a plane returning from a Summer trip when Tess entered the world. So rather than photograph the birth, Colson popped by the hospital the next day to take some truly beautiful photos of the new family. "I hadn't planned it, really, but the photos I got were just how I'd imagined and turned out just gorgeous," Colson says.

The photographer had previously taken newborn photos of little ones in their homes but found that she really preferred the documentary nature of just-born photography. "It's in a hospital setting, so there's not panic about 'the house not looking its best'; everyone is joyful and, for the most part, laid back," she says. "Baby is enjoying his/her new world, no schedule, but baby sleeps a ton, so it's likely that she will just snooze through the whole thing. . . . I love newborn shots all wrapped and in baskets; I am just not crafty enough — or patient enough! — to accomplish it, so there's no expectations of that style."

Read on to see the truly delightful pics, as well as a few photos taken at the family's home a week later.

The Tonight Show Starring Jimmy Fallon
Ilana Glazer on Being in Her Third Trimester: "Now That I'm Not Puking, This Is Really Cool"
by Alessia Santoro 3 days ago