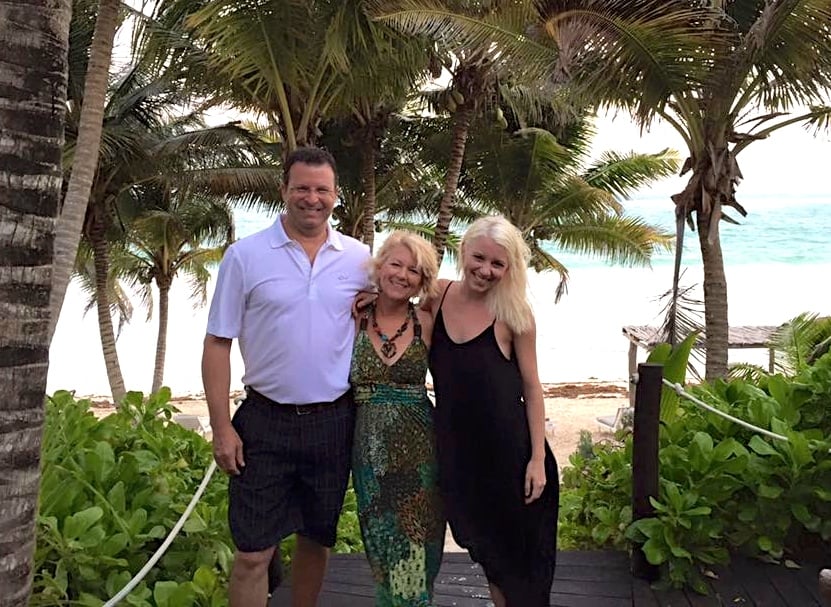 My mom wasn't the "cool" mom. Sorry mom, love ya. Growing up, I was the kid with the strict parents. Painfully strict. I was grounded . . . a lot. Sometimes for stuff that even now I think was a little ridiculous (a week for saying "shut up"? Really, Mom and Dad?). Other things, like sneaking out to go to a party with boys my friends and I met on the beach . . . well that month-long grounding doesn't even really seem like enough in hindsight. By the time I was allowed to watch R-rated movies, I knew the spoilers for them all anyway since everyone else on the planet had seen them already, and I snuck episodes of my favorite "adult" shows while my parents were out of the house. My homework was done before I could go out, my bedtime was set in stone, and talking back to my mom or dad was the ultimate crime. Cursing was completely out of the question; I'm still not allowed to say f*ck in front of them. Not that it stops me.

So no, my mom wasn't my best friend growing up. She wasn't even my friend. She was my mom, and I am so, so glad she was.

I had plenty of friends with moms or dads who took the "I'm your friend, not just your parent" route. We went to their houses for the parties, we took advantage of their leniency, we had our first kisses (etc.) on their couches. We sipped our first alcoholic beverages there (Mike's Hard Lemonade, someone kill me), because "if we were going to drink" they'd "much rather us do it in the house."

But my mom enforced the rules, she held me accountable, and she stuck to her word and her law — even if I didn't always (or ever) agree it with it or like it. She called me out on my bullsh*t, and trust me, I was chock-full of it back then. Yes, I had to stay in and work on projects and papers while my friends half-assed their homework and were able to do fun things without me. Yes, I was the one who couldn't go to the "cool" aka sketchy parties where things that should not have been going down went way, way down. And yes, my mom and I steadily butted heads throughout my teenage years, racking up so many slammed doors (on my part), tear-filled tantrums (me again), and long phone calls (her with her own mom, me b*tching to my friends) that I genuinely lost count around age 14.

I wasn't complaining so much when report cards came back and I was lining up my As in a nice row. Or when the "friends" my mom limited my time with because she didn't trust them screwed up time and again (legally, academically, socially, etc.), and I wasn't there with them because I was at home. Grounded, probably. But home.

But here's the thing. When those same friends — whom I loved despite (and because of) their antics — screwed me over and broke my heart, my mom never uttered anything close to "I told you so." Instead, she held me while I cried, she promised me it would get better, she finally let me watch those episodes of Buffy and she sat there and watched them all with me. When I was tearing out my hair because math was ruining my soul (not much has changed there), she was the one telling me grades aren't everything (yes something, but not everything), she was the one taking me to and from tutoring to try and help me, she was the one trying to figure out that damn equation that she didn't know the answer to any more than I did. Maybe I wasn't giving her every juicy detail of my private life, but she knew the big stuff, and most importantly, she took the time to know me. Even though I fought against her every single step of the way.

My mom wasn't my best friend then, but you can sure as hell bet she is now. I grew up being taught to respect her as a parent, but somewhere along the way, and because of all that she did for me as I grew up, I came to respect her as person, as a woman, and as a friend.

I look back at all those times she held firm on what seemed like her harsh rules, and I see her side of things. How hard it must have been for her to feel like the villain when all she was doing was what she believed in her heart was the right thing as a mother. How many times she probably wished she could've taken the easy route and said "yes" when saying "no" was so much more difficult. But she didn't. Maybe she wavered behind closed doors, but never in front of me. I know where I got my stubbornness from, among many other qualities. She and my dad were steady forces in my life, and though we are complete opposites on (nearly) everything even to this day, it was worth the ups and downs of adolescent angst to get to where we are now. My parents were parents when I needed them to be, and now as an adult, I've gotten to know them again, this time as my friends.

Identity
After My Mom Got Shot, It Took Years For Me to Understand That I Was a Survivor, Too
by Jakoby Mitchell 1 hour ago