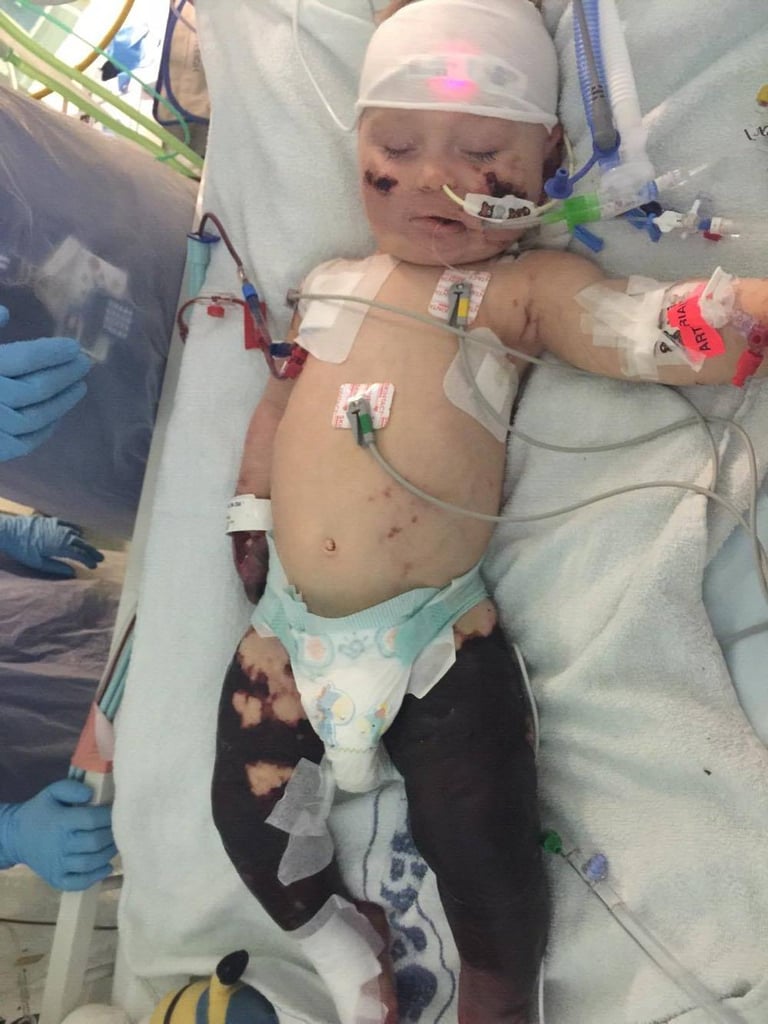 Every Parent Needs to See What Meningitis Did to This Toddler

Like most toddlers, when Taylor Marshall took his first steps, he needed some encouragement and assistance. But unlike many others, this 20-month-old tot also needed help from a prosthesis on one leg as well as a full-length splint on the other.

This major milestone in the British boy's life is one that almost never happened. Only a year ago, Taylor was diagnosed with meningococcal septicaemia, and his mother, Terri Lewsley, was told that her son only had hours to live. "It all happened within the space of a day," Terri described to Today.

Taylor was just 8 months old when his family learned the devastating news that their baby boy had meningitis. This bacterial disease can kill within hours, and there are an estimated 1.2 million cases worldwide. Doctors put the baby in a medical coma for 17 days, and his family watched as gangrene turned his limbs black. "We had him christened and all the family came in to say goodbye," Terri said. "There were a lot of prayers being said." 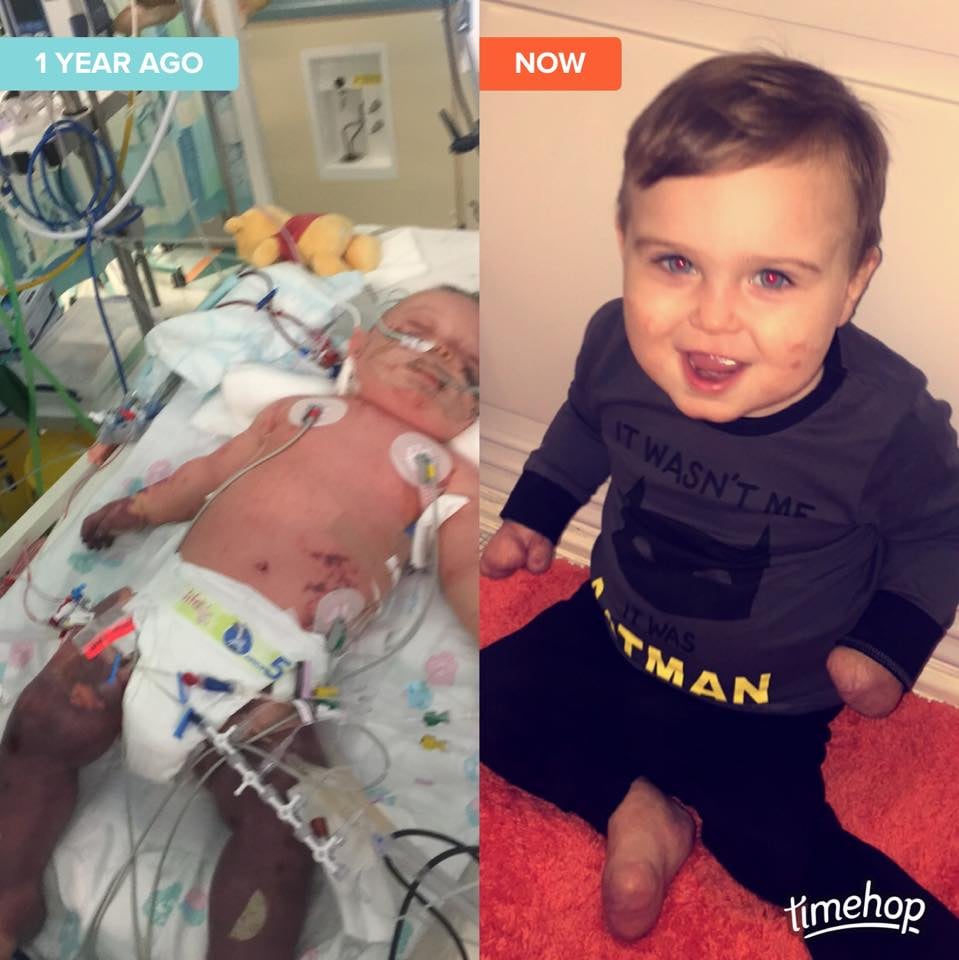 After he had his left leg, his right toes, and all of his fingers amputated, Taylor recovered over the next seven months in the hospital. Now the happy toddler is adapting to life with his prosthetic leg — and is officially taking things one step at a time.

"He is back to being a normal toddler, really. It's not changed his personality. Since his recovery and being back home, he's gone back to himself," Terri added. "He plays and laughs. He's a really happy little boy."

Meningitis is swelling of the lining around the brain and spinal cord and septicaemia is the blood poisoning form of the disease. While viral meningitis is not typically life threatening, bacterial meningitis is very serious and parents shouldn't wait to seek medical help if they suspect that their child might be sick. Babies are more at risk of contracting bacterial meningitis than any other age group and newborns are particularly susceptible to meningitis caused by listeria, E.coli, and group B streptococcal. While vaccines protect against this potentially devastating disease, they can't prevent all forms of meningitis and septicaemia. These are the common symptoms in babies that parents should be aware of: