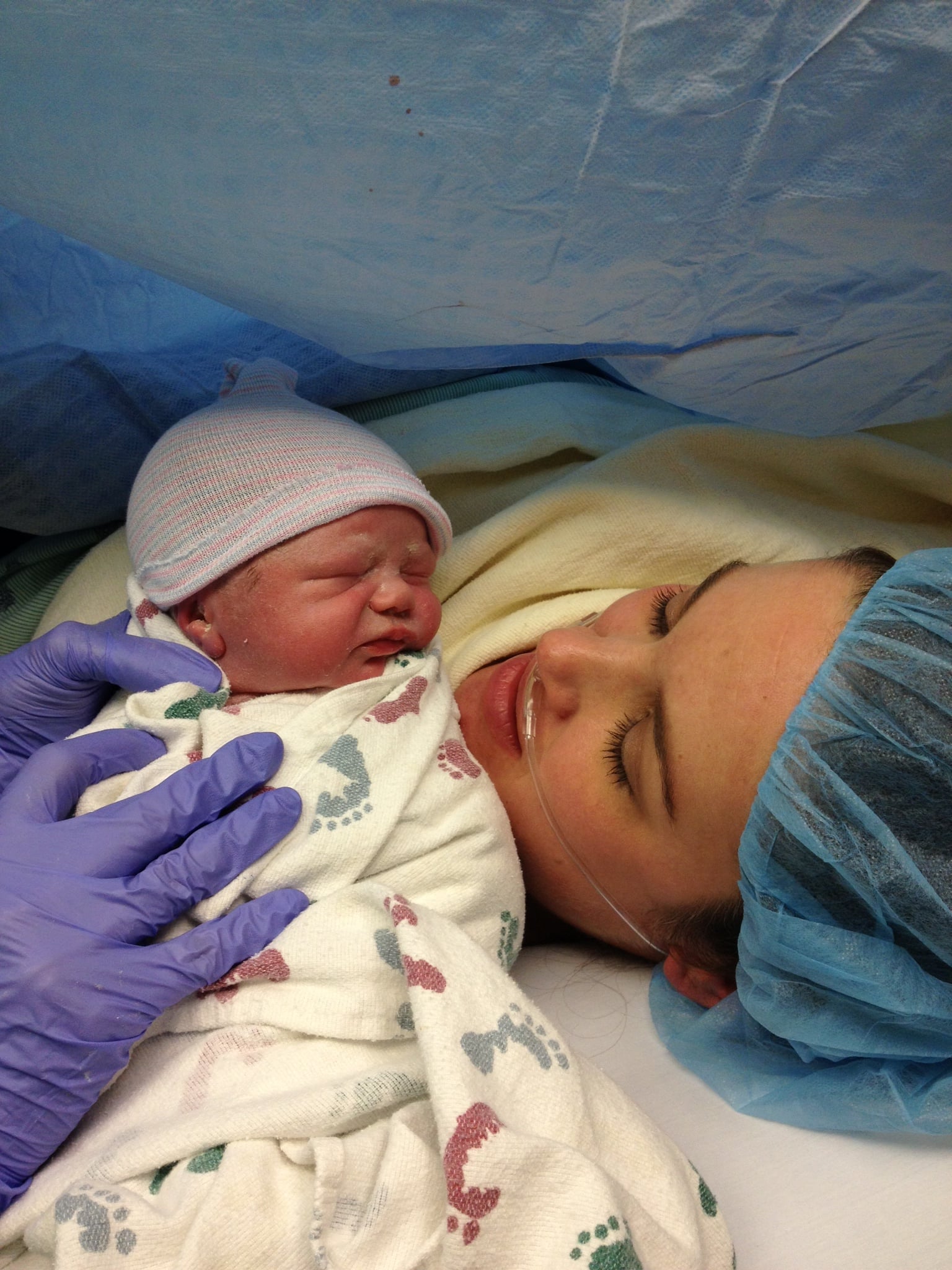 The other day, I overheard a new mom humble bragging about her natural childbirth, which was of course, painful and long, but also totally magical and worth it (her words, not mine). While I am thrilled for anyone who had a positive birthing experience — most moms know that's not always the case — I also kind of wanted to call bullsh*t on her calling it "natural." Because my 16-hour labor, followed by a "failure to progress" diagnosis and a C-section? That was totally natural, too.

It's no wonder that motherhood can start to feel like a competitive sport when from the jump, we're told that our path to become a mom — childbirth — is either natural (i.e. drug-free and vaginal) or not (i.e. you're lazy/a failure/physically deficient). Those moms that labor away without an epidural, maybe in a bathtub or on a bouncy ball, then delivery vaginally, are apparently the gold-star version of our kind, while the rest of us are, by default, labeled unnatural.

Well, here's the thing: I would've loved to have had a "natural" child birth. Okay, not the drug-free part, but a vaginal birth was what I was praying for when my water broke a little after midnight six-and-a-half years ago. Despite my doctor's advice to go back to bed and wait awhile, of course my husband and I, then first-time parents, raced to the hospital, ready to get the party started and meet our daughter.

They confirmed my water had indeed broken, but my labor never started on its own. Enter Pitocin, which threw me into intense labor with such mind-blowing pain that I felt like I was out of my own body. Enter an epidural, which never really worked, was administered multiple times, made my whole body, however numb it was in reality, feel like it was crawling with bugs, and apparently stalled my dilation progress, because 16 hours later, I was still at six centimeters. That's when my doctor called it, saying it was time for a C-section.

In the operating room I was pumped with more drugs, and by the time my daughter was delivered, I was shaking so violently that when they placed her on my chest, I was convinced she'd fall right off onto the cold hospital floor (she didn't). That labor? The one I was so desperate to do "naturally"? It didn't feel natural at all.

I was so full of drugs and utterly exhausted after not sleeping for two days, that I could barely process that I was now a mom. I was so full of fluid that my biggest sweatpants, which my husband sweetly fetched from our apartment, fit more like tights. In short, I was a mess. I told my friends please not to visit. I wasn't up for being seen in such an "unnatural" state.

It felt natural as hell.

What did feel extremely natural, exactly as whatever god you believe in intended, was my second C-section. After some crazy high blood pressure readings inspired my doctor to move up my delivery a week, I walked into my hospital's labor and delivery around 3:30 in the afternoon with my husband. My son was born two hours later, I was given just the right amount of drugs (not too little, not too much), and just a few hours after that, I was nursing my baby, walking myself to the bathroom, and requesting that my husband go get us some good sushi.

It felt natural as hell.

So while I appreciate that some women are blessed with bodies that can handle drug-free, vaginal labors, let's stop calling those the only natural ones. The rest of us, regardless of how we delivered our babies into this world, deserve that hard-won label, too.