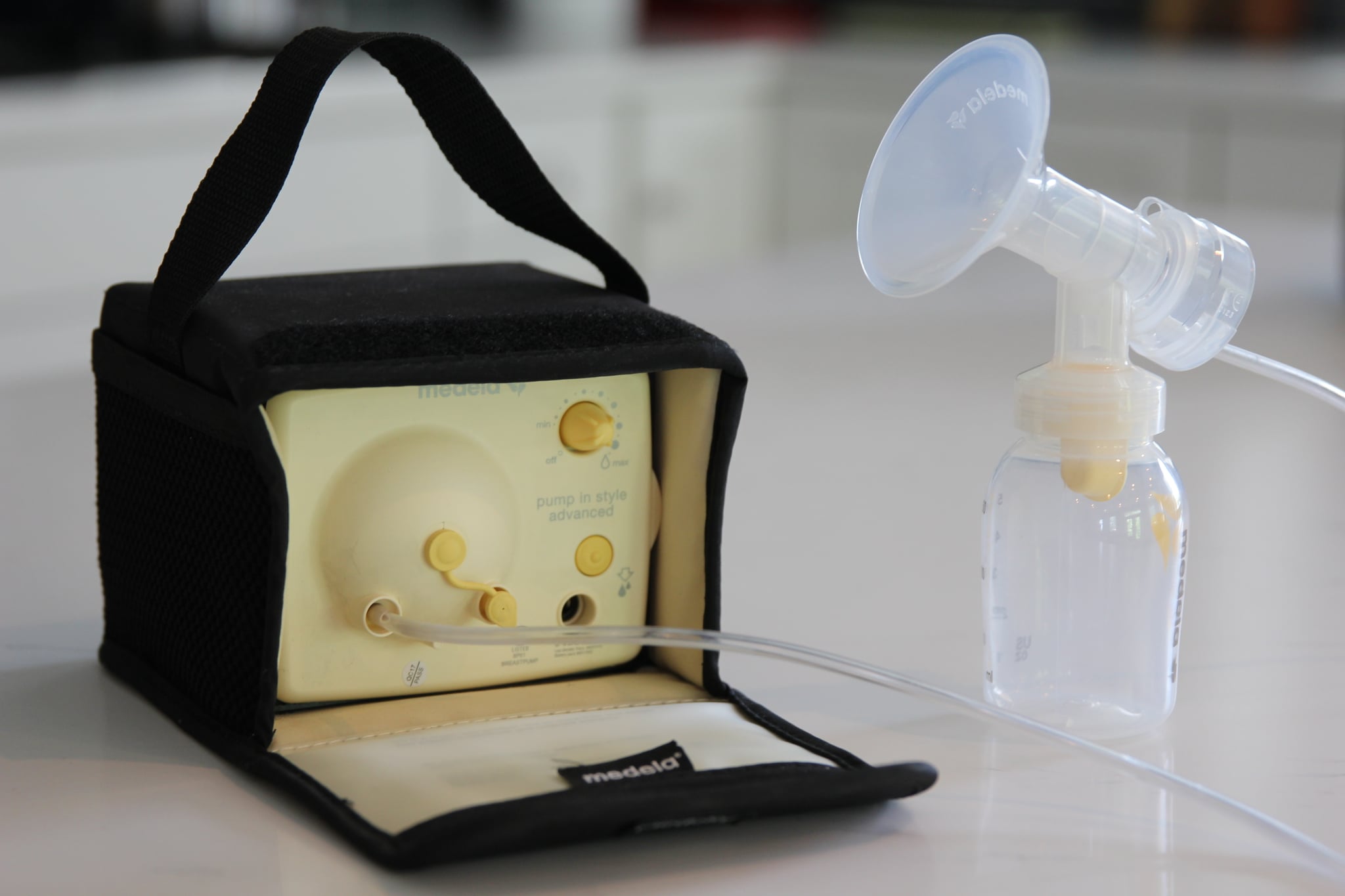 If you hook yourself up to a breast pump on a regular basis, it's safe to assume you've got a lot on your plate — you're clearly a mother to a baby, and you're likely dedicated to providing your child breast milk. There's also a good chance you work outside the home, and with pumping being as time-consuming as it is, you're probably struggling to get everything done each day.

So the last thing you need are more barriers to pumping.

Well. This week, the Centers for Disease Control and Prevention released a report about the death of a baby in which the determined cause was a rare but serious infection passed through improperly cleaned breast pump parts.

The investigation led the CDC to do some digging into widely held pumping standards. And the organization didn't like what it saw.

"We reviewed existing resources for women about how to pump breast milk safely, but found little guidance that was detailed and based on the best available science," Dr. Anna Bowen, a CDC medical officer, said. "As a result, CDC developed its own guidance."

On paper, this seems perfectly reasonable. After all, what's wrong with providing the most safety-conscious standards to new moms? In reality, however, it's setting us all up for failure.

What the organization created was a two-page printable fact sheet with step-by-step instructions for cleaning breast pumps before and after every use.

It includes a host of recommendations, including the use of a clean water basin to submerge parts, thorough air-drying, and sanitization "at least once daily" for extra germ removal.

On paper, this seems perfectly reasonable. After all, what's wrong with providing the most safety-conscious standards to new moms, especially after the tragic death of an infant?

In reality, however, it's setting us all up for failure.

Before the CDC stepped in, women were already buckling under the stress of trying to produce enough milk while attached to a whirring machine instead of a cooing baby. We were already well aware of how we should be cleaning our pumping kits while creating socially accepted workarounds (using individually packaged quick-clean wipes for when you're on the go, sticking pump parts in the fridge between uses so you don't have to meticulously clean them every. single. time . . .) to get by.

Consider those of us who work. There's a lot of us — 62 percent of women with children under the age of 3 are employed outside the home — and this news is making the already arduous process of pumping even more precarious. Never mind the near-impossible task of maintaining a sustainable milk supply while trying to find consistent half-hour, thrice-daily breaks to pump amid meetings and deadlines. Now these guidelines are all but mandating that we do so in the most sterile of circumstances.

Seeing how only 35 percent of US employers report having an onsite lactation room, working mothers are in actuality cleaning their pump parts in office kitchens, and they're storing their milk bags in shared, rarely cleaned refrigerators. Their tubing and flanges and valves are quickly packed up, rarely being left to air-dry thoroughly ("Do not use a dish towel to rub or pat items dry!" the guidelines warn). To follow the CDC's protocol, however, would mean leaving them on a paper towel atop the cramped 50-person break room counter to slowly air-dry, right next to the communal coffee maker. 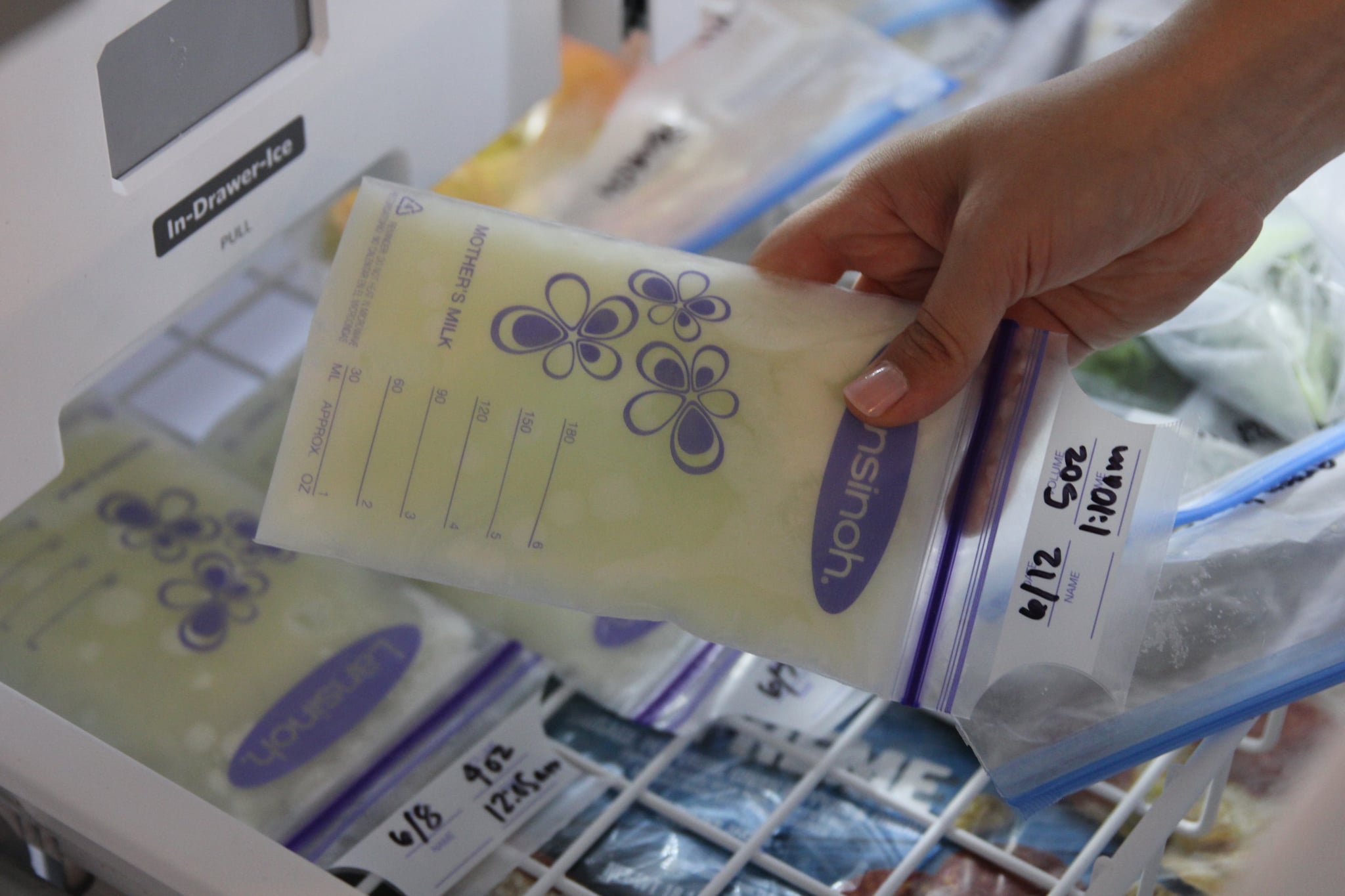 These new guidelines might seem helpful. They might be shared among mommy Facebook groups with the best of motives. But make no mistake that they are yet another nail in the coffin for the breastfed baby. That well-intentioned PDF is another roadblock to prevent women, particularly working women, from achieving their breastfeeding goals. It's fearmongering of the worst kind, because it preys on the anxious novice mother who would rather quit pumping altogether than do it wrong, the mom who only wants to keep her baby safe and healthy.

We keep forgetting that breastfeeding does that.

It's fearmongering of the worst kind, because it preys on the anxious novice mother who only wants to keep her baby safe and healthy.

That means one in three babies aren't meeting the most basic feeding standard set by the world's leading health organizations.

Isn't that the bigger issue?

Yes, a baby died. And it's truly heart-wrenching to think about. That baby girl was born premature, at roughly 29 weeks. The Cronobacter infection – which is so rare that the CDC only hears about four to six cases a year — took hold when she was only 3 weeks old. For an otherwise healthy full-term baby, it likely wouldn't have been fatal, but this preterm newborn had a weakened immune system.

This tragic incident was anything but typical.

Yes, the bacteria came from a breast pump, but because infections in infants have repeatedly been linked to powdered formula, Bowen admitted that the investigators themselves didn't even come to that conclusion immediately.

It's so incredibly unlikely this would happen to a mother who does a solidly decent job cleaning her breast pump. It's near impossible it'd happen to you, to your baby.

In an interview about the new guidelines, Bowen said: "Breastfeeding is really one of the best things that a mother can do for her baby's health and development and we applaud mothers for pumping when the baby isn't able to directly breastfeed."

We need to stop simply applauding mothers. And we most definitely need to stop creating barriers to what is quickly becoming an impossible feat for them to achieve.

Travel
Staying in a Hotel This Summer? Here Are 10 Tips to Be Safe and Healthy
by Dana Zepeda 10 hours ago

Personal Essay
Natural Hair in the Workplace Is Often Looked Down Upon, but That Needs to Change — Now
by Natasha Marsh 1 day ago

PBS
If You're Not Watching Beecham House, You're Missing Out on Something Really Special
by Nandita Godbole 1 day ago