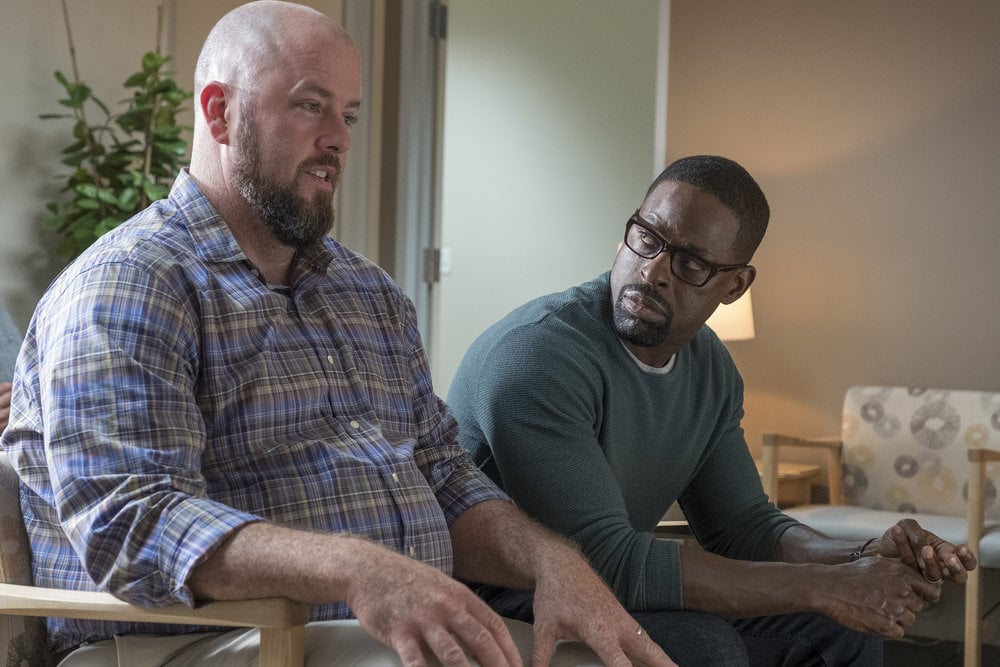 Warning: spoilers for This Is Us ahead!

When I first heard that it was possible for dads to experience postpartum depression, I'd be lying if I said my eyes didn't roll directly into the back of my head. After all, women are the ones who go through the morning sickness, swollen feet, and the physical demands of the delivery process, right? But believe it or not, male postpartum depression is a very real thing, and frankly, we should all try to be a little more mindful of it. After the March 12 episode of This Is Us — in which Kate gives birth to a premature son via emergency C-section who she and Toby agree to name after Kate's late father, Jack — a teaser from next week's episode hints that Toby may be struggling with postpartum depression.

Is postpartum depression a legitimate issue for new dads?

Dr. Tamar Gur, PhD, an assistant professor of psychiatry, neuroscience, and obstetrics and gynecology at Ohio State University's Wexner Medical Center, agrees that male postpartum depression is more common than we may think.

"Speaking broadly we know from a vast number of studies that transition and stress in life can precipitate depression. When people go off to college, get a job, or even retire, there's a spike in depression rates or mood symptoms," she said. "And becoming a parent is one of the biggest transitions a person makes in their life."

And we know what you're thinking: um, what about the person who carried the baby for nine months and actually gave birth?

"Even though the woman is the one to deliver the child, men do experience symptoms of depression based on the stress of a transition in life," said Dr. Gur. "So I don't think it's too far-fetched to think this is a real phenomenon."

And while the term "postpartum" definitely threw me off at first, Dr. Gur explained that from a medical standpoint, the word has to do more with a time period rather than anything about a woman's experience, specifically.

"Postpartum" is a medical term that means "after birth." As a mom who identifies as a feminist, Dr. Gur admits that she could understand how women find the concept of male postpartum depression problematic.

"Thinking about it conceptually, I don't think it should be too surprising to anyone that it's possible that bringing a new baby into the home may lead to an increased risk of depression in new fathers."

So what exactly causes postpartum depression in new fathers? According to a 2017 study from the US National Library of Medicine National Institutes of Health, it could be their testosterone levels.

The study evaluated 149 couples over a 15-month period after having a baby and found that, yes, a change in testosterone levels could put men at risk for postpartum depression.

"Following the birth of an infant, decreases in testosterone and increases in depressive symptoms have been observed in fathers," the study reported. "Paternal testosterone may reflect fathers' investment in pair-bonding and paternal caregiving and, as such, may be associated with maternal and familial well-being."

Dr. Christine Greves, MD, an ob-gyn at Orlando Health, agrees that the research on testosterone levels in new dads is especially compelling.

She went on to add that:

The study demonstrated that the men who had the lower testosterone levels showed a higher level of relationship satisfaction, which predicted lower rates of depression symptoms in their partners. Men who had higher levels of testosterone may have had higher levels of aggression and less partner satisfaction. It is fascinating how our hormones regulate our bodies in all different ways. This study will hopefully empower men and women to recognize their feelings, to know they are real, and to get help when help is needed.

Dr. Gur believes that the stress of bringing a new child home in general can also contribute to a male being diagnosed with postpartum depression.

"Some other things that may trigger depression have to do with having a baby in the home, like sleep-deprivation, changing of schedules, increased responsibility, and changes in diet and exercise."

She also cautions new parents about underestimating the importance of taking care of themselves — as challenging as that might seem in the beginning stage of parenthood.

"For people who maybe got most of their stress relief by going on a run or training for a marathon are all of a sudden not doing that," said Dr. Gur. "Even if it's playing video games or exercising or hanging out with friends, all of a sudden there's a shift in that. These are all things that can contribute to an increasing risk of depression."

What are the symptoms of postpartum depression in men?

As far as pinpointing the symptoms of postpartum depression, specifically, Dr. Gur said we have a long way to go in that department.

"The truth is we really only have scanned literature on it," she explained. "For women, some of the symptoms of having a baby are a little bit confounding, like changes in appetite, difficulty concentrating, and being sleep-deprived. So if you look at the Edinburgh Postpartum Depression Scale, [an online test new moms can use to self-diagnose], they've nicely tailored it for the postpartum time period so it makes it easier to diagnose."

It's a completely different story as far as dads are concerned:

"I don't know that the answer to whether or not postpartum depression in males is different from depression in general, as far as the symptoms go," explained Dr. Gur. "But figuring out those details will be an important part of getting to the bottom of the issue."

What does this mean for moms with postpartum depression?

In short, it doesn't undermine their experiences at all. Dr. Gur thinks that getting a deeper understanding for postpartum depression as a whole can only help those who are suffering from it — regardless of their gender.

"I don't think it negates the female experience to acknowledge that partners can also be going through something," she explained. "If anything, I think we can address the stigma of it for men, too. It would be a good thing for women."

And like many women, Dr. Gur had her doubts when she first heard about male PPD. But after researching it, she thinks it's an important mental health topic to discuss.

"The more I've thought about it and the more studies I've read on it, the more open I've become to the idea," she said. "I think we're in the dinosaur ages when it comes to mental health . . . I think it's also important to keep note of the fact that it's happening with males as well. We should 'let' men have it, too. It's a rising tide for everyone."

Related:
I Didn't Know I Had PPD Because I Thought It Meant I Had to Hate My Baby

What should dads do if they think they have postpartum depression?

For starters, don't be afraid to talk about it, as there's enough stigma around mental health issues as it is in the US.

"Men seem to have an added barrier to having these feelings in the first place," said Dr. Gur. "I would suggest that fathers going through this seek out a peer group, like other new dads or family members.

She added that it's important to carve even a few minutes out for yourself, even if it seems near-impossible with a newborn at home.

"I think trying to maintain some level of self-care is also important, " she said, adding that: "We're not talking about going to the bar with your friends and drinking. It's more along the lines of going on a run, talking to a friend, and making sure that you have time to do that."

If you're not sure whether or not you have postpartum depression, Dr. Gur recommends doing a quick scan on the internet, consulting your physician, or calling your insurance to find out what mental health professionals they cover.

"Mental health experts are never going to judge you for how you're feeling," she said. "No one's going to laugh at you for having postpartum depression or struggling after a big transition in your life."

It's also critical for dads to start a conversation about how they're feeling with their partner.

"Talking openly and honestly with your partner is really important," advised Dr. Gur. "Circling the wagon isn't going to work. If people start offering you help, accept it whether they invite you to come over and watch the game while they look after the baby or offer to drop off food. It's OK to ask for and accept help." 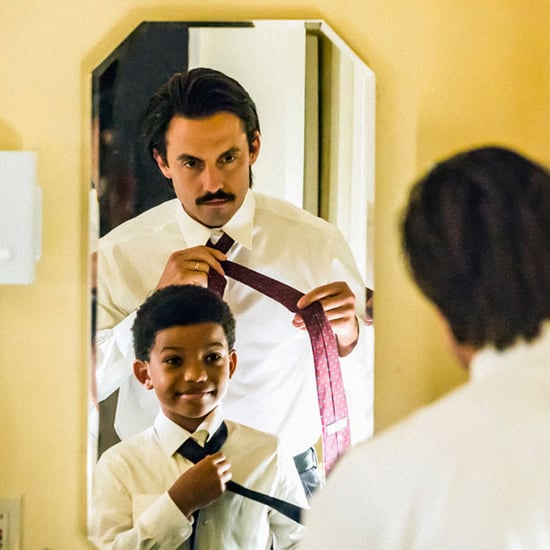 Sterling K. Brown
"This Is Us" Captured the Complexity of Adoption and Interracial Families
by Jada Welch Olson 3 weeks ago 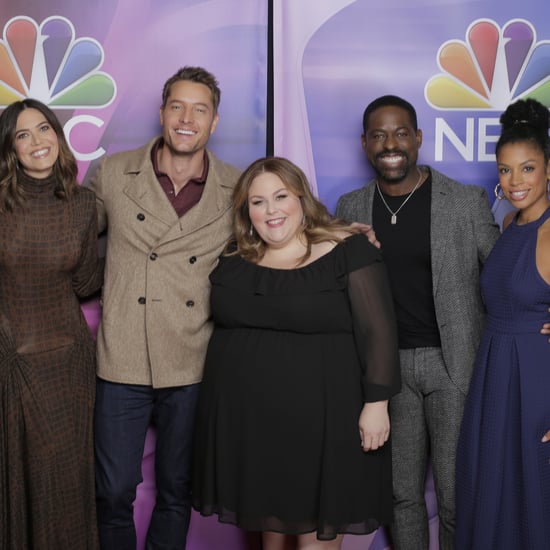