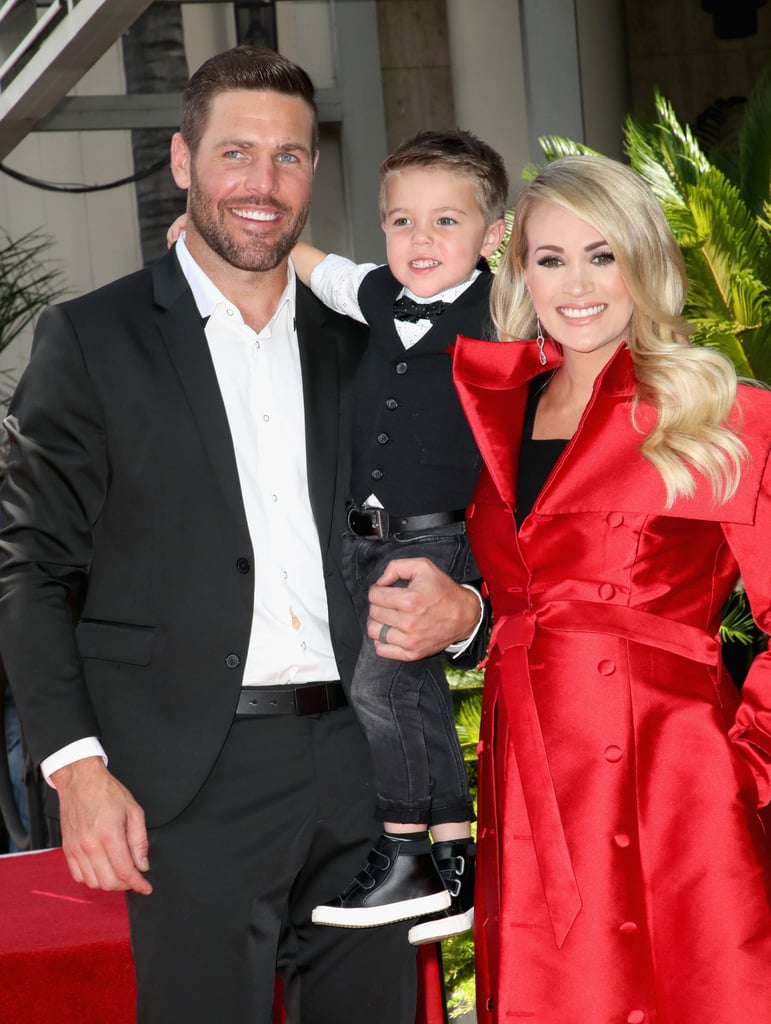 Aww, Carrie Underwood's Toddler Is So Attached to Her, He’ll Stare at Her and Say “I Just Love You”

Carrie Underwood and her husband, Mike Fisher, are thrilled to be welcoming a second baby into their family early next year, but it seems as though their 3-year-old son, Isaiah, may not exactly be on board just yet. While talking to People Now alongside Brad Paisley, Carrie mentioned that her son made a hilarious comment about his future little sibling, and we can't stop laughing.

"He told me recently that when the new baby comes that Daddy could have that baby, and then he could be mine," she said of her son, who she calls "the sweetest." As it turns out, Isaiah is pretty attached to his mom — so much so that Carries says she "feels bad" for Mike sometimes — so it's probably hard for the adorable little guy to understand completely how his world is going to change a bit once he's a big brother. "Isaiah is my guy. He loves me. He looks at me and talks to me and interacts with me like nobody else on this planet. He'll stare at me, and I'm like, 'What are you looking at?' And he's like, 'I just love you.' What kid does that?"

SO cute! We can't wait to see how Isaiah takes to his little sibling — we're sure with all that sweetness in him, he'll do just fine.