A month after Ulla, a sweet 1-year-old tabby who had been living on the streets, stumbled into the Dyrenes Venner animal shelter in Nuuk, Greenland, Tone Frank, a member on the shelter's board, noticed she was getting a "little chubby," and took her to the vet. During an ultrasound, Tone and Ulla got a little surprise: she was pregnant.

"So I took her to get scanned at the vet, which she wasn't too happy about," Tone told Today. "It was pretty amazing. I've never seen a cat get an ultrasound. We saw little kittens in her tummy."

Related:
I'm a Cat Person, and Here's What I Know to Be True

Dyrenes Venner posted hilarious side-by-side photos of Ulla to Facebook, but as soon as they were shared on Reddit with the caption "When you find out you're pregnant," they quickly went viral.

The vet predicted that sweet little Ulla will have four or five kittens, though they can't hear all the heartbeats just yet. And while no one likes to hear about an abandoned animal, Tone and his team believe that Ulla's story going viral has certainly done some good: she found a loving family to adopt her.

"The number we have on the owners who picked her up last year doesn't work," said Tone. "We've posted her online and on Facebook; no one seemed to miss her. So she has gotten a new home now, a place that has two dogs and one more cat, and they're doing great."

As for the kittens? Tone is planning on finding each one a forever home, too. "The new family agreed to let her have her kittens and when they're ready to leave, we will be finding new homes for them as well."

Let's hope Ulla has an easy and healthy birth!

Cats
I Couldn't Figure Out Why My Pets Chased Their Tails, So I Asked an Animal Behaviorist
by Murphy Moroney 1 day ago 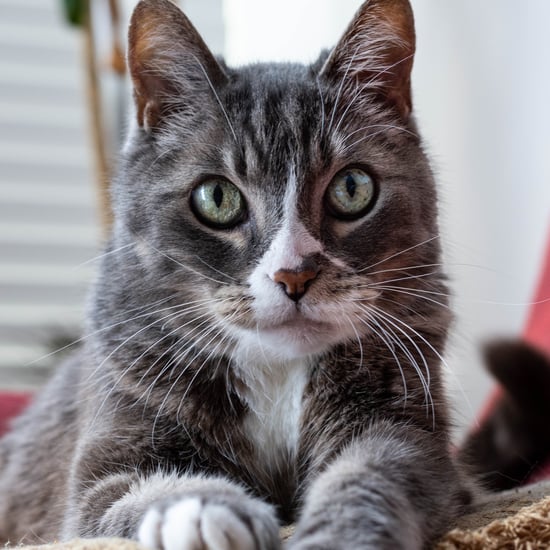