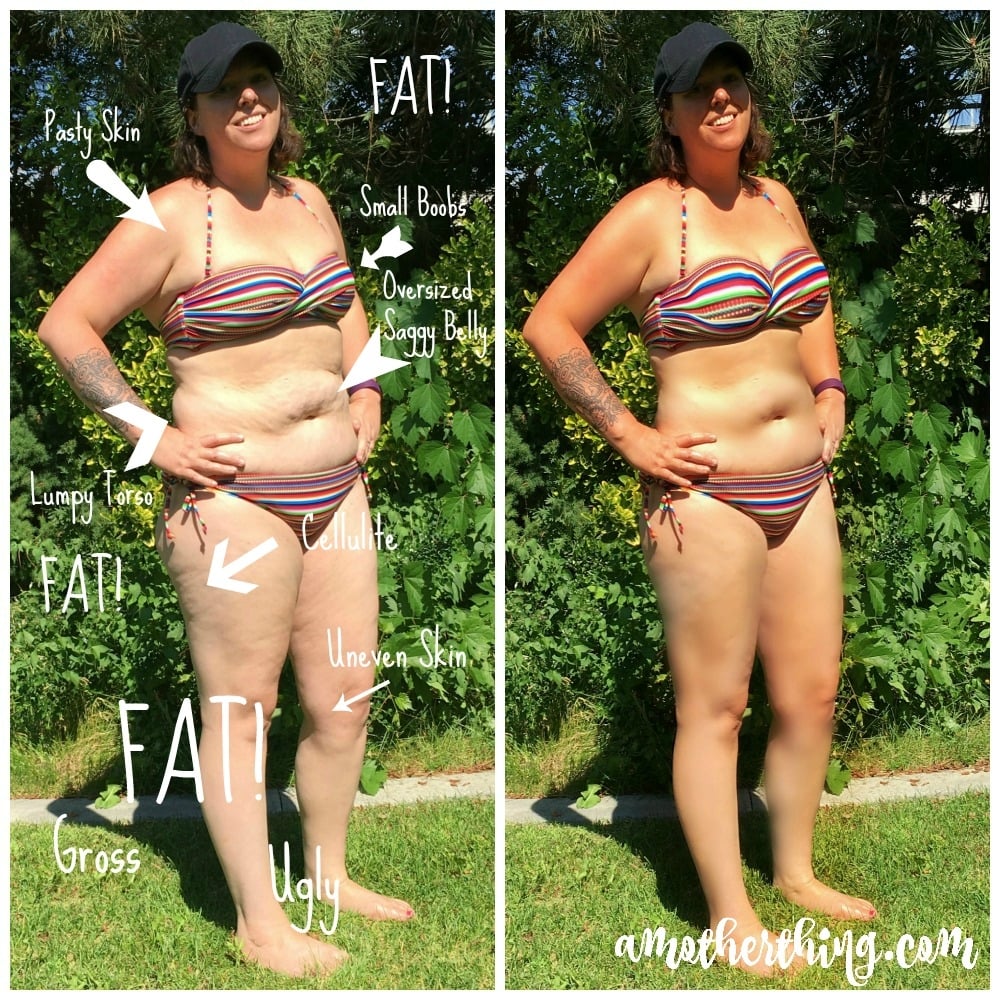 Being told that you're fat can hurt no matter who says it, but Katie Reed learned that it's a particularly harsh sting when it comes from your own small child.

As a busy mom to three young kids, Katie felt like she had a "mom bod," but with the support of her husband, she wasn't too concerned about her physique. However, after an innocent exchange with her oldest son, Dexter, this mama was sent reeling and in question of whether her worth is dependent on her size.

According to Katie, as she was tucking her 5-year-old boy into bed, he said, "Mommy, you look like you're having a baby! Don't worry. It's just 'cause your belly is so fat!"

Understandably, Katie was caught off guard by her child's observation and sudden proclamation. "I actually asked him to repeat himself, as I didn't quite get what he was saying when he said it looked like I had a baby in my belly," Katie told POPSUGAR. "Then, when he called me fat, I understood it in glorious Technicolor!"

Instead of letting her son unintentionally body shame her, Katie decided to teach her children a valuable lesson.

To make a powerful point, she took her kids to Target, let them pick out any bikini they liked best for her (and of course the rainbow option won!), and asked her oldest to take a photo as she stood in their backyard.

When Katie took a look at what her son captured, she was shocked.

In order to show the surprising difference between how Katie assumed she looked versus her reality, she posted two versions of the photo side by side — one photoshopped to reflect what she thought her body looked like compared to the untouched truth that she's working to be proud of: "This is how I thought I looked: I had curves and a banging body. Overweight, yes, but not too bad. But alas, the reality . . . hit hard. I was at war with myself. I saw only my cellulite, my lumps and bumps, my body that was so far removed from what I thought it was."

Katie then made peace with a difficult truth: just because she didn't see it doesn't mean it isn't there.

"I think moms in particular are so exhausted from giving their all to their kids that they kind of hide from themselves instead of seeing their reality," Katie added. "By seeing ourselves as we really are and celebrating our postpartum bodies, we can teach our children that every scar, stretch mark, bulge, or lump tells a beautiful story."