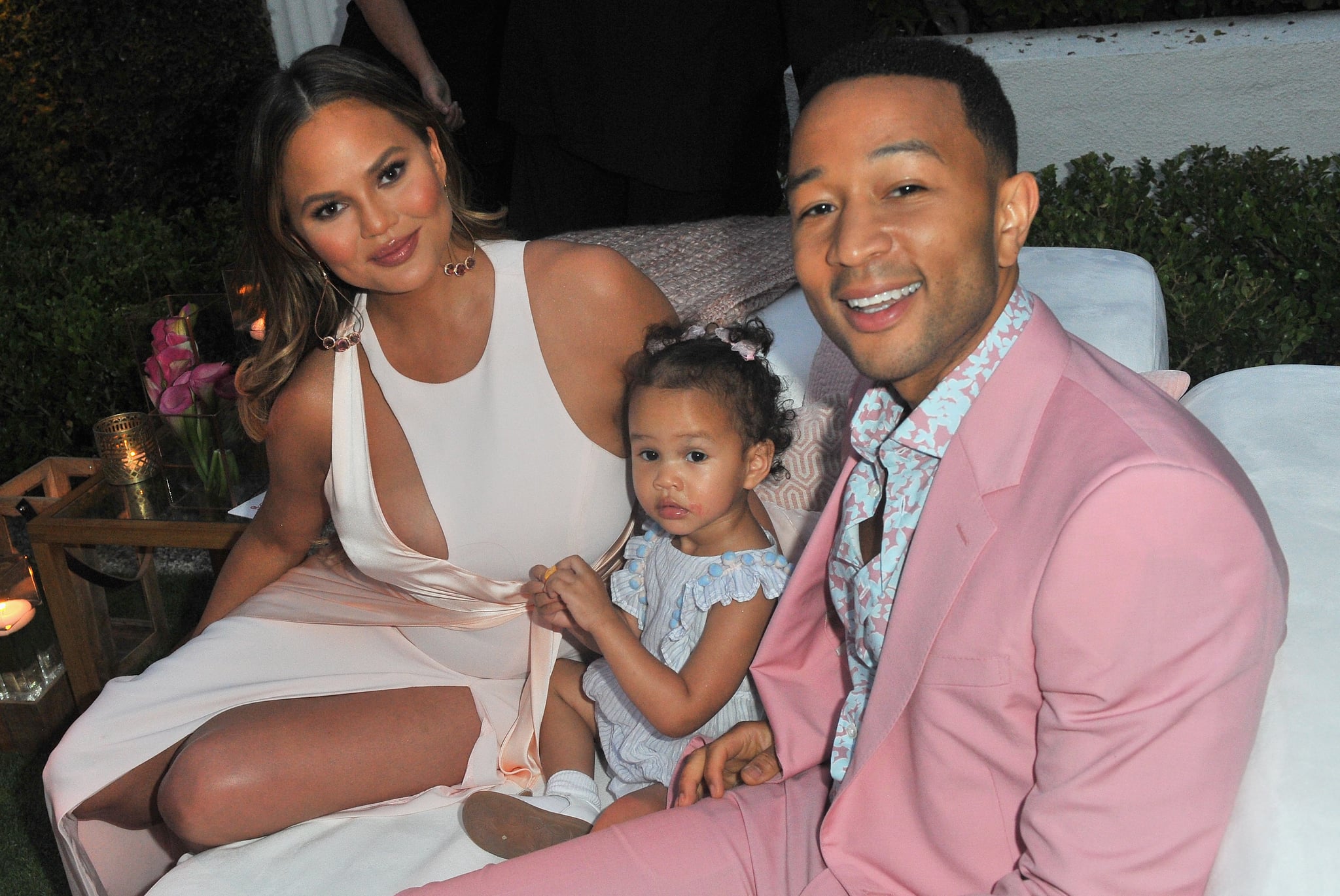 When Chrissy Teigen's BFF Jen Atkin interviewed her at POPSUGAR Play/Ground, it was obvious the audience wanted to hear about Chrissy's family life. Cheers erupted every time Chrissy mentioned kids Luna and Miles or husband John Legend, and then there was the moment Luna crawled onto the stage to keep her mom company. It was frickin' adorable. But despite the "aww"s from Chrissy's fans and my own personal acknowledgment of Luna's awesome fashion sense — her mom might've been wearing a lilac Solace London mini, but I was more struck by Luna's lace number — my favorite part of the chat was when Chrissy discussed John's approach to being a husband and a dad:

"He's so good. I knew he would be a good dad when I first met him. He's just very warm and loving. I knew he'd be a great father to a daughter because he has so many female friends and the respect — John is the ultimate feminist — the respect he has for women, he treats them as equals . . . The way he speaks with [Luna] and interacts with her is very adult. He would wake up with me every single time I would wake up just so I wouldn't feel like I was alone in it during those first few months of having a baby. He would just sit there and he would read me New York Times articles as I was pumping or breastfeeding. He was just always present, always there. He never made me feel bad about it. You could thank him for it, but he'd be like, 'Don't say thank you, it's just what I'm supposed to do.'"

Related:
Chrissy Teigen Reveals the 1 Thing She Won't Post on Social Media, and Parents Will Relate

"He would wake up with me every single time I would wake up just so I wouldn't feel like I was alone in it during those first few months."

Wait, NY Times articles in the middle of the night?! That sounds like something you'd have to ask Alexa to do. But Jen didn't seem as shocked as I was by John's devotion. "We're both in very modern relationships where our husbands understand the quality of sharing household chores. There's no reason we should be doing 'the woman's work' when we both live [in the house]," Jen said as Chrissy nodded in agreement.

"John loves doing Sunday dinners. He loves cooking for us, and he takes pride in it. It's not a favor when he does it, and it doesn't feel like a job or a task . . . In the 12 years we've been together, we haven't had gender roles or 'this is your place, this is my place.' I still don't mind taking care of him, but he takes care of me in other ways," Chrissy said.

The fact that her extremely good-looking husband also writes hit songs about her is just the icing on the cake, but hey, I'll take the Sunday dinners and crib-side articles. Someone who understands that a family does not have predetermined roles based on gender is my kind of person, so I guess that's one thing Chrissy and I have in common.