we have reached a settlement.

Court is now in session! Candy court, that is. We've probably all had those moments as kids where we'd ask our parents for a piece of candy or an extra treat from the cookie jar, and the answer was usually a resounding "NO." But I, for one, didn't have Luna Stephens's negotiation skills. In a two-part Instagram video posted on Monday, Chrissy Teigen shared a glimpse into what it's like to talk candy with her three-year-old daughter — and Luna's arguments are so solid, I feel like we all deserve a piece of candy now.

"I now call to order the meeting of the candy," Chrissy began the very important discussion, asking Luna to give a statement about why she deserves to eat candy. Luna's response? "I want it because I want it and I like it." Look, I'm no lawyer but that sounds like a pretty strong argument to me, and if that nod is anything to go off of, it looks like Luna has already persuaded her dad. Chrissy — or Judge Chrissy, as she'll be called on her upcoming Quibi show Chrissy's Court — wouldn't let the answer slide, though, without getting Luna to agree to a few conditions first.

If you ask me, Luna and Chrissy reached a pretty decent settlement. Watch the full negotiations play out ahead, and see Luna get hilariously real about why she's always right about more than just candy. 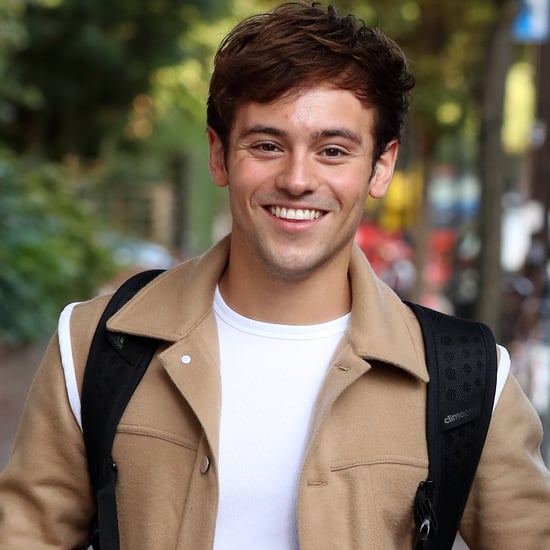 Summer Olympics 2021
Olympic Athlete Tom Daley Has a Whole Instagram Devoted to His Crochet Designs, and We're Diving Right in
by Sarah Wasilak 17 hours ago

Summer Olympics 2021
In a Passionate Letter, Allyson Felix Shows Her Daughter — and the World — What a Strong Mama Looks Like
by Kate Schweitzer 19 hours ago