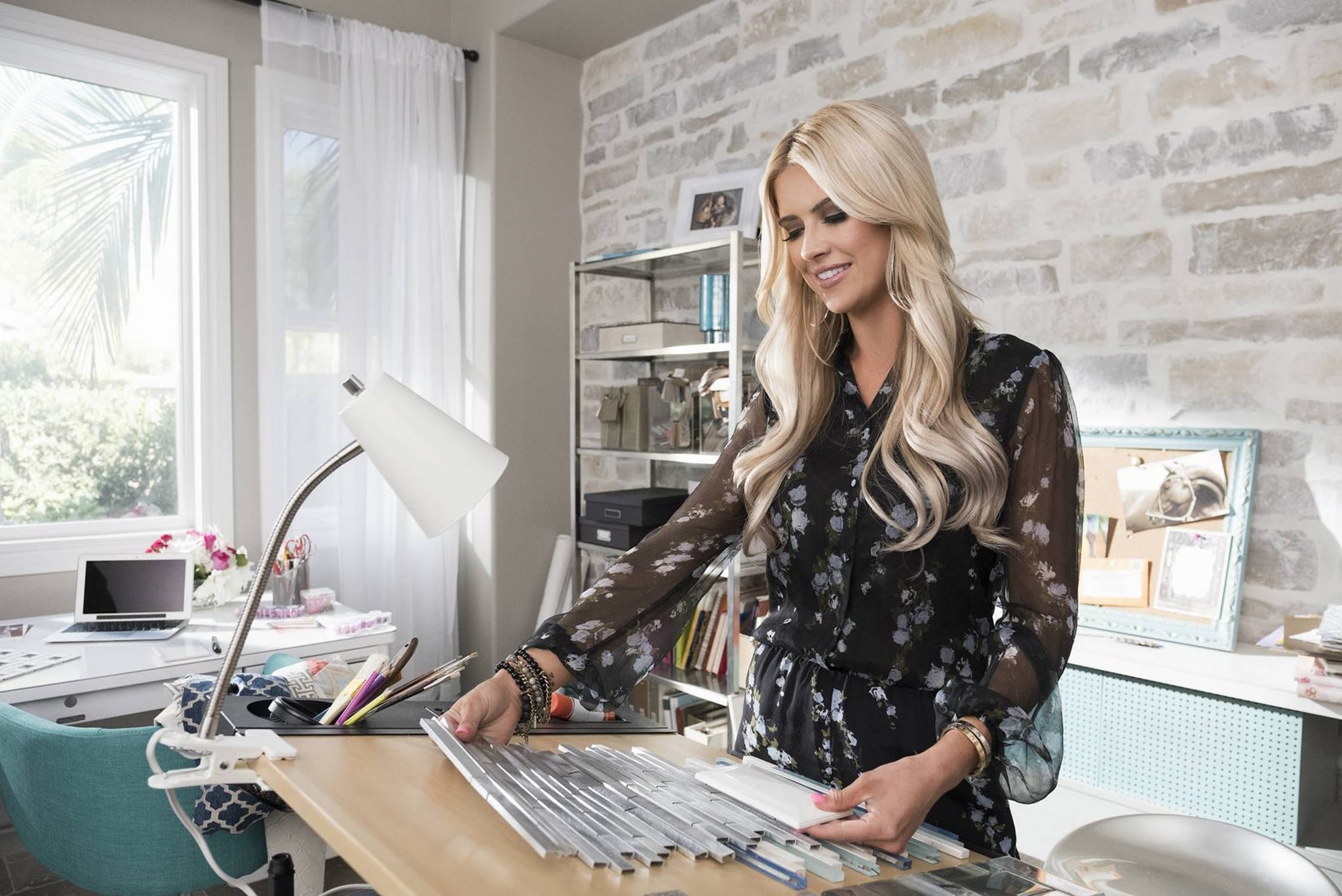 Christina El Moussa is ready to get the cameras rolling, but this time, it'll be without ex-husband and former Flip or Flop costar, Tarek El Moussa. In a new HGTV series titled Christina on the Coast, the mom of two will take her design skills across the coast of Southern California while also spotlighting her personal life. The eight-episode series will premiere in early 2019, and the first episode will show Christina renovating and redesigning her own new home in Newport Beach. According to People, the subsequent episodes "will follow her as she helps other homeowners transform their own outdated properties into high-end showplaces."

"Design is my favorite part of the house-flipping process, and I can't wait to be able to now work directly with clients and create a space they've always dreamed of having," Christina said in a statement. "The past few years have brought a lot of change into my life and I am so excited to see what the next stage has in store for me both professionally and personally, there is so much to look forward to and this is only the beginning."

Related:
How Christina and Tarek El Moussa Shocked Everyone by Becoming More Successful Than Ever Postsplit

Though Christina and Tarek continued to film the final season of Flip or Flop after news of their split, we're so excited to see what Christina on the Coast has in store for all of our design dreams.