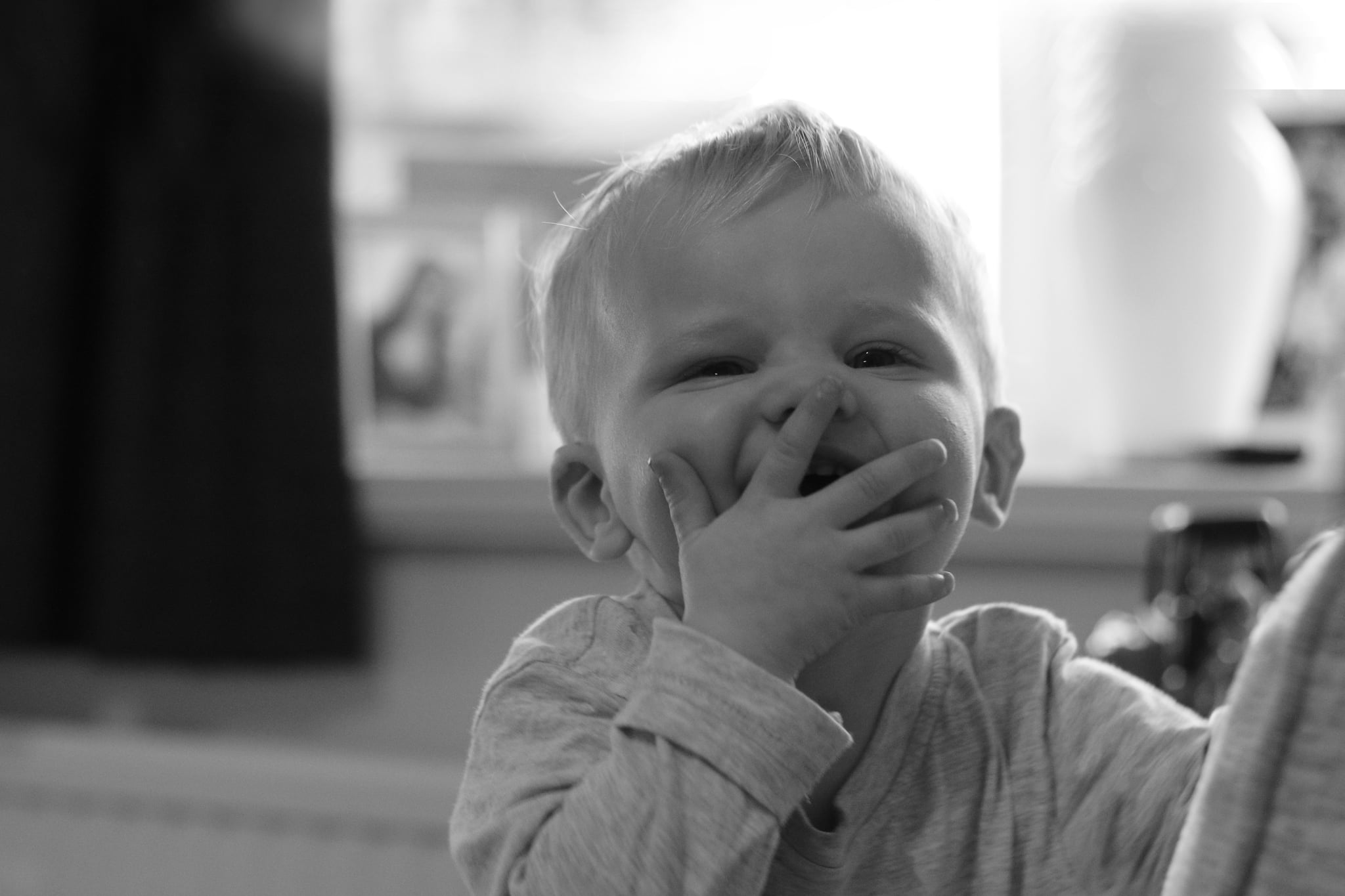 A few weeks ago I was driving morning carpool to school, listening to my '90s gangster rap and minding my own business. After a few minutes the excited voices in the back seat lowered, which any parent will tell you is when the sh*t starts to get real and you better tune in ASAP.

Awww! I couldn't wait to hear what cute little kindergarten-appropriate verbiage she'd picked up on the playground. I was envisioning something along the lines of "booty" or "poppycock." I made a mental note to jot whatever she said in her baby book for a nice little chuckle later.

"It's F*CK!" she blurted, obviously proud of herself for solving this mystery so early in life.

The collective gasps from her audience hung in the air as I brought the van to a screeching halt on the side of the road and turned down the Tupac.

"Oh my God, Lila!" I exclaimed "Where did you hear that?" I lowered the music and turned around with eyes that looked deep into her soul. Eyes that pleaded, "Please don't rat me out in front of everyone!"

I could see she was confused, wondering why I was asking something that was so obvious. I'd probably dropped the f-bomb a half dozen times already that morning and it was just shy of 8 a.m. Dribbling toothpaste on my shirt. Discovering the hermit crab had escaped from his cage again. Opening a lunchbox to find yesterday's yogurt was still in there, now rancid.

"OK, OK. Fiddle dee dee," I interrupted. "It doesn't matter. Let's not point fingers. That's in the past. Let's move on," I said, putting the car in drive. "But you all know you're never, ever supposed to say that word, right? No bad words!" I did my best to point my finger into the rear view mirror with authority as my eyes scanned the car back and forth.

Everyone just stared back at me with wide eyes, mouths agape.

We drove the rest of the way in silence; me deep in thought contemplating how to explain to my kids how the world works — basically why I do all the things I tell them not to.

"Oh and . . . DON'T TELL YOUR PARENTS!" I yelled as I pulled up to school and the neighbor children leaped out of my mini van and sprinted away from me as quickly as possible. "I'LL BE KICKED OUT OF CARPOOL!"

That afternoon when my daughter came home, I sat down next to her while she ate her snack.

"OK, so that word you said this morning. You know you're never, never, never supposed to say it, right?"

"Umm, OK. Right. I say it by accident, and I'm going to try super hard not to say it anymore."

"What does it mean, anyway?"

"Nothing. I don't know. Hey how 'bout let's ditch this lame-o apple and have us some cotton candy, whaddya say?"

All things considered, cursing is only the tip of the iceberg when it comes to the amazing double standards I've laid out for my children.

I put strict limits on their screen time while I scroll through Twitter, suddenly coming to and realizing three days have passed. I serve them carrots for lunch then hide in the bathroom eating mini Twix like it's my job. I preach "what really matters is on the inside" as I slather three different kinds of cream on my face every night and complain to my husband that I look like the Crypt Keeper. Every chance I get, I teach them that kindness comes above all else but then promptly honk and flip the bird to the assh*le who just cut me off.

Related:
7 Reasons Moms Who Swear Are the BEST F*cking Moms

And I understand their frustration when they see my actions contradicting my words. I remember my sisters and I throwing a fit in the back seat because we had to wear a seat belt while my dad didn't. Though looking back at the situation, with four hormonally unbalanced females screaming in his ear, the seat belt would have only prolonged his misery once he found the perfect pylon to ram into.

I remember my parents, both smokers at the time, grounding my sister when they found cigarettes in her purse.

And the mother of all childhood memories — helping my mom make dinner one night while she gave me a lecture on waiting until marriage to have sex.

I recall her answer was to stir the spaghetti sauce with sudden violent ferocity as she mumbled something like, "It was the '70s, for crying out loud . . ."

The reality is, as parents, we're all doing our very best to raise decent human beings. Inherently we understand the best way to do this is to set a living, breathing example — let our kids see us eating our brussels sprouts and waving to the neighbor while her dog takes an enormous dump in our yard.

Unfortunately, the best way is also the most difficult.

Even seemingly perfect parents, those whom I have "parent envy" for (yes this is a thing with me), are far from perfect in real life. We curse. We drink. We throw tantrums when we're tired and hungry. We watch too much TV. We hide behind toilets to eat fun-size candy bars.

We talk to our kids until we're blue in the face about the line between right and wrong, but physically we demonstrate (ahem, some more than others) that nobody is perfect. The example we set is to try your best and know that deep down, everybody else is too.

Which might be the best f*cking lesson of all.