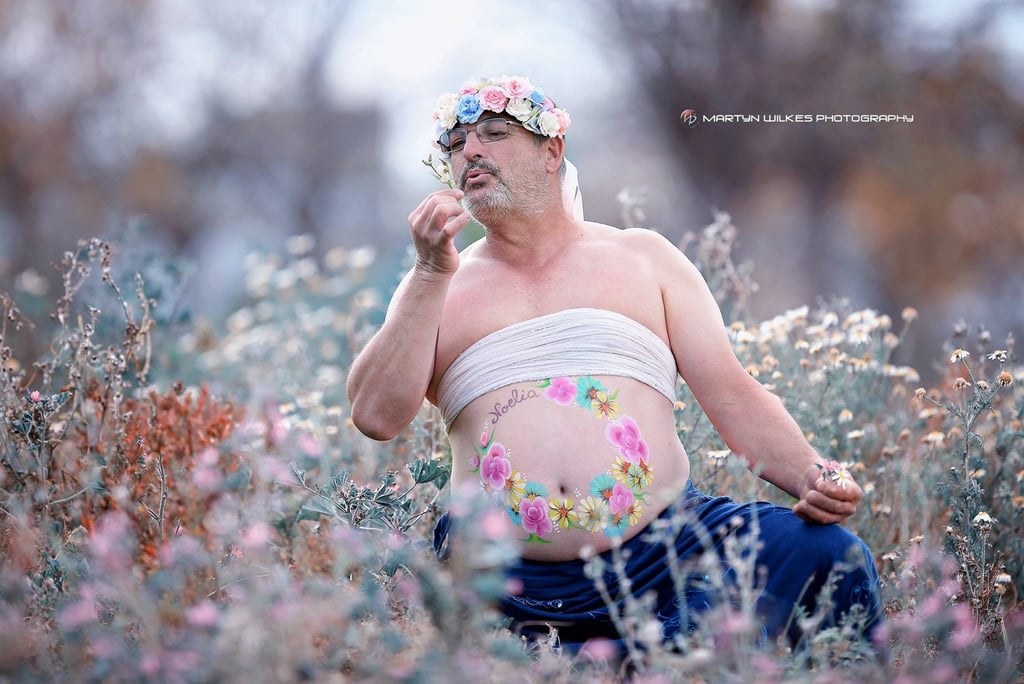 Dad's "Maternity" Photos Are Nothing Short of Hilarious

The internet is no stranger to sets of beautiful and unique maternity photos, but paternity photos are a whole new concept that is giving us so much life. In a hilarious photo shoot from 2016, a dad named Paco posed for his friend, photographer Martyn Wilkes, five weeks before his daughter, Noelia, was expected to arrive. In nothing but a skirt and flower crown, Paco beared his belly, which was painted with flowers and his daughter's name, while Martyn snapped him in typical maternity shoot positions.

Although Paco is the star of the shoot, the vision was all Martyn's. "I had been shooting lots of normal mommies and wanted to do something a bit different," he told POPSUGAR. After sharing his idea with Paco, Martyn organized the outfit, accessories, and poses, and says, "Paco nailed it!"

Scroll through to see the silly — and honestly, really adorable — photos of Paco.

Related:
This Dad's Reaction to His Rainbow Baby Being Born Is Beyond Moving
Previous Next Start Slideshow
FatherhoodParenting HumorPregnancyHumor
Around The Web