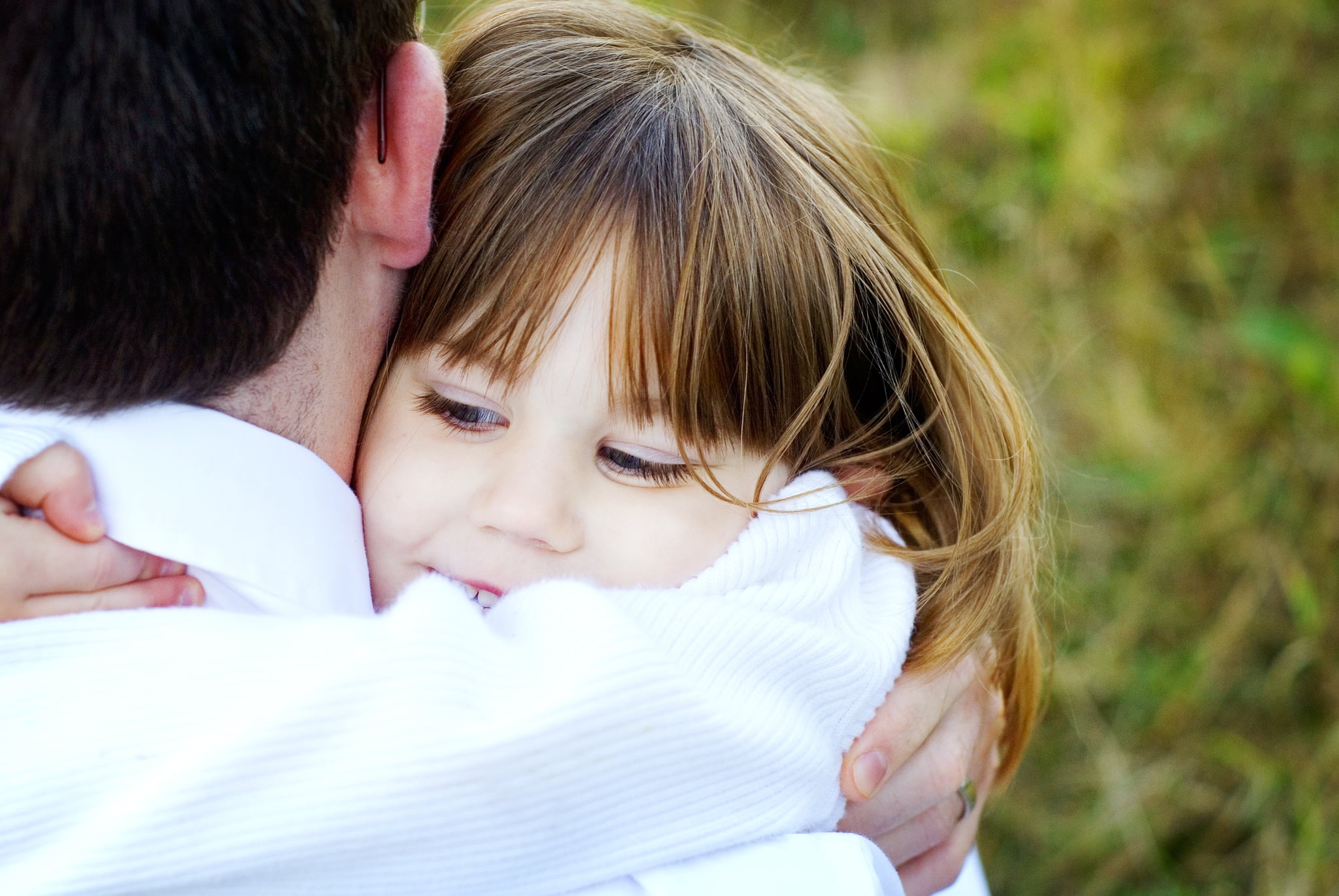 The following article was written by Ben Stahl, the husband of POPSUGAR Moms contributor Kate Stahl, with a few loving edits from his grammatically superior wife.

I think of myself as an involved father. I am home by 6 p.m. most nights. I change out of my suit and tie, eat the dinner my wife has prepared (the fact that she's such a good cook was a postmarriage surprise and one I'm extremely grateful for), and jump into it with the kids.

Most nights I send my wife, who stays home with our kids, upstairs for a breather while I play with our son, who's almost 3, and our daughter, who turns 6 in April. Then I finish cleaning the kitchen, bathe our little monsters, and put one of our kids to bed while my wife takes the other. I know a lot of dads who leave before their kids are up and aren't home until after they're asleep, but it's important to me to be a big part of their lives. On the weekends, I do my best to make sure my wife gets time to rest and do her own thing while I take over some of the parenting duties.

However, I'll admit that even those two hours and weekends with our wild, meltdown-prone children often leave me feeling exhausted. It's hard to imagine how, most days, my wife tacks on another 11 or so hours solo with them and doesn't end the day in the huddling in the fetal position or throwing back a bottle of wine (though I'll admit, I've seen her do both a time or two).

The truth is, I think my wife is much better at being with the kids than I am. She has more practice, more patience, more stamina. She's totally in tune with their needs. I like the setup we have. Yes, it's pretty gender normative and traditional, but it works for us. I make the bulk of the money our lives require while she takes care of the house and, most importantly and exhaustingly, the kids.

So the thought of taking two weeks off work over the holidays to go on vacation with my family left me feeling a little anxious. I was thrilled to break from my routine, shed the tie for a while, and get some quality time with my kids, but I also knew that quality time would be far from stress-free. I've traveled with our kids enough to know that new beds also mean less sleep, relaxing their schedule can also mean more tantrums (a 2-year-old is a 2-year-old, no matter how close you are to the beach), and when we're on vacation, my wife expects me to do half of all that work that she's so much better at. But 13 days later, I left our trip with a new perspective on my wife and on parenting.

Thirteen days later, I left our trip with a new perspective on my wife and on parenting.

First I realized just how much my kids want to be with me. Those two hours I spend with them during the week are chaotic and stressful mostly because we're all tired, but they're also acting crazy because they're so excited to see me. With a huge chunk of time, we were all able to mellow a bit and just enjoy each other without the constant "Daddy, Daddy, Daddy, watch this, watch this . . ." that I'm so used to hearing. I realized that having the time to engage with my kids more actually made all of our time together (OK, most of it) better.

At the pool one day, my son introduced me to another little boy not as his dad but as his "best friend" (heartbreaker). I got to see my daughter, who's only halfway through kindergarten, playing Head's Up with a group of adults and totally holding her own. I realized that they are not just endless buckets of need but high-functioning humans who were no longer essentially ruining my vacation, but actually adding to it.

But part of being my son's new "best friend" meant that he barely left my side for the entirety of our trip. Actually, scratch that — my side would have been nice. Instead, he was crawling on my head, pinching my neck, and Hulk-smashing my whole body. Suddenly, I understood why my wife isn't always so into cuddling with me after the kids go to bed and that being "overtouched" wasn't a word she made up, but a real concept.

Music
Kacey Musgraves's "Gracias a la Vida" Poses the Question: Has She Earned the Right to Sing Classic Spanish Covers?
by Christina Berke 4 days ago