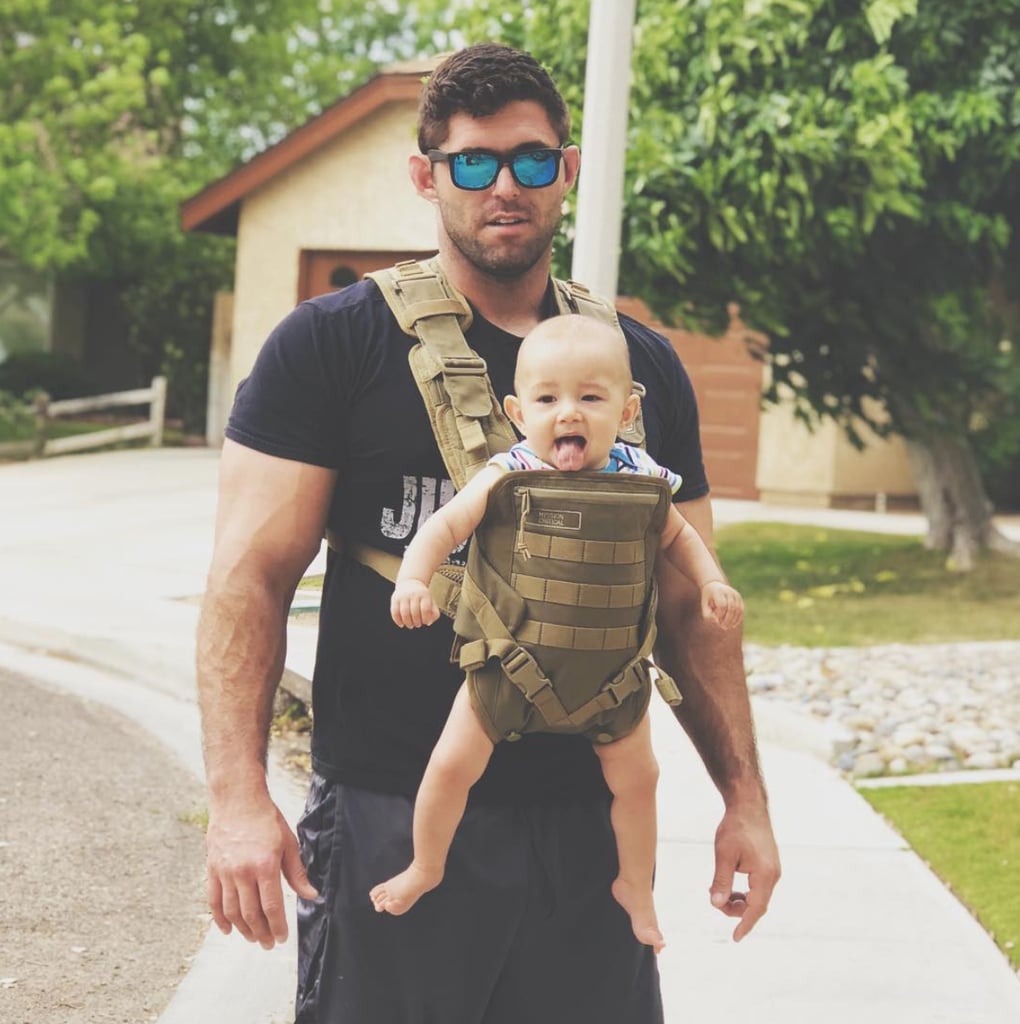 Yeah, we're going to need the fire department over here: the post ahead contains photos of men wearing their babies, and it's the hottest thing we've seen since man discovered fire (funny the things that leave you hot under the collar once you've become a parent, huh?). As if a man simply holding a baby isn't already hotter than a Summer heatwave (doesn't even need to be his baby, but bonus points if, as Maury Povich says, they are the father), dads sporting various carriers and slings with their babes in tow is downright dreamy.

Ahead, find several dads who are about to prove that there isn't anything much sexier than a dad who's baby-wearing. (You've been warned.) (Enjoy.)

Babies
I Can't Get Over How Insanely Detailed This Starbucks Newborn Shoot Is; Just Look at the Chip Bags!
by Murphy Moroney 4 days ago