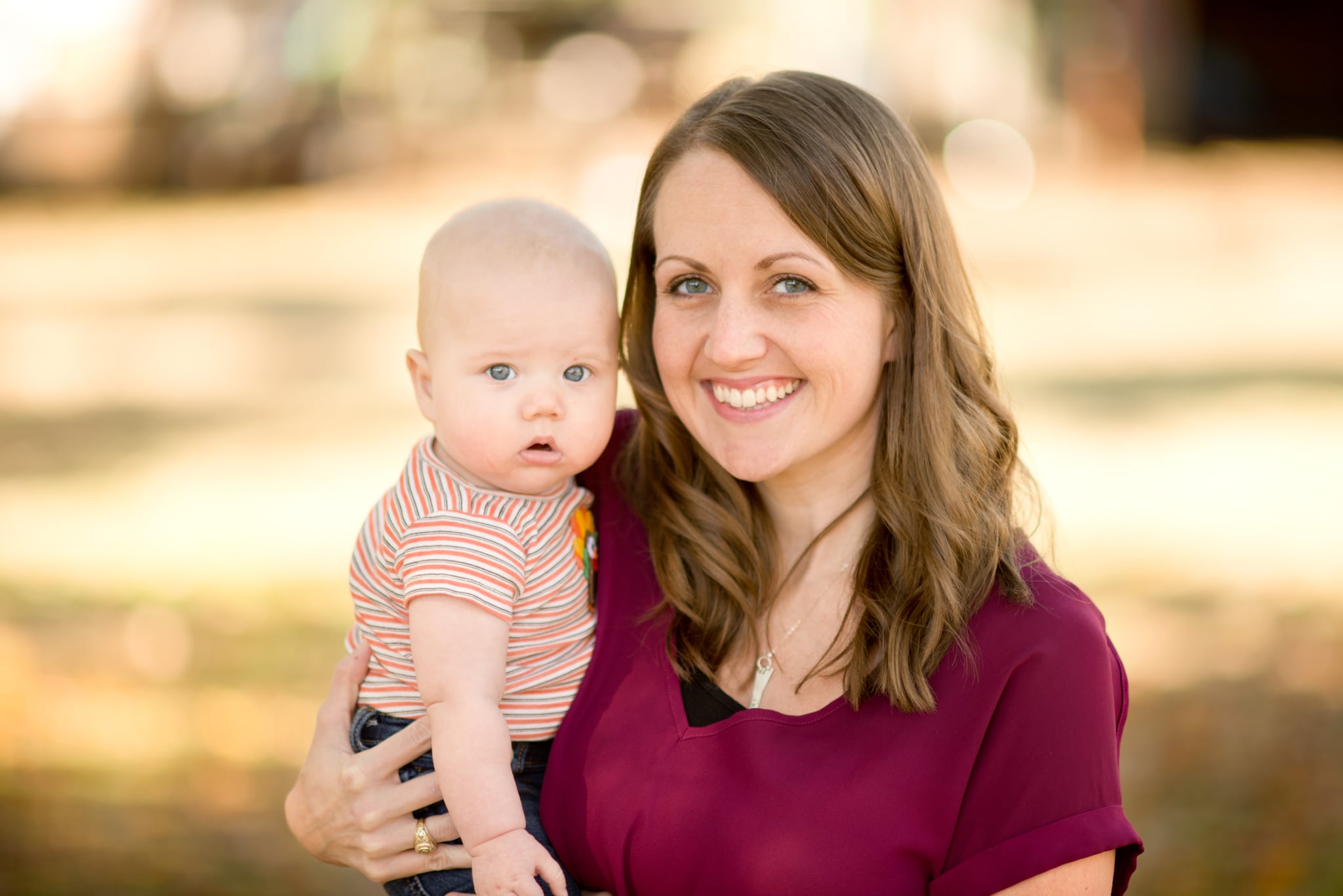 It was a warm Summer morning when my husband, his arm wrapped tightly around my shoulders, looked lovingly at our baby boy. Our son was playing on the floor at our feet, and over his faint coos of laughter I turned to my husband and whispered, "This is enough. This is all our family needs, let's be done."

OK, so that's not exactly how it happened. Obviously, life-altering plans about bringing another being into the mix are conversations that happen over and over again until you feel like you've talked about nothing else.

As my son rounds the bend to being a 2-year-old, the questions about when we're having another have started to ramp up. Regardless if these questions should or should not be asked, I try to answer them as honestly as possible: we're probably not going to have another baby, and I'm only sometimes OK with that decision.

Since I am an only child myself, I know full well what being a family of three means. There will be times when my husband and I will have to be substitute-siblings, playing games when we don't want to and making a concerted effort to teach our son to share. There will be times when my son may long for a brother or sister, especially once he realizes that his friends all seem to have a sibling to torture and adore. There were times when I was growing up that I fantasized about having a sister, especially a younger one who I could boss around, so I get it.

However, I wonder how much my occasional desire for a sister or brother was because I felt like that's what I was supposed to want. Only children frequently get stigmatized, and I remember getting questions about isolation, boredom, and feeling like something was missing. I occasionally got bored, but I was never lonely: I read, drew, wrote poetry and short stories, and imagined whole worlds for my toys. I also had time to stare off into space, daydream, and let my mind wander.

When my husband and I found out that we were expecting a child, we started to take note of how many young families lived in our neighborhood, and it didn't take long before we observed a marked difference between those with one kid and those with more.

It seemed like in families with only one child, the parents were happier.

It seemed like in families with only one child, the parents were happier. They were relaxed, were engaged in conversation with their kid and their partners, and seemed more lively than parents of more than one kid. Parents with more than one kid seemed frantic and stressed. It appeared that parents of more kids lived in chaos, and since I was already struggling with one easy child, I couldn't and can't fathom adding more.

I realize it's unfair to base a decision and inadvertently cast judgment on other families on random snapshots. Yet, there is some evidence to support this. The National Institutes of Health found that mothers of only one kid were happier than mothers with multiple children. I love my son, but I also love my own happiness, and I am willing to sacrifice future children because of it.

If my husband and I were to have another kid, I likely would have to take more time away from work to be the primary caretaker of the newborn. My son would be close to preschool age, and it would be cost prohibitive to give him the education I want to because we would be reliant on one income. Ignoring the pecuniary aspects, the feminist in me doesn't want to put my career or my life on hold for another three to four years. Having another baby means our desires as adults need to be neglected, and I don't think either of us is willing to do that.

It all feels so selfish. There are plenty of women who want a second baby but can't for medical reasons. But just because I can do something doesn't mean I should. After all, I can be a vegan and run ultramarathons, but I really don't want to do those things either.

My husband and I have decided that our individual happiness is more important than the potential future wants of our son, and I'm perfectly OK with that. He gets to pick the film for family movie night, not how many children my husband and I have. Adding that there is no guarantee that having a sibling would make him any happier, or that he would bond with that baby rather than consider it a nuisance, our choice seems pretty clear.

Despite all of these reasons, there will always be a part of me that wishes that we would throw caution to the wind and just have another. Whenever I see my son play with other kids, I remember the occasional desire I had for a sibling and I start to second-guess myself.

There will always be a part of me that wishes that we would throw caution to the wind and just have another.

There's a nagging little knot inside me that aches for a second baby to fawn over and adore. It's the same knot that I listened to almost three years ago when my husband and I decided to start our family. For my future child that will never be, we have a name picked out and I still pin adorable and overtly feminine nurseries to my Pinterest boards. When my friends have announced their pregnancies with their second and third baby, that nagging little knot got bigger due to the jealousy. However, I'm now OK with ignoring that feeling. I love my son, and though I'd love another baby, for now that's enough.

It may be that a year down the road, when my son is nearer to 3 and thus farther away from being a newborn, we will decide having another kid is worth it. But for now, when we close our eyes and picture our ideal family, another child isn't a part of our imaginary world. I love my life right now as it is, and I don't want to do anything to jeopardize or alter it. I know that my husband and I are doing what's right for us as a whole, and that makes the absence of a future child easier to bear.

Sex and the City
What Has And Just Like That Done to Miranda Hobbes?
by Njera Perkins 6 hours ago