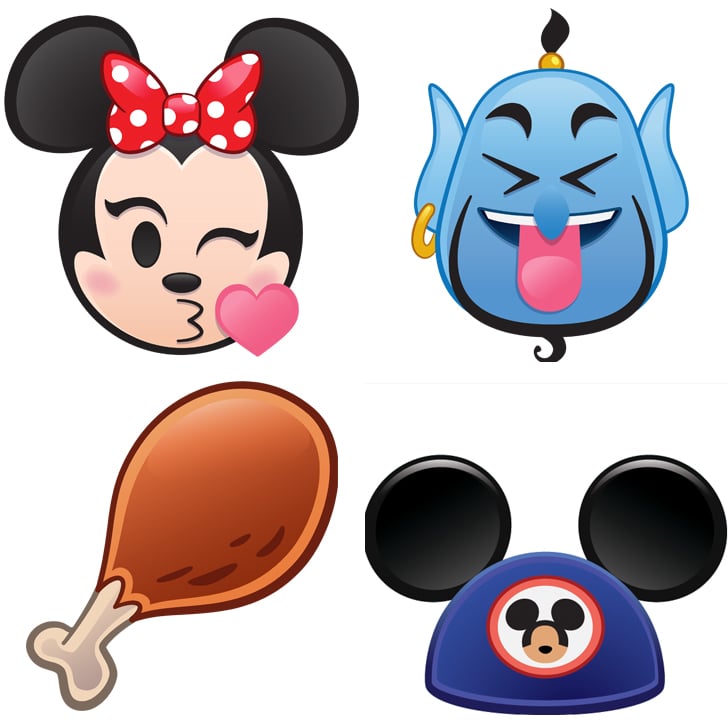 Move over, Pokemon Go, there's a new app in town that your kids are going to be obsessed with — as are you! If you're anything like us, we've grown a little weary of the texts from our kids filled with smiling yellow and poop emoji. They need a bit of a face lift, and that's where Disney Emoji Blitz (free in both the App Store and Google Play), Disney's new emoji app comes into play.

The just-launched app, a match-3 game similar to Bejeweled, allows players to collect and play with more than 400 Disney and Pixar character emoji in ordinary mobile communication. Yup, you read that right. After earning points to unlock new emoji that are connected to a custom keyboard, the images can be used in texts and emails, just like traditional emoji. Throughout play in the app, new emoji can "power up" so Elsa from Frozen can ice away other emoji and Sulley from Monsters Inc. can scare others away. The more you play, the more emoji you unlock and the more you will find on your Disney Emoji Blitz keyboard for messaging.

And while the idea of using Mickey and Minnie emoji in our communication with our kids sounds fun, it's the premium emoji that are really going to bring our texting to the next level. That's where you can find the Mickey Ice Cream Pop, the Mickey Mouse Ear Hat, the Turkey Leg, and other iconic Disney Park-themed emoji.

We can't wait to get our kids' first Disney texts!

See a preview of the app below and scroll through to see some of our favorite emoji up close!

Previous Next Start Slideshow
DisneyEmojiKid Tech
Around The Web

Holiday For Kids
'Tis the Season on Disney Channel! All New Holiday Episodes Begin Airing on Nov. 28
by Alessia Santoro 1 week ago