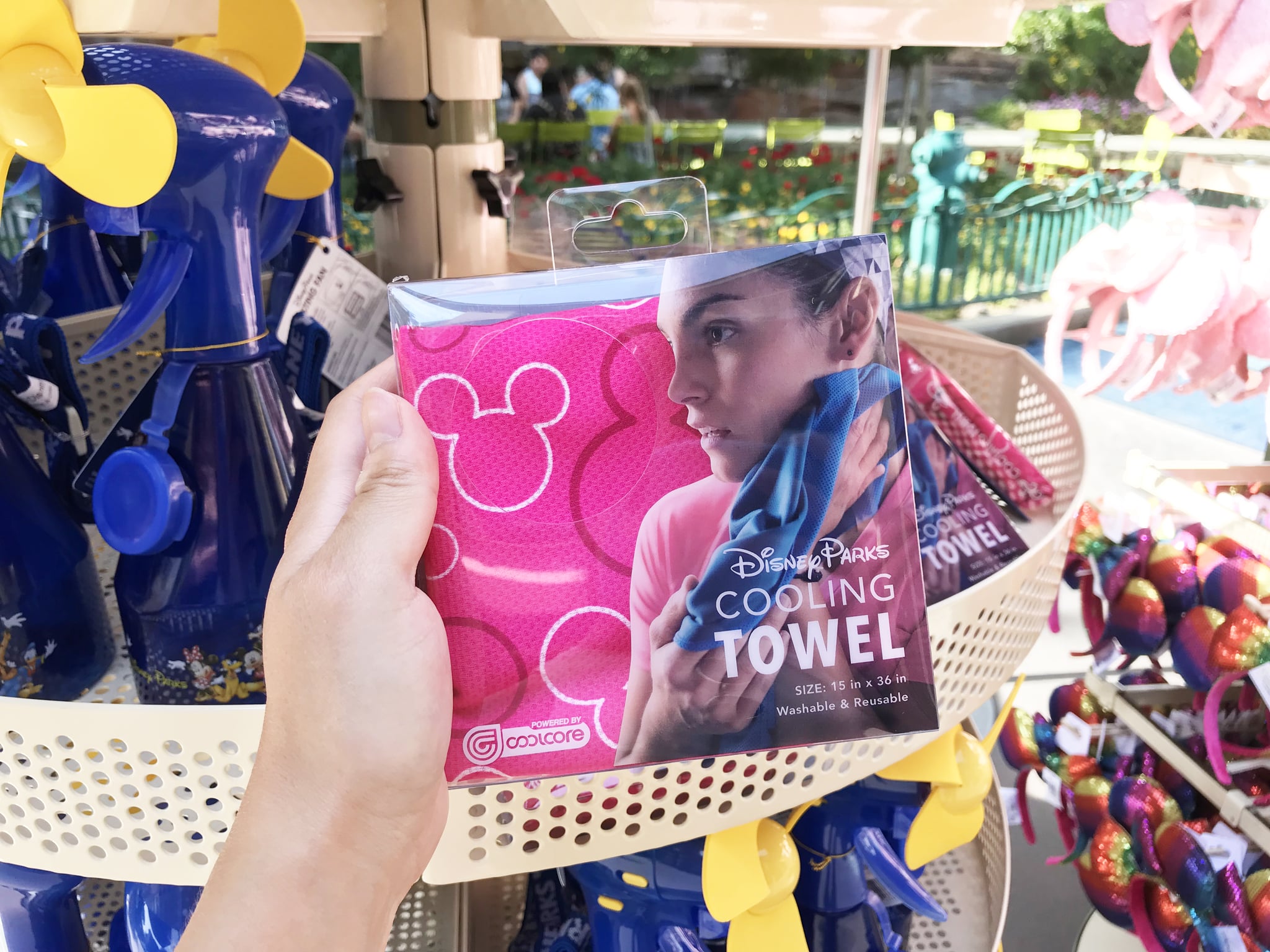 Here's a Disney tip for you: don't make the mistake of forgetting to check the weather before planning your visit to Disneyland (like I did). The fact that it was already 80 degrees out at 7 a.m. should've been the first sign to stay home, but we headed over to good ol' Anaheim despite the early heat. As soon as we entered the park, my sweaty boyfriend and I ran into the first gift shop on Main Street in search of any sort of cloth that would soak up the sweat on our faces. Once a cast member realized why we were so excited about a dish towel, she recommended a life-saving product that neither of us even knew existed: a cooling towel by Disney Parks ($17).

She explained that all you need to do is add water, wring it, and then snap it to activate a cooling effect that lasts for hours. It was reusable, machine washable, and exactly what we needed — except it was already sold out everywhere. We decided to just tough it out with our mini misting fan, staring at park-goers who were able to snag their own cooling towel with jealousy. The temperature eventually climbed to just below 100, but the one perk was that both Disneyland and California Adventure were empty.

On our way out of the parks, we stopped by Downtown Disney where we found the very last cooling towels outside of World of Disney. It was too late for us by that point, but we wished someone had told us about this product beforehand (you're welcome). Luckily, Walmart sells the exact same Disney Parks Mickey Mouse Cooling Towel for a steeper price point at $25. If I were you, I'd buy this far ahead of your own park visit. 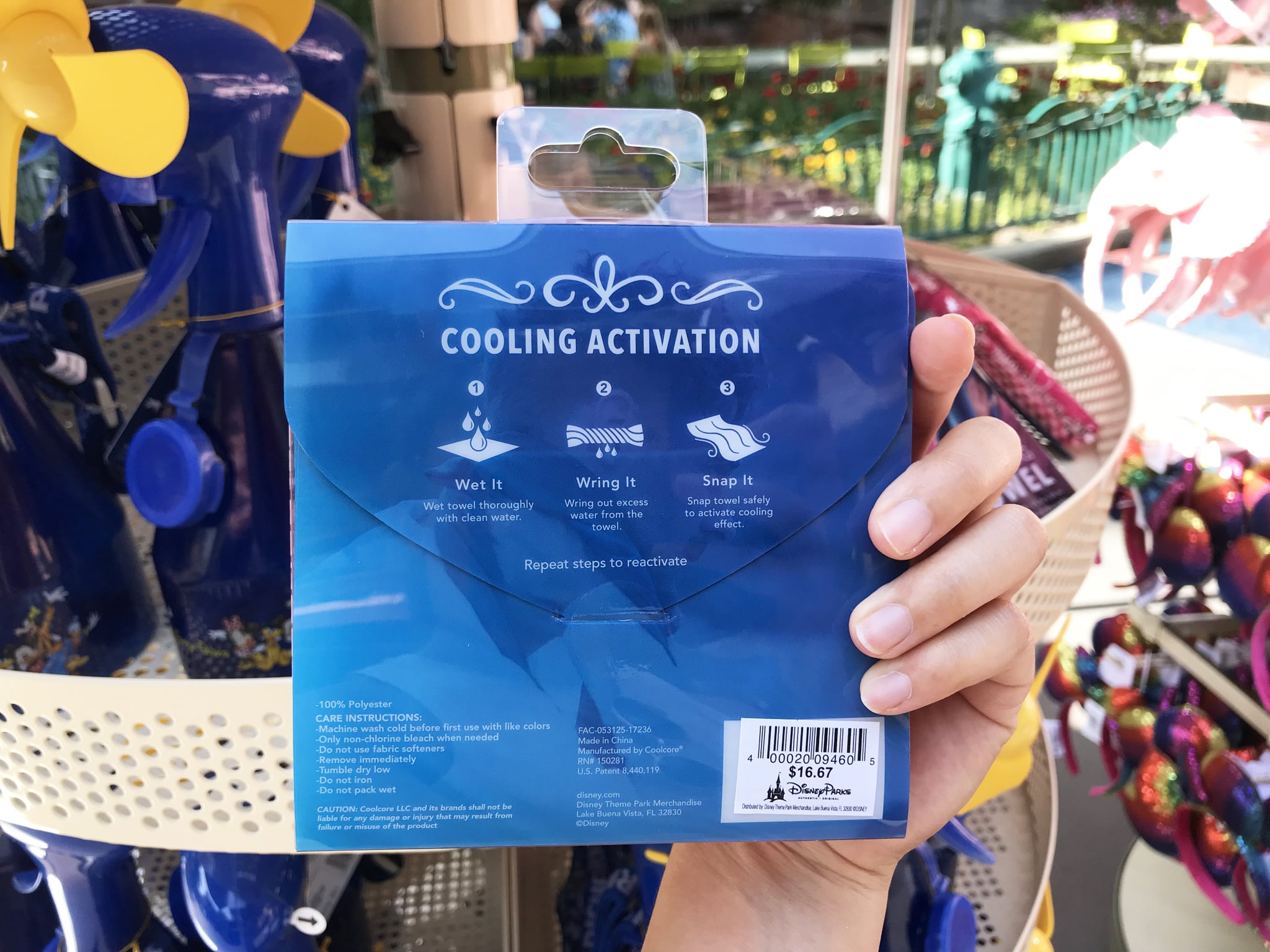 Disney
See an Exclusive Clip of Disney's Raya and the Last Dragon Before Its March 5 Release!
by Alessia Santoro 1 day ago

Disney
Fans of Disney, You Will Be Excited When You Hear This!
by Shelcy Joseph 2 days ago

Tweens and Teens
Your Kids Will Want to Watch Disney+'s New Flick Flora & Ulysses Over and Over Again!
by Murphy Moroney 6 days ago