One woman describes how growing up with a mother who told her she was a mistake effected her life. Our friends at YourTango shared her story. 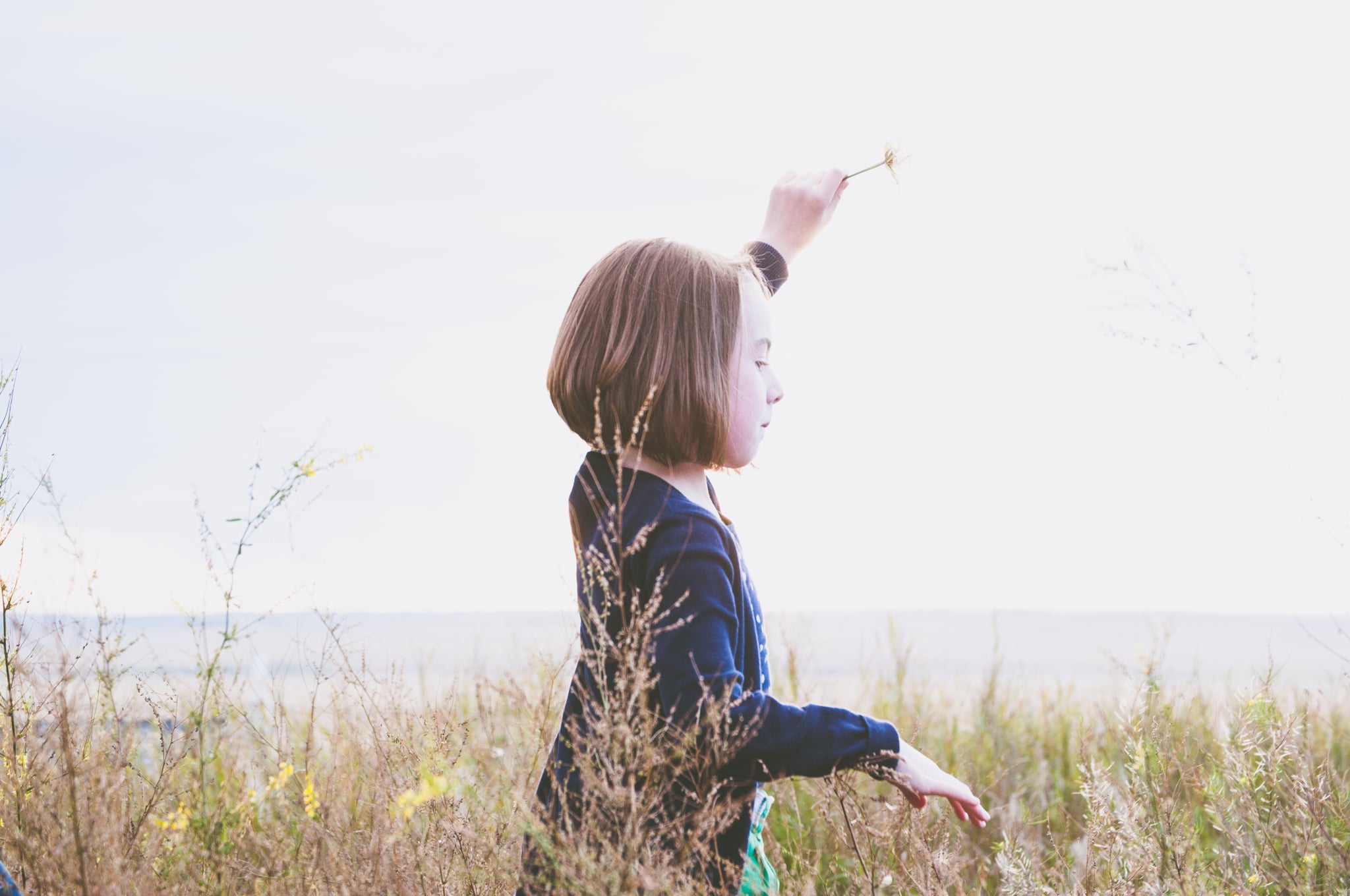 My relationship with my mother has always been dysfunctional.

Growing up, my mother was larger than life and seemed forever intent to make me suffer. Her words were harsh and unloving, her approval unattainable. I've spent much of my life struggling to come to terms with what I, as a child, must have done wrong, to incur so much wrath.

What I didn't know then was that my mother suffered from bipolar disorder and struggled with abuse and trauma of her own. While that does not excuse her treatment of me, it shines a light on why it happened.

Mental illness had such a stigma back then. At most, people would talk in the shadows about someone who was unbalanced or crazy. Families hid such problems and pretended the world was just as it should be. And things festered and grew.

I've begun looking at my past through different eyes, trying to take into account her disorder. Again, I am not looking to rationalize or excuse her actions. For too long, I've looked back at my past through the eyes of the young girl, battered and broken, who lived through it. In her eyes, everything was plain and simple, good and bad, black and white. There were no shades of gray and no compassion.

Today, I aim to fairly take into account her mental illness and understand that, while she is responsible for her actions, her life was so tainted by her own mental illness and trauma that she was not fully herself. Very few things in this world are plain and simple, good and bad, black and white. My relationship with my mother was painted in a multitude of grays.

My mother was often unreasonably critical of my achievements. An A grade was acceptable; an A minus was not. Anything less than first place in any aspect of my life was tantamount to failure. If a test or paper came home with less than a 100, she would pour through it with me until I understood how glaringly wrong my mistakes were. I was once beaten because a semester grade dropped from a 94 to a 92.

As a child, I internalized her criticism. No matter how hard I strived, I always felt I would never measure up to her standards. Despite high grades and participation in sports and academic groups, I felt like a failure. Teachers and coaches showered me with praise but it felt hollow and empty. I wanted more than anything to please her, to finally win her approval. I never did.

As an adult, I try to weigh her actions from differing viewpoints. She saw potential in me and never wanted me to settle for less than the best I could do. She had gotten married young and began having children early. She wanted me to build a better future for myself. Perhaps, within a life she had very little control over, I was one thing she could control, one person she could mold and sculpt to ascend higher than she had landed in life.

None of this erases the harshness of her criticism, nor does it ease the inadequacy I carry with me to this day. While her intentions may have been good, her approach made me feel like a failure. Each time I fell short of a goal, I would attack myself with worse criticism than she would dole out. Where her voice ended, my own began.

My brother was four-and-a-half years my senior. Often growing up, we were both held accountable for transgressions until the guilty party confessed. Many times, punishments were harsh and lasted whole days.

More than once, I confessed to wrongdoings I had not done in hopes of ending the torture. On many of these occasions, she would refuse to accept my confessions, declaring that she knew I hadn't committed the offense and the punishment would not cease until the guilty party confessed.

As a child, I could not fathom how a parent could repeatedly punish a child for transgressions they knew their sibling had done. As an adult, I wonder if she had hoped to teach my brother empathy and compassion. Once again, it doesn't excuse her actions, but it helps to see the situations in a different light.

I was seven the first time I remember my mother telling me she hated me and wished I was never born. Over the course of my childhood, she told me many times that I had ruined her life, that I was inherently unlovable and that I should never let anyone in because, once they got to know me, they would leave. Words like these have haunted me since childhood. Each time I was rejected or abandoned, I took it as a prophecy fulfilled.

Considering those words now, I am faced with the ugly truth of mental illness. Mental illness can not only cause those suffering to internalize the actions of others, but it can also cause people to project their own illness onto those around them. I was, in many ways, an extension of her. If she saw herself as unlovable, it makes sense that she saw those who came from her as unlovable, as well.

Perhaps the hardest for me to overcome were her responses to the two times I turned to her for support after being raped. The first time, I was eleven years old. The second time, I was thirteen and one of my brother's friends had not only taken advantage but had gotten me pregnant. She had told me not to talk about it and made me feel like I was at fault both times. She had secretly arranged for an abortion and told me to never tell my father.

I've tried to rationalize her behavior over the years, taking into consideration that rape cases were treated differently back then. Often, the victim was put on trial in the court of public opinion. Her history, behavior, and clothes were strewn about as possible causes for the rape.

I also know now that she suffered through sexual abuse and rape herself as a child and young adult. I know, as a victim myself, that the events play over and over in your head, a spinning wheel of torture, as you search for what you did wrong and what you should have done differently.

Of all I've endured from my mother, these two instances have been the hardest to understand and move past. As a mother myself, I cannot imagine being so callous. I can try to reason that it was a different time or that it was her mental illness oozing out, but I can find no words of solace to ease that pain. Some things I just have to accept as a horrible piece of my past that there's no justification for and do my best to move past them.

My relationship with my mother has always been dysfunctional. When speaking of her, I often feel like that little girl again, walking that thin line between trying so desperately to please and being terrified of failure. I feel more vulnerable when discussing her than any other aspect of my life because that little girl inside me will never understand why she didn't love me. Why she couldn't love me.

So many choices in my life have been made for no other reason than I did not want to become her. Where she was critical and unyielding, I made every effort to be flexible and praise those around me; While she was closed-minded and bigoted, I prided myself on being unbiased and accepting.

She had many health issues and was a hypochondriac; It takes severe pain or illness for me to see a doctor. There were no rational thoughts beyond my life choices. I simply was terrified of becoming her. I've slowly started to question the motives behind my various choices. In retrospect, I've made far too many poor choices in life based solely on that one irrational fear.

My adult relationship with my mother had been sporadic and strained at best. When she was in my life, I always kept a watchful eye for bouts of anger or tears or other signs that her treatment was not working. I was terrified that she would hurt my children in some way. Many people scoffed at me for those fears because they could not understand.

Regardless of everything I had been through, I longed in so many ways to have family in my life. Over the years, I tried many times to repair fences and rebuild bridges. Every time, however, my fear ate at me. I would see her moods shift and panic that her medication was no longer working.

Once fear set in, it wasn't long until I'd run. I'd flee for my own safety and the safety of my children. We would go blocks of time with no contact, months, sometimes years. I had been estranged from her for over two years when I got the call she had died.

I've since talked to the people she had stayed with in her last year, months, days. They shared stories about how she had finally received the help she needed and was in a better place mentally and emotionally. I learned she had developed a fondness for Harry Potter, something my children and I all share.

She had become, in many ways, quirky, silly and sweet; She was kind and generous almost to a fault, always reaching out trying to help others. As I heard one candid story after another, I realized I never knew my mother, though I knew her mental illness well.

It was a dark sludge that oozed over her, blotting out her true self behind a darkness and cruelty. The knowledge that she found herself at the very end is honestly very bittersweet. I wish I could have met that woman.

For years, I longed for a mother to be there, MY mother to be there. Instead, I am left clinging to the memories of others and running from the monsters that oozed from her own mental illness into my depression.

More juicy reads from YourTango:
5 Ways To Heal From A TOXIC Relationship With Your Mom (& Move On!)
10 Parenting Mistakes You're Probably Making (And How To Fix Them!)
I Love My Daughter More Than My Husband — And He Knows It
7 Reasons Moms Who Swear Are The BEST Effing Moms
25 PERFECT Ways To Tell Your Mom JUST How Much You Love Her