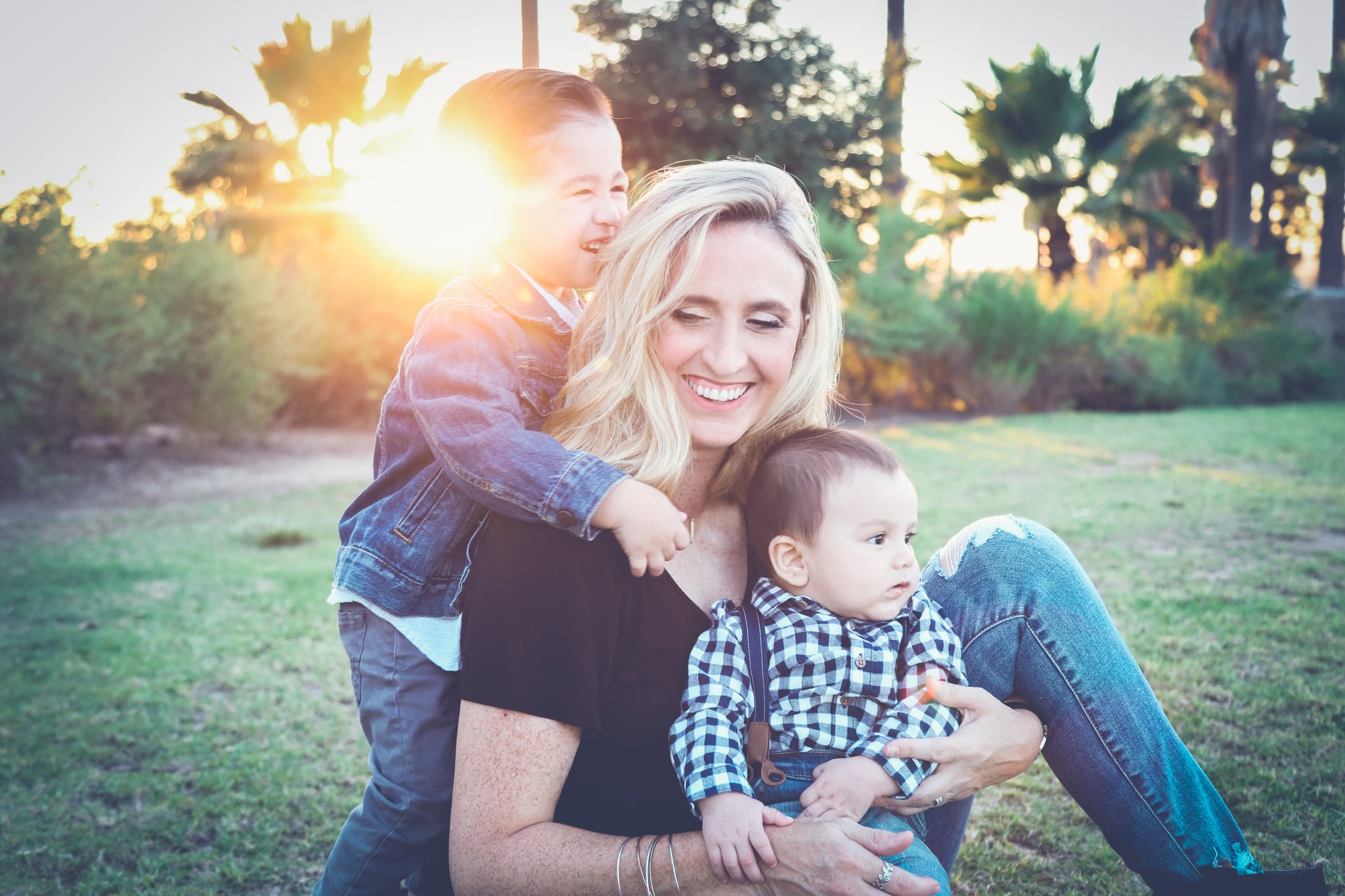 The first few years of my motherhood journey, I functioned as a sleepless zombie. Watching other friends easily navigate their nighttime routines made me constantly question what I was doing wrong. The lack of sleep with my first son continued right into lack of sleep with my second son. My youngest refused to sleep through the night, while my oldest woke up before the sun rose. Being tired became a part of my personality, so I just pushed through it.

One day, while doing my hair, I noticed how thin it felt. My hair was falling out. I took a close look in the mirror and bags were under my eyes. Also, I now had an acne problem.

I did my best to balance graduate school, work, marriage, and motherhood. While I would win in some areas, I was profoundly neglectful in others. My husband and I would argue because he felt I wasn't spending any time with him. Once, during a fundraising campaign, I sent hundreds of letters requesting donations with the incorrect event information (of course, I didn't meet my goal). Realizing my lack of sleep was compromising my marriage and my job, I read books on sleep training, followed step-by-step directions from well-wishing friends with sleeping children, and I even let my oldest stay up late in an attempt to reset his internal clock. I would wake two to three times per night with my youngest son for 16 months, and when I finally could settle in for a few hours of sleep, my oldest son would awake.

Related:
I'm Not Afraid to Say It: Alcohol Makes Me a Better Mom

I was snappy and easily frustrated, and a wedge was growing between my husband and me. One day, while doing my hair, I noticed how thin it felt. My hair was falling out. I took a close look in the mirror and bags were under my eyes. Also, I now had an acne problem. My years of sleepless nights were taking their toll on me. This was not what I signed up for. I was on the verge of losing control.

While pregnant with my second son, I told my husband this would be my last baby, and after close to six years of reduced sleep, I decided to take that final step. I made an appointment with my doctor to get an IUD.

The best thing I've ever done is realizing the importance of self-care. I set out on this journey of motherhood with many false expectations about the mom/dad workload, the idea that I would bounce back to normal after the short three-month maternity leave, that my experience would match those of others, and I honestly thought after the newborn months, sleep would not be an issue. To reclaim a portion of who I was and to be the type of mother I wanted to be, I knew that two children was my limit.

Related:
Mom Confession: I Don't Miss My Kids When They're Not Around

My children are now 8 and 4. There are nights one or both of them wake up in the middle of the night, but unlike a few years ago, it's no longer a regular occurrence. The bags under my eyes have slowly begun to disappear, my hair is slowly growing back from a short haircut, my acne has cleared up, and I've found my way back to balancing marriage, parenting, and my career. I'm now a better version of me and am now living the life I prayed for.