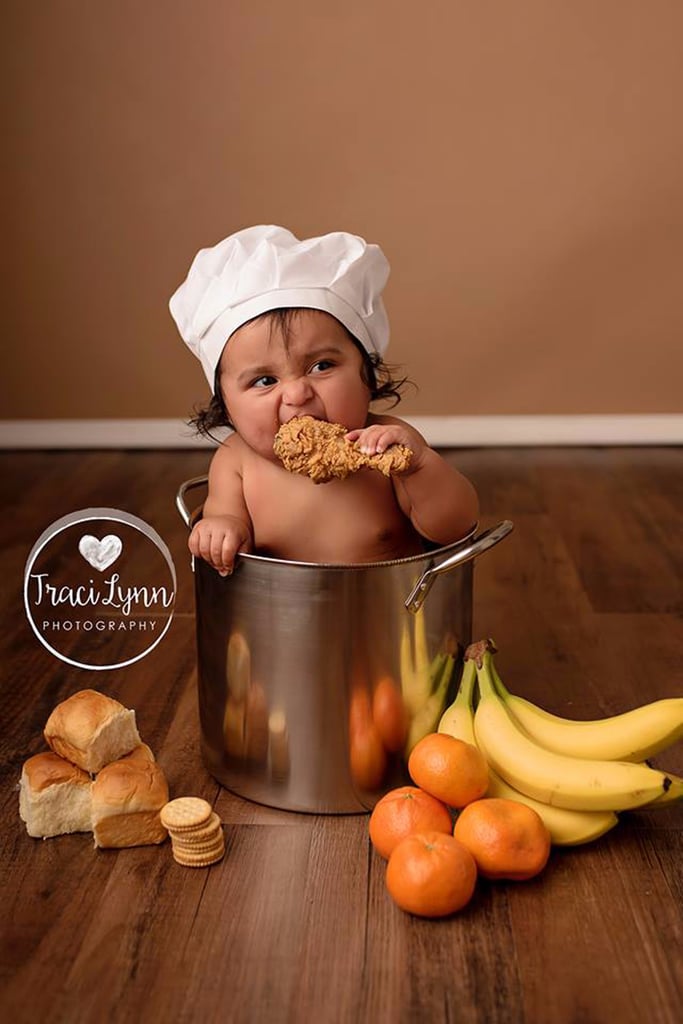 We've seen a lot of alternatives to the cake smash lately — including tacos and doughnuts — and they are really changing the way we feel about boring old cake (JK, cake, we love you). This latest installment of "What Else Can a Baby Smash?" features none other than a juicy fried chicken leg being completely demolished by an adorable baby named Johnny.

Photographer Traci Lynn says that the chicken was actually a last-minute addition. "His parents actually were standing in the studio while I got the setup ready (mom brought his favorite snacks) and they said, 'Dang, we should have got him a big ol' chicken leg,' and I basically said, 'OH. MY. GOSH. DO IT!'" Traci told POPSUGAR. "There's a chicken place down the road and he left to go get it to make sure that was included!"

Along with the fried chicken leg, Johnny can be seen chowing down on a dinner roll with the biggest smile spread across his face — all while sitting in a giant pot. "Johnny was audibly saying 'Mmm' and smacked his lips when he bit into the food," Traci said. "It was the cutest!"

Scroll through to see all of the hilarious photos!

Parenting Humor
An 8-Year-Old Impersonated How Her Mom Acts While Working From Home, and It's Spot On
by Murphy Moroney 1 day ago