Well, friends, it seems as though even the Union-Wade household is plagued by — I mean, in love with — "Baby Shark." But even though Kaavia James is the cutest little Baby Shark, which would make Gabrielle Mommy Shark and Dwyane Daddy Shark, the famous parents went an unconventional route with the members of the Shark family they were most excited to portray.

In a video shared to Instagram, Dwyane can be seen with Kaavia on his lap, listening to "Baby Shark," and as soon as the Grandma Shark verse begins, the camera pans to Gab. Let's just say, her Grandma Shark impression is GOOD. And then, as if that wasn't enough of a gift to us all, Dwyane follows up with the Grandpa Shark verse.

Related:
Wave Goodbye to Your Sanity, 'Cause Amazon and Walmart Sell Baby Shark Plushes That Sing and Dance

"Morning silliness from Kaav's parents courtesy of Baby Shark!" Dwyane wrote in his video caption. Watch the hilarious and adorable video on a loop above. 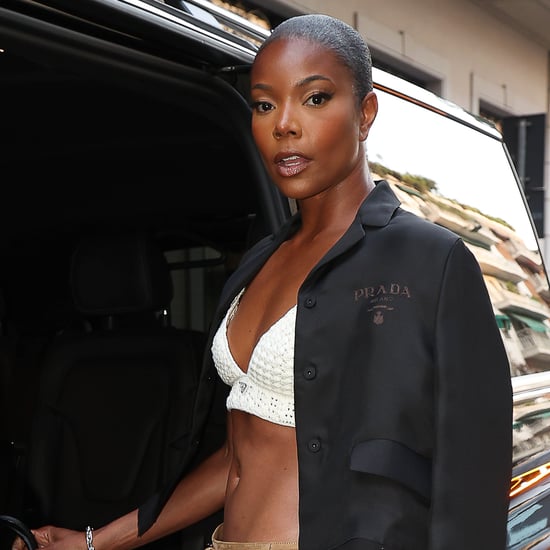