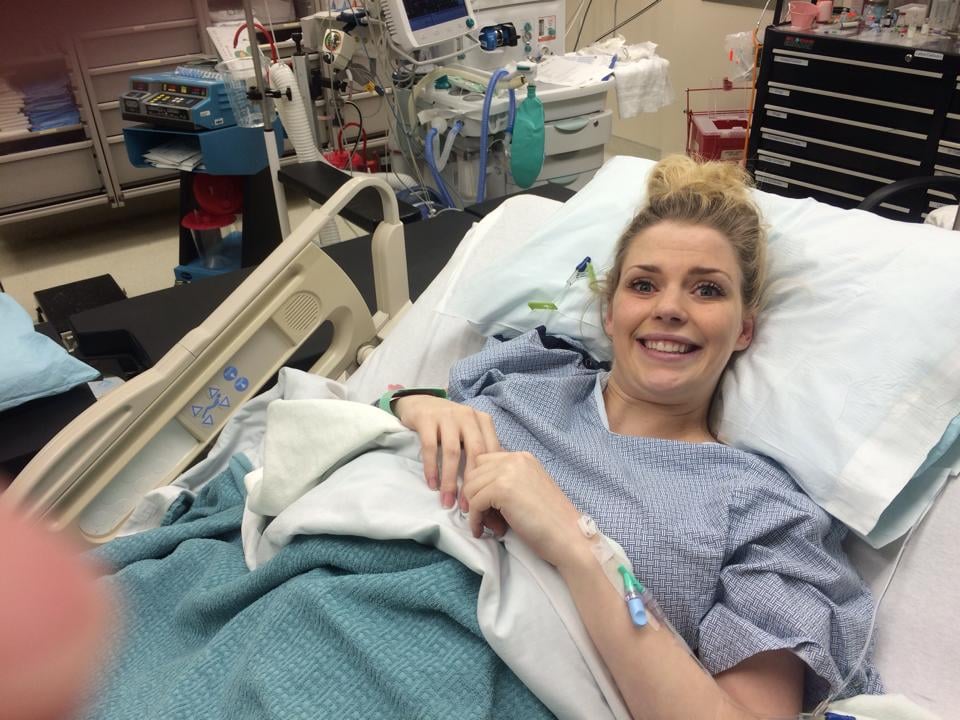 Call it a belated Christmas present. A few months after their pregnancy announcement went viral, Tyson and Ashley Gardner have welcomed their miraculous quadruplets into the world. The Utah-based couple shared the news on Facebook, where they have been keeping more than 300,000 fans updated on the pregnancy. They shared the initial news yesterday afternoon, noting that the contractions had started and the babies were on their way. Less than an hour later, the parents (though we assume Ashley was too preoccupied to update Facebook) announced that the babies arrived via C-section and were doing great. Though they have yet to share the babies' names, Tyson and Ashley did reveal that all four are girls. The couple also announced that they have been working with TLC and will be bringing their pregnancy and parenting journey to TV in the near future.

Congrats to the new parents and their four beautiful bundles of joy!

Halsey
Halsey on Letting Go of the Expectations She Had For Pregnancy: "I Didn't Take My Prenatals"
by Alessia Santoro 3 weeks ago

by Karen Snyder Duke 6 hours ago