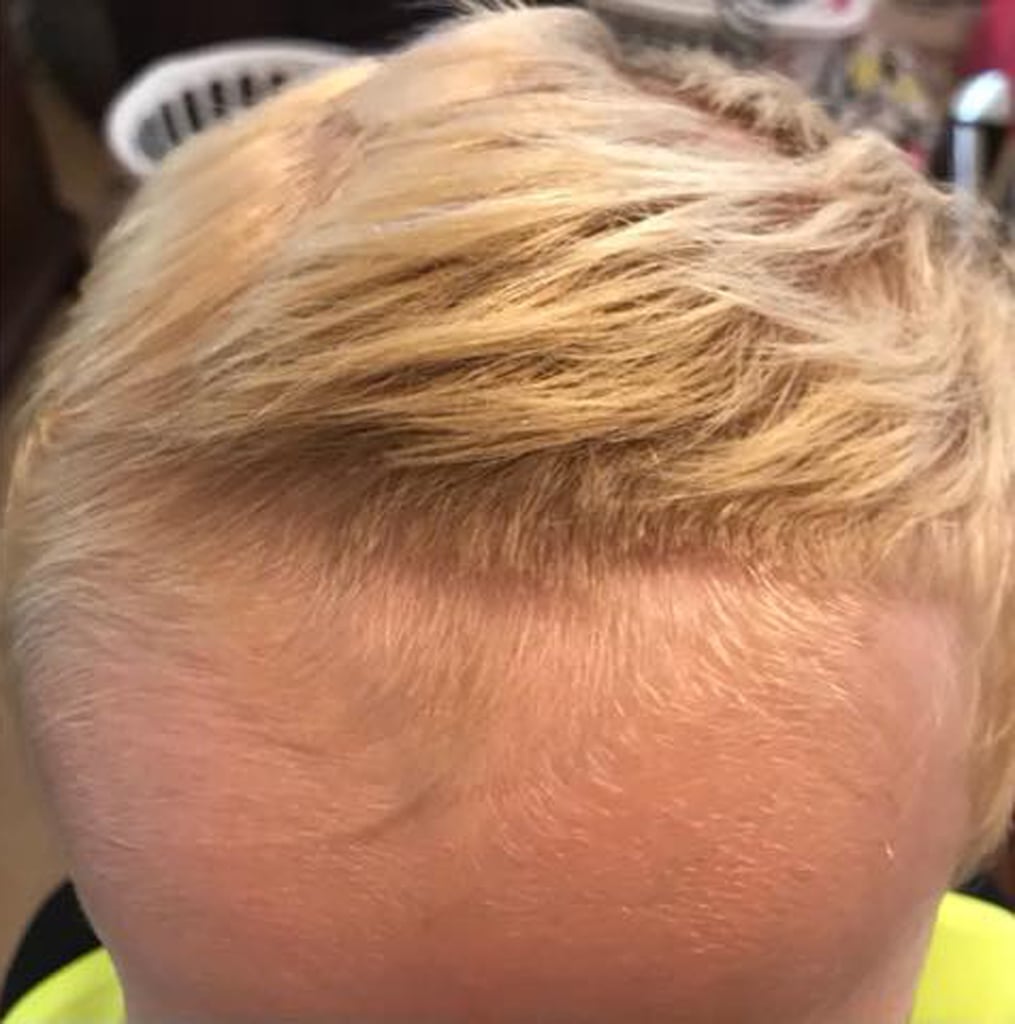 Chris Cate, blogger at The ParentNormal, knew that his kids were being quieter than usual one afternoon, but rather than feel that instant dread we all know too well, he chalked up their silence to the fact that they'd recently gotten hermit crabs they have loved watching crawl around. However, his confidence in his kids proves that you should always, always give in to that inherent feeling of dread, because his kids definitely weren't watching their hermit crabs — his 9-year-old daughter Ava was giving her little brothers haircuts.

The dad knew something was up when his 6-year-old son came out of his sister's room announcing that he was "looking sharp" because his sister cut his hair. Looking closer at Cameron, who (of course) starts school next week, Chris realized that there were big chunks of hair missing all around his head. Upon returning with Cameron to the scene of the crime, Ava confirmed that she'd cut not one both both of her brothers' hair.

"I obviously had to express my disappointment to my daughter, but I was holding back a smile while I did it."

"When I saw what my daughter did to my boys' hair, it was so bad, it was funny," Chris told POPSUGAR. "I obviously had to express my disappointment to my daughter, but I was holding back a smile while I did it."

The dad then took Cameron and 4-year-old Colton to the barber, where they both got their chopped-up styles evened out with crew cuts. Cameron's hair was cut so close to his scalp in some places, however, that it actually needed to be buzzed all over. "Since Cameron starts school next week, the timing is less than ideal," Chris said.

In the 48 hours following the "incident," Chris heard from so many people on Facebook who have similar stories to tell (hell, I even have one — I cut my friend Danny's beautiful, thick blond hair when we were 3, and I don't think his mom ever forgave me). "Apparently everybody has had this happen to them or know somebody who has done it. So I guess it was just a matter of time before it happened in our house," Chris said. "The whole incident is still funny to me, and Cameron's hair is a constant reminder of what happened. It just better not happen again."