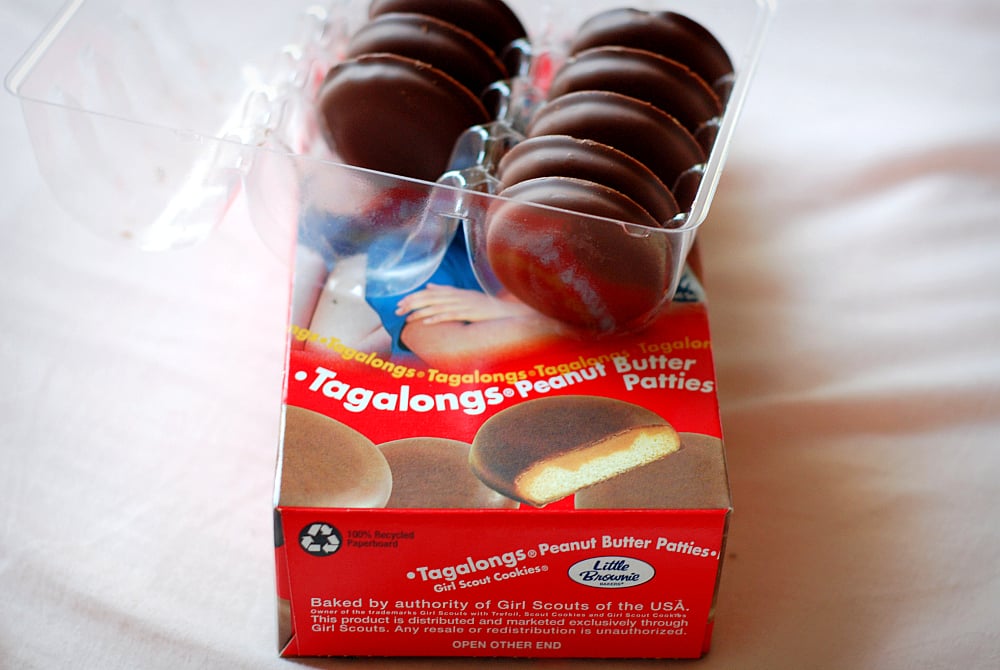 Last year, my daughter became a Girl Scout, and the sweetest part of being a Girl Scout, as we all know, is the cookies. At least that's what I thought before I realized that a 6-year-old doesn't exactly have the skill set to run a small baked-goods business. It was a lot of work, mostly for me, because I can actually do math and drive. For the most part, she just got to look adorable in her Daisy vest.

My husband, who works in sales, was pretty excited about the whole process. He was determined that we should help her sell as many boxes as possible, an idea I quickly put the kibosh on by explaining that, unless he wanted to do all of the work, we should aim closer to the 35 boxes her troop had set as her sales goal. Thank goodness he agreed, because you can guess who made sure all those boxes arrived at their respective homes (hint: it was me).

Related:
Keebler Now Makes Unicorn Fudge Stripes Cookies That Are Cupcake-Flavored, and Get in My Belly

So this year, when our troop made a push for everyone to register for the Girl Scouts' digital cookie sales platform, I was all in. It's super easy to use. I uploaded a picture of my daughter, a brief personal sales pitch, and a cookie sales goal, and it created her very own "Cookie World" website, which I emailed out to friends and family. Through the page, they could order cookies for us to deliver personally or have them delivered directly to their homes, a superhelpful option for our out-of-state family members. The sales immediately came rolling in . . . as did the complaints.

"So much for the old-fashioned way of wearing uniforms and going house to house and learning what rejection is!" one family member wrote back. I wasn't sure if the comment was supposed to be funny or cutting. Another wrote that we'd given up on the illusion of our daughter being responsible for her own cookie sales since I'd obviously set up her site. Another demanded a cookie pitch video from my daughter before she'd place an order (that video took 45 minutes of my time and approximately 25 takes, but thanks for the Thin Mint order, Linda).

Related:
Most Stuf Oreos Are Back, and We're Still Not Over How Massive They Are

At first, I was surprised by the negative feedback, but eventually I kind of got it. Girl Scout cookies have historically been bought and sold in one specific way. You either have a Girl Scout and you hit up everyone you know, including friends, neighbors, coworkers, and every distant family member, or you want the cookies and hope you're approached by a Girl Scout or her parents or happen across a stand outside the store. The product is somehow both ubiquitous in culture and scarce in the lives of anyone who isn't a parent to an elementary school student, and that makes them more desirable.

Adding a website, which can easily be forwarded to anyone, removes two key elements that add to the Girl Scout cookies' allure. One, it makes them feel easier to obtain. And two, it takes away the child-as-cookie-monger aspect that's probably always been a farce (how many under 10-year-olds are actually selling all their own cookies?), but was pretty irresistible from a cuteness and sales perspective.

So, yeah, I get it. But that doesn't mean I'll ever encourage my daughter to go back to the old way of cookie selling. Illusions and opinions be damned; we're taking the easy route and staying digital.