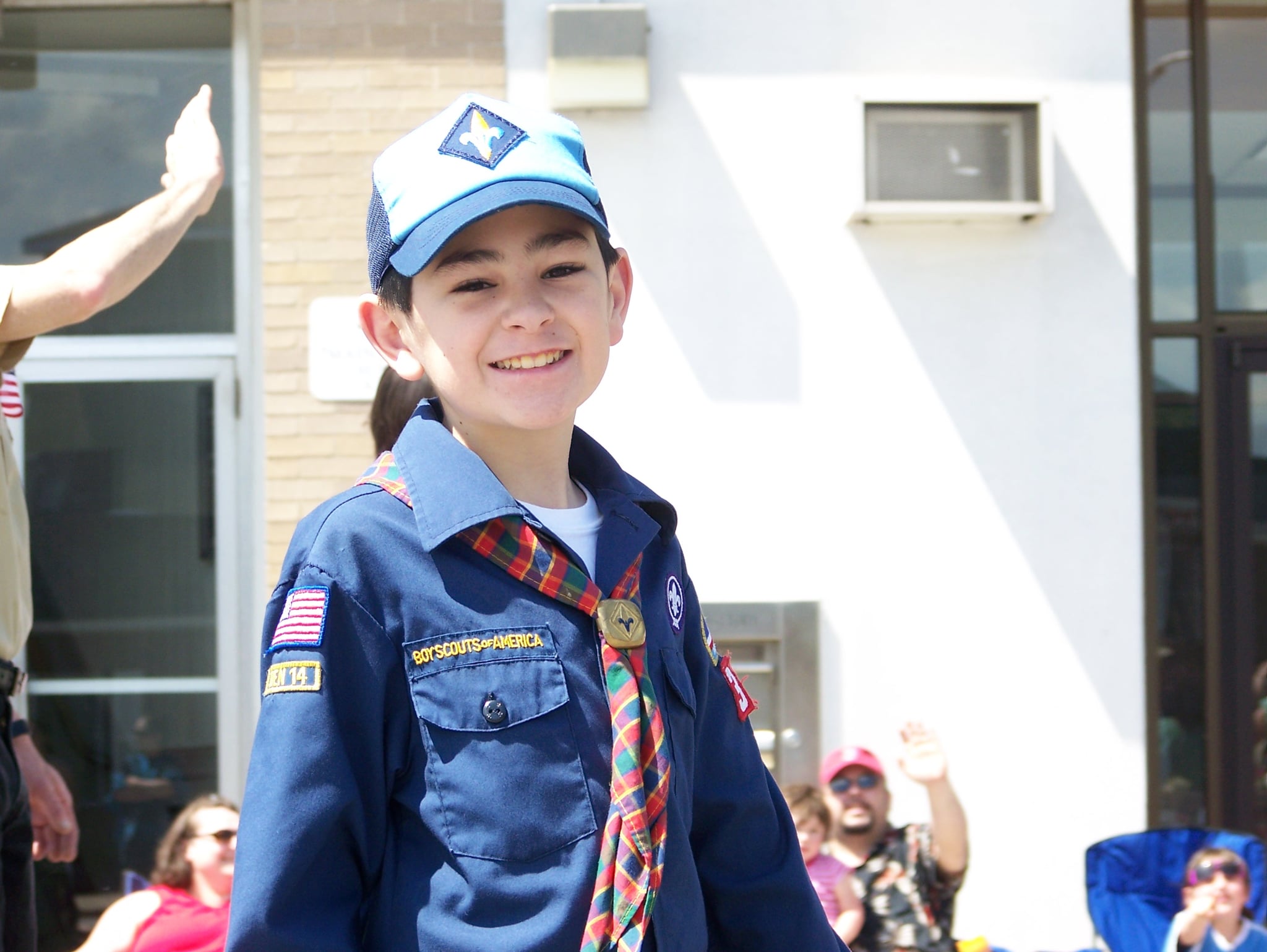 I don't have daughters, but I'm the mother of two Boy Scouts. And as such, I'm pretty irritated . . . that people are so up in arms about the organization's decision to admit girls into the club. I mean, really?

First and foremost, there are far more important things to stew about these days than whether Susie participates in the same extracurricular activities as Billy. But focusing solely on the issue at hand, I still don't subscribe to the outrage many parents are feeling about this decision.

"There goes our son's enrollment in Boy Scouts," fumed one of my Facebook friends (whose status I'm currently rethinking) in a blaring update on her page, because the organization should "leave something alone just for boys." Obviously there are parents of Girl Scouts who feel the same way — that the organizations should be separate and distinct — but for many, it's the answer to an ongoing concern that the Girl Scouts lacks options for girls who are less interested in traditionally feminine activities.

Related:
Following Its Historic Decision, the Boy Scouts Will FINALLY Let Girls Join as of Today

Since when is there something wrong with offering equal opportunities to both genders? It's not like anyone is saying that all Girl Scouts now have to become Boy Scouts; it's simply offering an "in" to the girls who feel like they'd fit in better with the kind of activities and causes that the Boy Scouts espouses. And as a Boy Scout mom and a former little girl, I am here for it.

Women have been fighting an uphill battle to be viewed and treated as contemporaries for, well, as long as there have been women — and despite making great strides, we still have a long way to go. But if we plant the seed through early equality, teaching our girls (and our boys, too!) before they reach adulthood that they're worthy of the same opportunities and that their abilities are identical to their opposite-sex counterparts, it will help pave the way for a more level playing field in the future — not to mention teach our children a valuable lesson in inclusivity.

In an official statement, Chief Scout Executive Michael Surbaugh said, "The values of Scouting — trustworthy, loyal, helpful, kind, brave and reverent, for example — are important for both young men and women." Boy Scouts has long been lauded as one of the foremost sources of leadership training available, and Girl Scouts, though certainly not some unknown group, doesn't carry the same weight in terms of how it's viewed in our society. Girl Scouts just don't get the same respect that Boy Scouts do, a microcosm of the patriarchy.

The highest achievable Boy Scout rank, Eagle Scout, carries with it a sense of celebration and prestige — one that can open doors for the boys who earn it when it comes to college admissions and even employment. But the "equivalent" Gold Award in Girl Scouts is not actually equivalent at all; you rarely hear about a Gold Award recipient, and because it's not so widely recognized, it just doesn't pack such an impressive punch when it comes to using it as an asset later on. With girls now being able to achieve the rank of Eagle Scout, they'll have the same advantage.

The biggest problem I see here is a resistance to change and the understandable tendency to cling on to tradition, especially in an organization that has been around for over 100 years. But news flash for those freaking out about the unification: girls have been allowed to participate in some Boy Scout programs, like Venturing and Sea Scouts, for quite some time now. The main difference that comes with this new decision is simply that the rest of the programs will also be opened to girls, and they'll finally be able to earn the Eagle Scout rank — and its resulting benefits — in recognition for their (equally hard) work. That's it. And that's fair.

To get a grasp on how a Boy Scout might be feeling about it, I asked one: my son. I told him of the decision to admit girls. He contemplated it thoughtfully for a few seconds, then nodded in approval.

"Cool!" he said. "I hope my friend Rory will join. She loves camping."

Summer Fashion
Crocs Are the Best Summer Shoe, Don't @ Me
by Marianne Mychaskiw 5 days ago