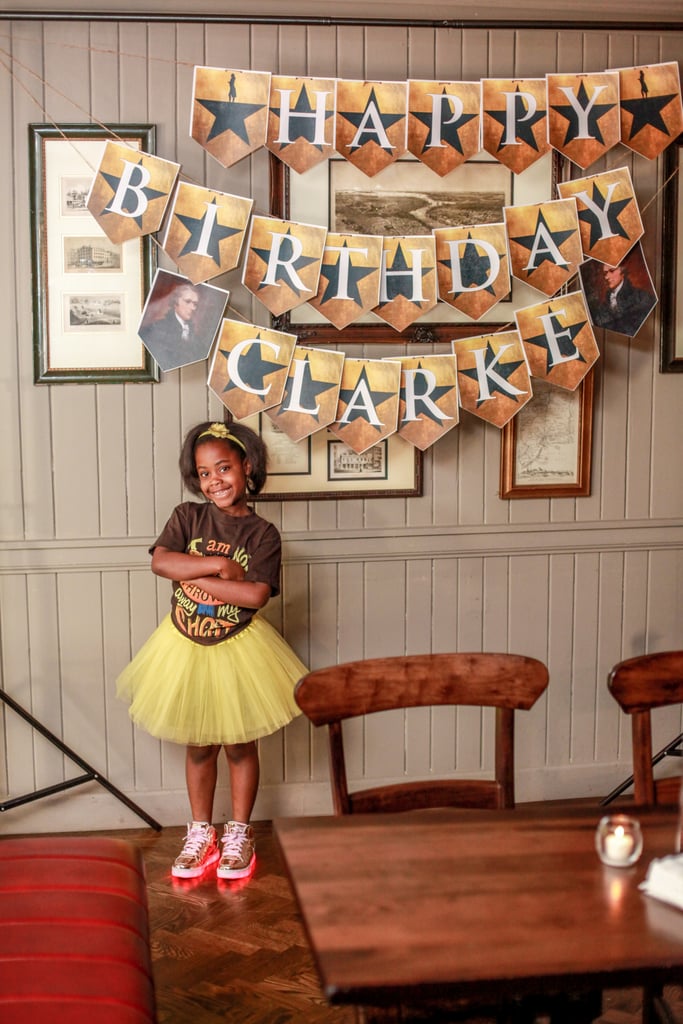 Like many Hamilton fans, 8-year-old Clarke hasn't been able to see the hit Broadway show yet, but that hasn't limited her obsession with all things Alexander Hamilton. For Halloween, her family dressed up as King George, the Schuyler sisters, and Hamilton, so when her birthday rolled around, this little girl had a predictable request for her parents.

"She originally asked if I could take all of her friends to see the show which is impossible," Clarke's mom, Aisha, said in an email to POPSUGAR. "Then she asked for a Hamilton-themed party. I thought that was impossible too, but then the wheels started turning . . . "

Related:
21 Gifts For the Pint-Sized Hamilton Fanatic Other Than Tickets to the Show

Since tickets are so hard to get for the beloved show, Aisha brought Broadway to her daughter's birthday bash and invited 27 children and 25 adults to a true New York City experience. Over the course of a month, she planned the party at Fraunces Tavern, giving it a black, white, and gold color palette with Times Square and Broadway signs. She also created table decor using photos of scenes from the show as well as framed song lyrics, which were on display throughout the room.

The youngest guests participated in a Hamilton scavenger hunt in a museum connected to the restaurant, sang Hamilton karaoke, and crafted Revolutionary War hats before heading home with their Hamilton goodie bags. "This play is more than a play. It is empowering, inspiring and has energized our children to want to learn more about history," Aisha said. "Would it have been easier to do a My Little Pony or princess party? Of course. But this challenge? Totally worth it."

Previous Next Start Slideshow
Kid PartiesBirthday PartiesBroadwayHamilton
Around The Web

Gymnastics
Laurie Hernandez Blows Us All Away With a Hamilton Floor Routine After a 4.5-Year Hiatus
by Karenna Meredith 5 days ago 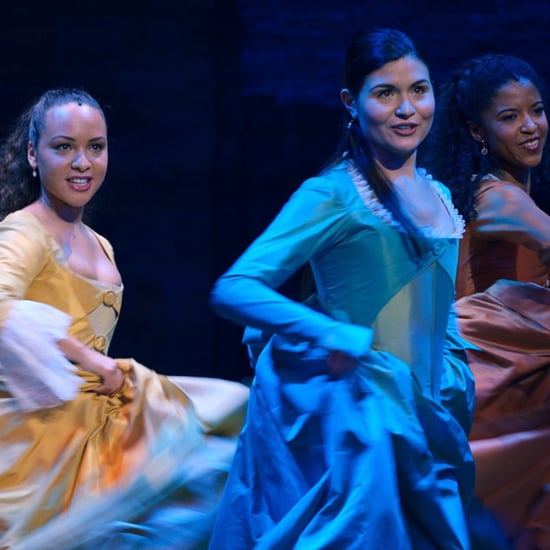 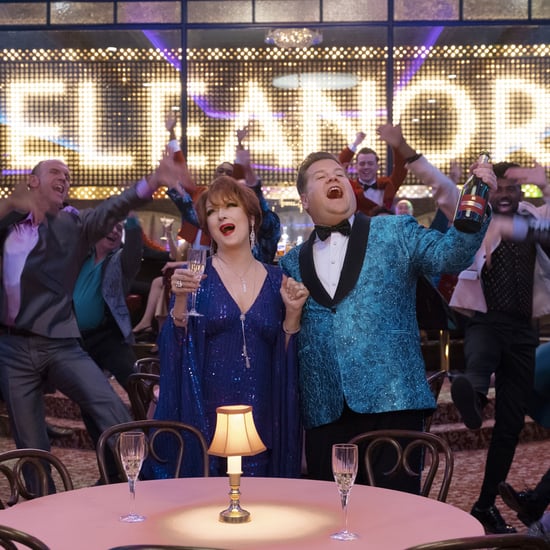 Netflix
Sorry, the Broadway Musical in The Prom Is a Total Work of Fiction
by Amanda Prahl 12/10/20