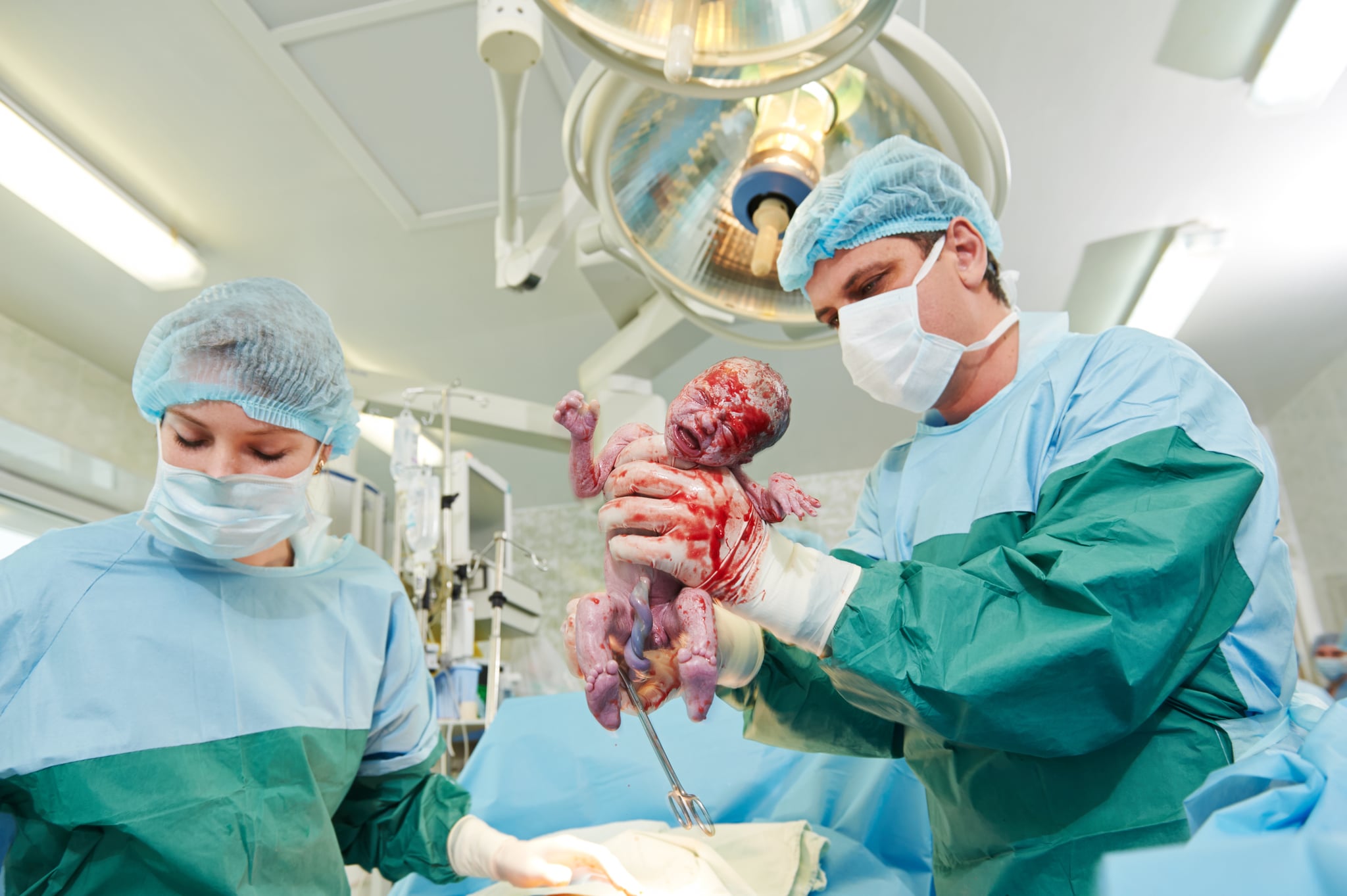 You probably already know the factors that increase your chance of having a C-section. If your baby's in the breech position, if you're pregnant with twins or triplets, or if you're overweight or have gestational diabetes, there's more likelihood that you'll go under the knife to deliver your child. But you might not know that the biggest risk "may simply be which hospital a mother walks into to deliver her baby."

That's the alarming revelation Dr. Neel Shah, a professor of obstetrics at Harvard Medical School, made alongside the findings from a Consumer Reports investigation on Cesarean rates in the U.S.

It's been widely reported that C-section deliveries — which make up one-third of all births — have been up a startling 500 percent since 1970, and this report, released today after an extensive review of more than 1,200 hospitals, helps explain why. First, it shows an alarming difference in rates of C-sections. The target — recommended by the Department of Health and Human Resources — is under 24 percent. Although one hospital, in Illinois, recorded an impressive 9 percent rate, the worst one, in Florida, was at 68 percent.

The results also eliminate the excuse that some cities naturally fare better than others: rates varied widely at hospitals within the same community, some from 11 percent to 35 percent.

Consumer Reports's analysis kept its focus on first-time mothers with low-risk deliveries — meaning, the pregnancy is for a single baby who, at the time of delivery, is full-term and properly positioned. What they found was that almost half of C-sections performed are done in situations when babies could be safely delivered vaginally instead.

Although the results also disprove the theory that more women are requesting C-sections — such a demographic accounts for less than a single percent — it's most likely to do with the hospital culture toward in-and-out deliveries. Many doctors worry that longer labors lead to complications so intervene when, in fact, a C-section that's not medically indicated is more likely to harm patients.

New guidelines from the American Congress of Obstetrics and Gynecology might help healthcare providers lower these figures, but it won't happen overnight. "Changing that takes time," Dr. Aaron B. Caughey said.

How do you ensure you don't undergo an unnecessary C-section? Here are Consumer Reports's recommendations:

1. Find Out Your Hospital's C-Section Rate

You can start by searching for your hospital in Consumer Reports's public database. Its C-section rate should be below 24 percent. If the data isn't available, ask your doctor. If they won't disclose this information, consider another hospital.

Some practices track individual doctor's C-section rates as well, but if not, ask about their approach to labor and delivery. "Providers should be able to articulate their philosophy about supporting vaginal birth," Caughey said.

One of the most propagated misconceptions about C-sections is that a large baby warrants the procedure. Not so, according to the new ACOG guidelines, which cite that methods used to assess the baby's weight toward the end of pregnancy aren't accurate. "Babies typically have to be 11 pounds or larger to justify a Cesarean," Caughey said.

4. Lower Risks You Can Control

It's true that a hospital isn't the sole culprit: overweight and obese women do have a much higher risk of having a C-section. Do your best to shed excess pounds prior to conception, and recognize that if you are overweight, you should be gaining less during pregnancy than those who aren't. No matter your size, all women should also consider appropriate exercise to stay fit while pregnant.

5. Consider a Midwife or a Doula

Often seen as an alternative approach to childbirth, the benefits of having a midwife — someone who can deliver your child non-surgically — or a doula — a trained birth coach who can provide physical and emotional support throughout labor — are now being recommended. In practice, it's been proven that this type of presence leads to shorter deliveries and fewer C-sections.

Doctors shouldn't try to induce labor unless there's a solid medical reason — if a woman's water breaks and labor doesn't start on its own or she's a week or more past her due date.

The new guidelines also call for allowing more time in each phase of labor and delivery. In general, intervention should be based on how well the baby and mother are doing, not about how many hours have passed.

Image Source: Shutterstock
PregnancyHealth And SafetyC-SectionChildbirthParenting News
Around The Web