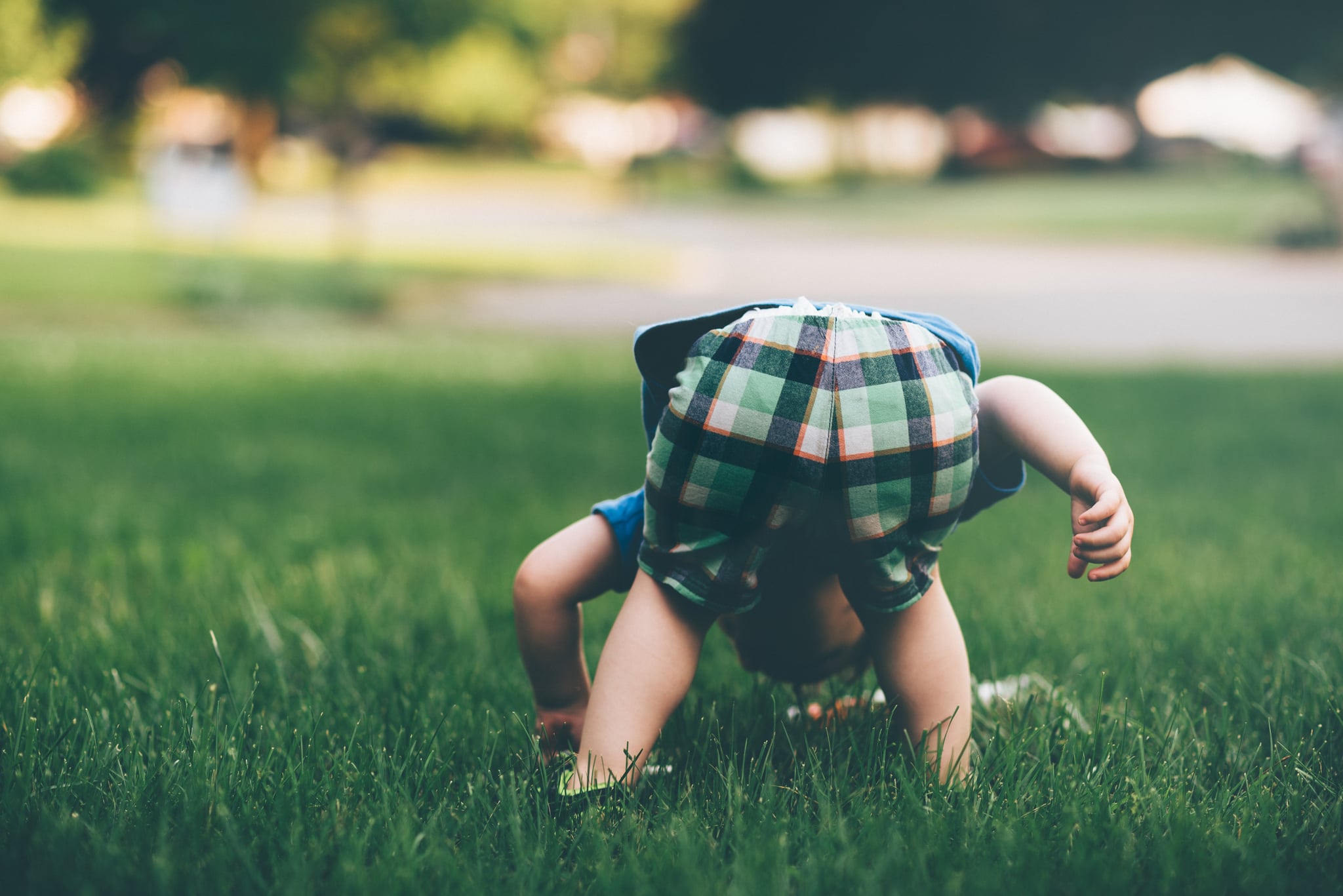 It's 8:50 a.m., and we're supposed to be at preschool in 10 minutes, but we're not in the car on our way there. Instead, we're standing in my son's room knee deep in crumpled clothing, him bordering on a full meltdown and me on the verge of tears. The four pairs of shorts and half-dozen tees piled around our ankles have all been deemed unacceptable, abhorrent even, by my 2-year-old. In fact, the mere suggestion that I put one of these items on him results in outrage and screaming.

It wasn't always this way. People used to comment on how adorable his clothing was, back when he gave me free range on dressing him, but by the end of Spring, he would only wear shorts, and by the time Fall rolled around, he refused to wear long sleeves and outerwear of any kind. Now, as we approach Winter, he will agree to wear only a handful of elastic-waistband shorts and simple tees. I give him options, I optimize my clothing purchasing toward his preferences (do you know how hard it is to shop for stylish boy's shorts in November?), and I'm slowly accepting that he'll never wear the handmade Irish sweaters I've been waiting for him to grow into since he was a baby. But coping on a daily basis is becoming impossible.

It seems every mom I speak to has dealt with toddler clothing preferences to one degree or another, but what is the best way to handle them? And when are they indicative of a bigger issue? To find out, I consulted with Maureen Healy of highlysensitivekids.com. She's a leader in the field of children's emotional health and author of Growing Happy Kids ($15) and The Energetic Keys to Indigo Kids ($16). Check out what she had to say below.

ADVERTISEMENT
Related:
5 Things No One Ever Told You About Raising a Toddler (but You Need to Know)

Why are some kids more sensitive to clothing than others?

Beyond being a generally sensitive person, a toddler showing strong opinions about clothing — or pretty much anything — is also a developmental stage. By 1 year old, Maureen says, children have come to realize that they're separate from Mom and Dad and have their own opinions. She says that even at the young ages of 2, 3, and 4, children can have sophisticated and complex thoughts.

"They just don't have the language and they don't have the cognitive development. They know what they want. They know what they don't want, even though they can't express it in language," she explained. "They can't really communicate why this shirt is better for me today. They just hear their mom saying they can't wear it, and they lose it." From this perspective, the child's frustrated meltdown does make a lot of sense.

Related:
6 Things I Wish Someone (Anyone!) Would Have Told Me About Temper Tantrums

"The moms who win are the ones who really get down to their kids' level and say, 'I know this is frustrating for you. I know this doesn't feel good. How can we make this more positive?'" The situation escalates when the child feels that his or her voice has been taken away. In that light, Maureen explains, it's not really about punishing the child but problem-solving with the child.

For example, if your child loves a purple shirt, buy five of them so you always have a clean one to offer up, or if your child wants to wear a full costume but you know that won't work at their school, allow them to wear the parts of the costume that will work in a classroom environment. Your best bet is to find ways to give the child what he or she wants while also meeting basic needs. "You're not taking away their voice then, you're not saying, 'Hey, what you say doesn't matter.' We're instead saying, 'What you feel and say matters, but I'm also the parent and you've got to work with me here."

There are times when you can't negotiate or compromise, and for these, Maureen advises you to pick your battles. If it's below freezing and you need them to wear a coat so you can leave the house for the day, let them know that no one is going anywhere until the coat is on. "Then that's the deal, and then you just have to ride it out," Maureen said.

If you're really not getting anywhere, she says it's OK to encourage kids with an incentive. One tactic? You can tell them if they can get dressed and make it to school on time, you'll take them for a frozen yogurt. "The whole goal is how can we get more harmony and peace in the household."

Related:
The 15 Best Toddler Toys of 2017 Will Put a Big Smile on Your Little One's Face

Will my child grow out of it?

Some do and some don't — and that's OK. Maureen says that we should be the ones adjusting our thinking. "There's no reason for us to say, 'They're wrong and we're right.' They're just being really clear." If their needs are within reason, she suggests continuing to work with the child to accommodate them. "As long as they're warm and safe, who cares if they look like a weirdo? They're just 3 or 4! They're supposed to be odd and different."

Is this part of a bigger problem?

The prevalence of autism has many parents wondering if extreme clothing sensitivity is a sign their child is on the spectrum. Maureen, however, says that this is a big leap. Although it can be a part of an autism or Asperger's diagnosis, particular clothing preferences alone are not indicative of the condition; however, if there are other signs, such as not making eye contact, an expert should be consulted.

Sensory processing disorder is another condition that is often thrown around when discussing kids with extreme clothing sensitivities. While Maureen suggests that any sensitive child could be fit into the sensory processing disorder lingo, she recommends parents don't panic. The real tipping point for a sensitivity becoming a bigger problem is when it affects every moment of every single day. Maureen cites a girl who absolutely can't go outside unless she has on sunglasses or a boy who throws up at the mere smell of peanut butter. But, she said, "for the child who's just particular, or what maybe some parents would call fussy, I think that's a different scenario."

If you're unsure if your child's sensitivity has passed the tipping point, Maureen says to trust your own instincts and consult with an expert.

Little Kids
I Couldn't Decide Which Homeschool Style I Liked, So I'm Combining the Best Bits
by Angela Anagnost-Repke 1 day ago

by Amanda Prahl 41 minutes ago