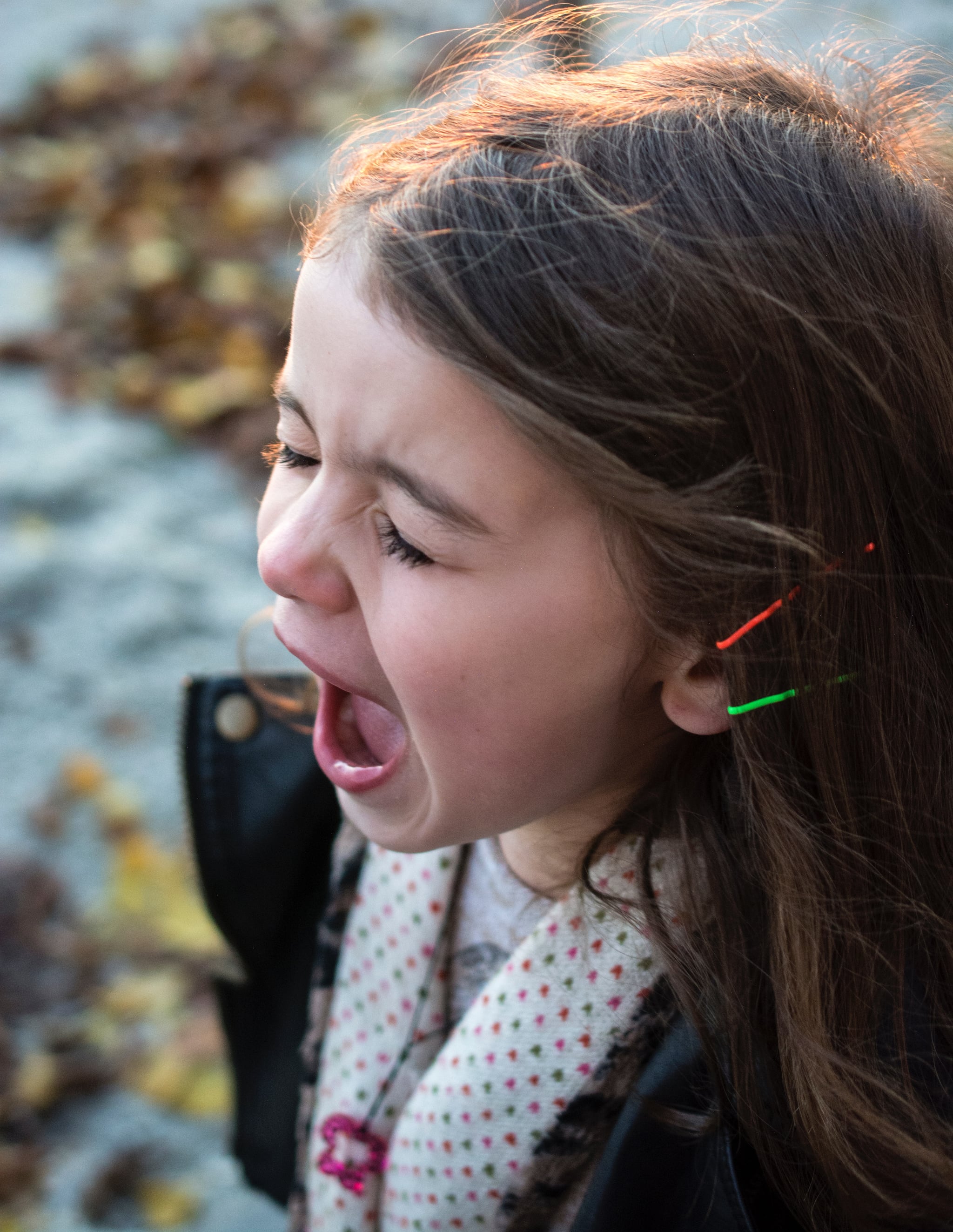 If it were up to me, I wouldn't take my 5-year-old daughter shopping with me. She doesn't particularly enjoy shopping for clothes, and as soon as she spots a toy or a display laden with fancy headbands, I know I've lost her. Dragging her away from whatever she's set her sights on pretty much ensures that I'll be carrying her out of the store kicking and screaming, and our trip will have been a total failure.

I've tried it all. I've left her at home, which only resulted in having to go back to the store to return everything I had purchased because she has opinions and won't wear anything she didn't pick out herself. I've threatened punishment at the first signs of a tantrum but found it ineffective. I've even let her have her tantrum while I continued shopping, completely brushing off the stares coming from my fellow shoppers — that's always a fun time. I've bribed her with a treat for good behavior, but that only works about half of the time. And I've left the store with nothing, which is the worst because it ultimately results in my having to make another trip, and really, with three kids, who has the time or patience for that? It's through this trial and error that I've found the one trick that always works for us when we're out shopping. That trick is compromise.

Related:
22 Phrases to Stop a Tantrum in Its Tracks

During our most recent trip to the mall, my daughter needed sneakers. If I left the decision entirely up to her, she'd choose a pair of sneakers that would make my eyes bleed. I also know that telling her she can't have the $55 pair of completely impractical brightly colored, sparkly shoes adorned with rhinestones, unicorn horns, and lights could end badly. Instead of just saying no, I chose three pairs of sneakers, and told her she could choose one of the three. If she made her decision without a fuss, then she could have 10 minutes to look or play in another store of her choosing before we head home. That was good enough for her, and we left with a new pair of shoes.

Looking for clothes is never fun because in spite of having such strong opinions on her wardrobe, my daughter doesn't actually like shopping. On a good day, she'll actually look at a handful of things on the first rack she sees and choose one thing before declaring she's done and asking if we can head to Starbucks. Since we only go shopping when she really needs new clothes, I need more than one top or dress that she halfheartedly picked out. So again, we compromise.

Since I know my daughter and how she shops, I go to the store with a list of exactly what she needs. It may be something like five pairs of pants, five shirts, and one sweater. If she finds everything on the list without complaint, then she can also choose one extra, special item. Sometimes it's a dress that she's fallen in love with and other times it's a sparkly headband that I know she'll never wear, but a deal is a deal.

Having to take my daughter shopping with me isn't my idea of fun, but over the last year and a half, I've learned how to make it almost painless. Sure, it takes more time and planning, and I inevitably spend a little more than I would if I were shopping alone, but these trips have ultimately been good lessons in compromise for her. And while part of me is sad that neither of us get excited about mother-daughter shopping sprees, I do have three girls, so I guess I should count my blessings that at least one of them isn't likely to become a shopaholic.

Family Life
How I Survived Disneyland While Pregnant . . . and With a 4-Year-Old
by Laurel Niedospial 1 week ago