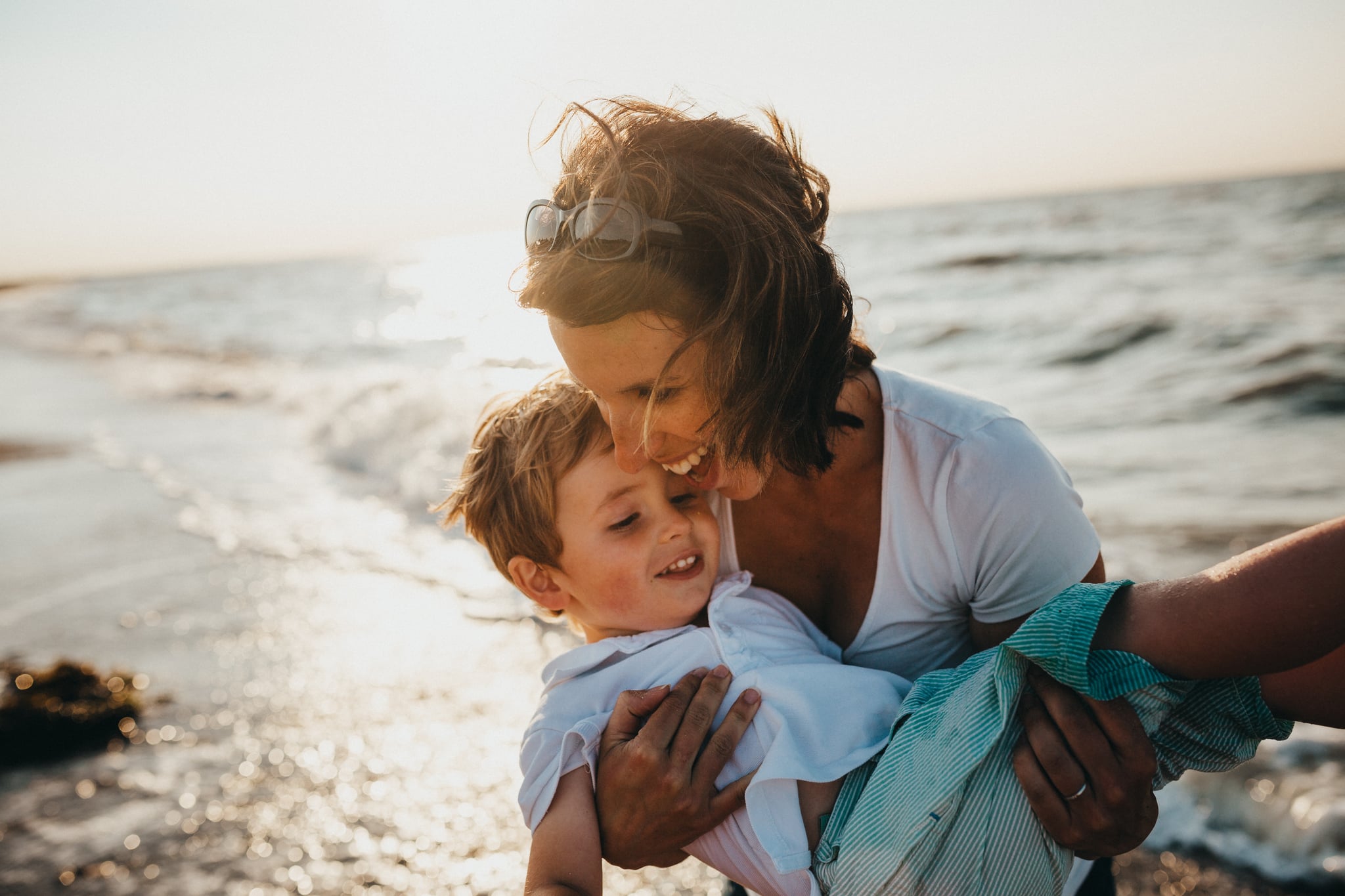 Sometime in 2017, I fell down a Pinterest rabbit hole that convinced me a bullet journal would change my life. It didn't, but it did give me a new and interesting way to track things like finances, how many (and which) books I read, personal goals, and prioritizing my home improvement wish lists. The most interesting thing I tracked, however, were my moods.

Starting on Jan. 1, I diligently tracked my moods on a color-coded graph at the end of each day. I kept track of when I was irritable, sick, exhausted, sad, overwhelmed, bored, happy, content, or whiny. I already knew that I'm generally a pretty happy person, but at the end of the year, when I looked back at the colorful blocks, I actually learned a valuable lesson about who I am as a parent.

Related:
You Know What Sparks Joy in Me? Not Doing Marie Kondo's Folding Method

I diligently tracked my moods on a color-coded graph at the end of each day. I kept track of when I was irritable, sick, exhausted, sad, overwhelmed, bored, happy, content, or whiny.

I expected last year to be hard. My daughter was a stereotypical threenager when we brought home not one but two new babies just days before the start of the New Year. I was prepared for sleepless nights, stressful mornings, and intense feelings of inadequacy as I attempted to settle into our new life as a family of five.

As it turns out, it was even harder than I had anticipated. While one of my twins ate well, slept like a champ, and was content to just observe the world from her swing or activity mat, her sister screamed every time I put her down. On my tracker, the first half of January was a row of blue boxes. There was a blue box on the day I picked up my toddler, who suddenly felt so big. There's one for the day I spent two hours sobbing because I couldn't remember the last time I had taken a shower, and another on the day my husband went back to work and I felt like I just couldn't do it. But on Jan. 14, the blue boxes were replaced by pink ones, indicating that I was peaceful, happy, and content. There was a week of pink boxes that were then replaced by a week of purple boxes. I was happy and productive, proving that I could win at this whole mom of three thing, even if it was only sporadically.

Related:
No, Going to the Grocery Store by Myself Does Not Qualify as "Me Time"

The next year didn't get much easier. One of my babies didn't sleep through the night until after her first birthday, and as the twins became mobile and started demanding more attention, my older daughter's behavior became more challenging. The laundry pile grew higher, the messes got messier, and time became harder to manage. There were days when I made a concerted effort to get everything done while my kids entertained themselves. Then there were days where I looked at the mess, threw up my hands, said f*ck it, and just played with my kids. Those days, when the house was in disarray and my preparing dinner consisted of calling in a to-go order that my husband could pick up on his way home from work, were my happiest. Spending time with my children and really engaging with them brings me more joy than an immaculate house ever could. Hosting a successful play date, taking a trip to the library, or watching my girls discover something new at the children's museum are the things that make me feel most productive. That's when I feel like a good mom. That's when I feel like I'm winning.

The majority of 2018 is represented by pink and purple boxes. I learned that I love embracing the chaos. The crazier the day and the more exhausted the kids, the happier I am. Every now and again, I still have days where I think I may lose it, and I end the day with a glass of wine, grateful for the fact that there were no casualties. But I also know that someday, I won't have my sweet little baby clinging to my leg while I try to make dinner or have my 4-year-old hop in the shower with me (uninvited) and subsequently hog all of the water. Someday, my house will be quiet. And I have a strange feeling that on those days, my mood will be consistently blue.