PS: Switching gears a bit, your Instagram bio once said "dad" before anything else — do you consider yourself a father first?

Justin Baldoni won over our hearts as the sexy Rafael on Jane the Virgin, where we saw him go through so much, including becoming a dad and raising a son with Jane (played by Gina Rodriguez). In real life, however, Justin is dad to 3-year-old Maiya and 10-month-old Maxwell. And because his sister and parents all have allergies, the 34-year-old actor, director, and filmmaker partnered up with the National Peanut Board to spread the word about the benefits of introducing peanuts to babies early, which is something he's doing with Maxwell.

According to the 2015 LEAP study, if parents feed small amounts of peanut foods to kids as early as 4 to 6 months of age, it could reduce their chances of developing a peanut allergy by up to 86 percent. Justin spoke candidly to POPSUGAR about how he and his wife, Emily, introduced Maxwell to peanuts, as well as what they're doing to raise their kids to be the best humans possible. After reading his heartfelt answers, we promise you'll want Justin to be your dad, too!

Editors Note: While the Baldonis chose peanuts as a first food in consultation with their doctor, the American College of Allergy, Asthma and Immunology recommends peanuts be introduced after other solid foods. Parents should consult with their doctors about any concerns they have about food allergies. For more information about peanut allergies and prevention, visit preventpeanutallergies.org.

Related:
Finally! A New Way to Test For Allergies That Doesn't Require You to Give Kids Peanuts
0
previous images
-21
more images
Previous Next Start Slideshow
Justin BaldoniCelebrity InterviewsCelebrity Parents
Around The Web

Jennifer Lopez
Jennifer Lopez Is Also Confused by Her Children's Schoolwork: "It's a New Math"
by Kelsey Garcia 6 hours ago 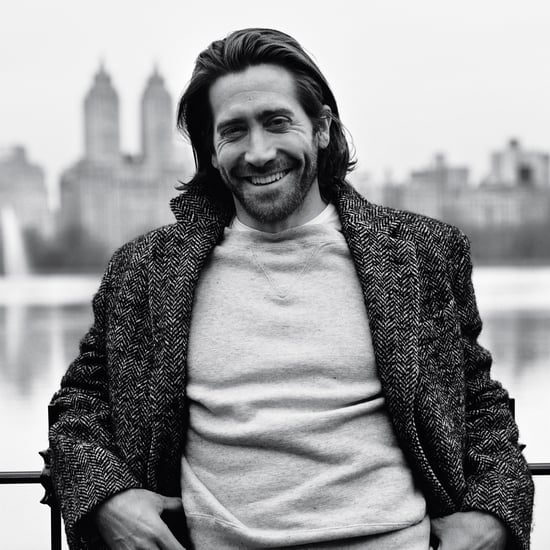