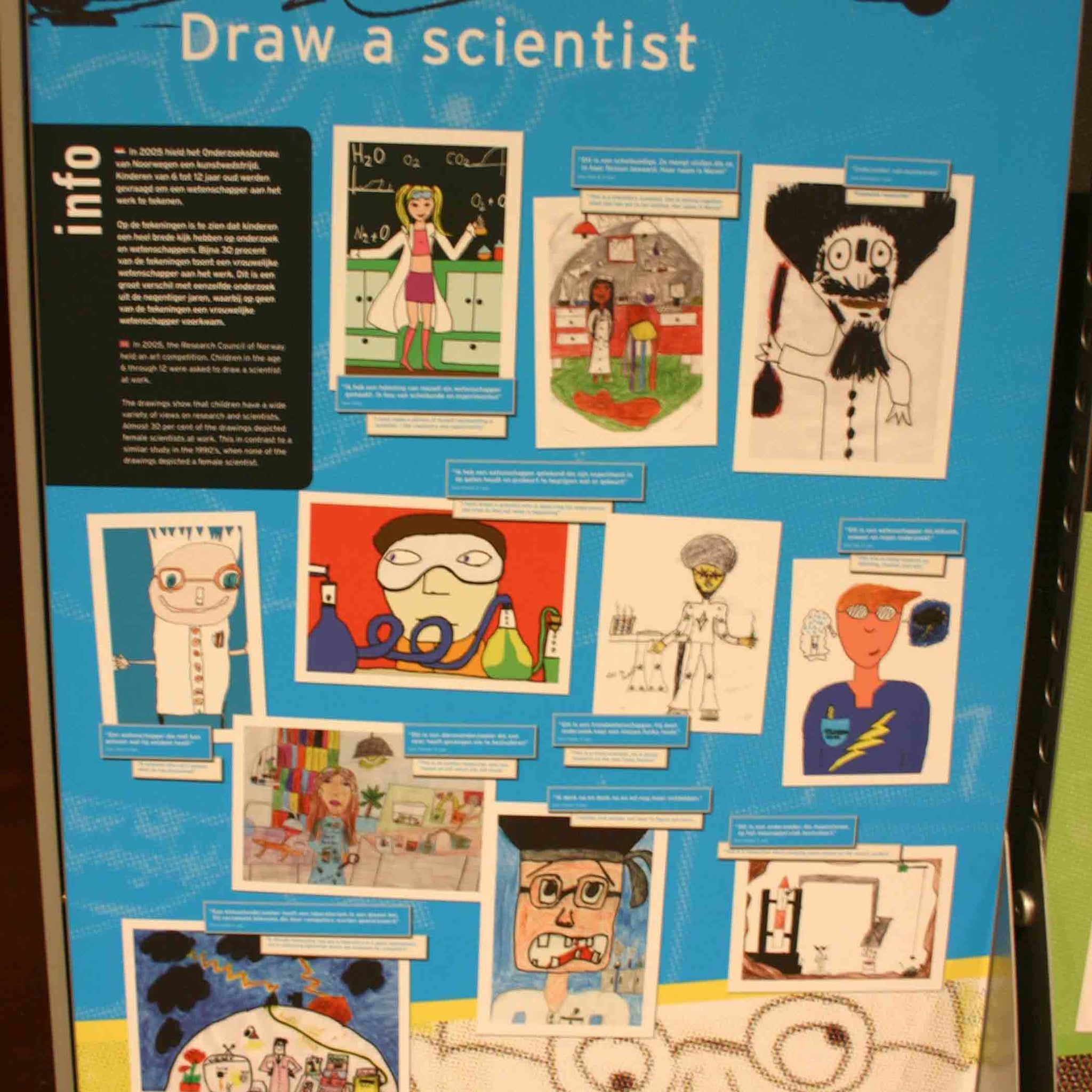 After years of having mostly men involved in the tech and science industries, the tides are changing: more women are becoming scientists, engineers, and computer programmers. A recent study published in the journal Child Development shows just how far we've come in terms of gender stereotypes. And the data is from a pretty incredible source: drawings done by little kids.

Researchers at Northwestern University analyzed 78 different studies that included more than 20,000 children between 1966 and 2016 and found that little kids are much more likely to depict a scientist as female now compared to 50 years ago.

Related:
How Gender Stereotypes Are Impacting Kids by Age

The authors spent time looking at research done between 1966 and 1977, where elementary-age kiddos were simply asked to draw a scientist. During that time span, only 28 students (who, by the way, were all girls) drew female scientists, which accounted for less than one percent of the total number of pupils. Thankfully, the numbers made a huge jump between 1985 and 2016 with 28 percent of kids drawing a woman.

David I. Miller, lead scientist and PhD candidate, told CNN there are several reasons for this trend, including the fact that more women are working in scientific fields now more than ever. "We're seeing more women earning science degrees and becoming scientists," said Miller, explaining that the percentage of women working as scientists in the US has significantly increased since 1960. "The rates rose from 28 percent to 49 percent in biological science, 8 percent to 35 percent in chemistry, and 3 percent to 11 percent in physics and astronomy."

And believe it or not, media has also played a huge role in the transformation of gender roles. He explained that movies like Hidden Figures, which show strong women taking an active interest in science, play a huge part.

It's also worth noting that the children's age has a whole lot to do with whether or not they draw a man or a woman.

"During elementary and middle school, the tendency to draw male scientists increased rapidly with age," the study says. "When children started high school at ages 14 or 15, they drew more male than female scientists by an average ratio of 4-to-1." Miller believes this is because when kids are around 2 or 3 years old, they don't have a full grasp on gender stereotypes just yet, since those develop later in life.

Child Health and Safety
What Parents Need to Know About Multisystem Inflammatory Syndrome, an Illness Related to COVID-19
by Murphy Moroney 1 week ago

Space
NASA Shared a Photo of a "Sea of Dunes" on Mars, and Wow, Is It Breathtaking
by Haley Lyndes 1 week ago