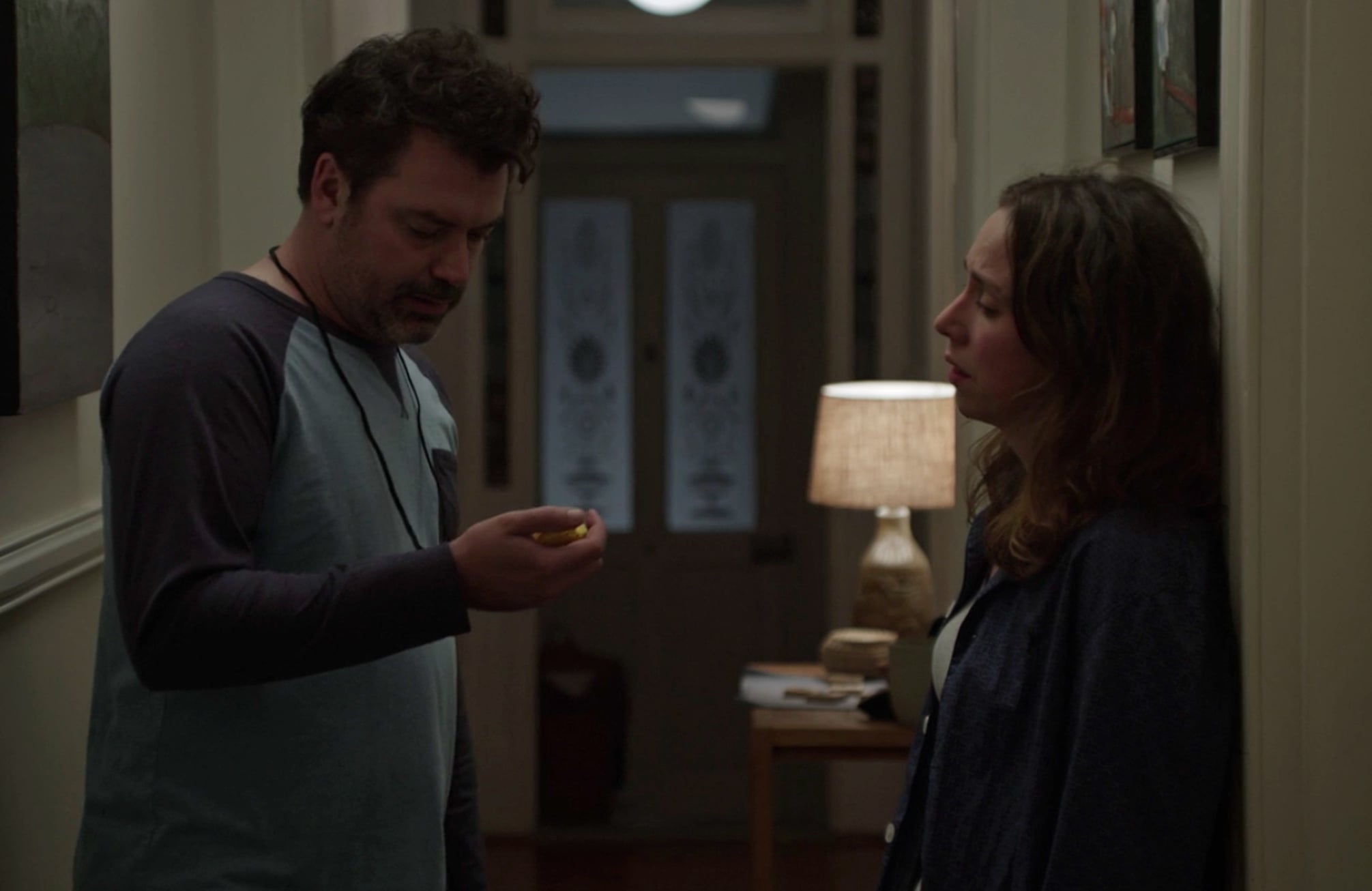 In one of Netflix's newer series, The Letdown, Audrey, a new mother to a daughter named Stevie, struggles with the hardships of motherhood — everything from trying to breastfeed in public without onlookers to trying to find child care to go on a night out with friends. However, one of the most relatable storylines in the first season, which plays out through the second episode, is all about sleep training and its various methods. Following a conversation with a mom who appears to have it all, Audrey learns that her son has been sleeping through the night for a while now — 7 to 7, the dream — and recommends she read some of the parenting books she used to help Stevie sleep through the night.

Night one is that same day, to Audrey's husband's dismay, and they choose to try a method called controlled crying in which you let the baby cry in timed intervals to see if they'll soothe themselves, then enter the room once the time is up to calm them, if need be. "We're going to start leaving her in the cot, we let her cry, we go in at intervals — not 35-second ones," Audrey tells her husband, Jeremy. So the couple hit the hay prepared for a potential sleep war, and not two hours later, Stevie's up and wailing.

After two minutes, Audrey enters Stevie's nursery, she pats her to sleep, and the couple high-five out in the hall before a creak in the floorboards wakes her back up.

After their hushed argument and four minutes on the timer, Audrey heads back into the nursery and comes out later to a sleeping Jeremy.

TL;DR: Stevie's up and crying again every two hours, and the couple are pretty agitated.

"I've got a f*cking RSI [repetitive strain injury] and you're out here sleeping?! Well you can pat next. Why am I doing all the patting?"

TL;DR: Stevie's up and crying again every two hours, and the couple are pretty agitated.

By 4:30 in the morning, Audrey can't stand hearing Stevie cry anymore and decides to drive her around in the car until she falls asleep. The next night, Stevie's crying before Jeremy and Audrey even head to sleep themselves.

"Oh f*ck, no, please!" Jeremy groans.
"Maybe we should quit and just bring her into our bed tonight."
"Yes! I'm exhausted, thank you."
"OK, that was a test and you just failed . . . last night was a disaster. We have to do better. And by me, I mean you!"
"But you started crying at the five-minute mark."
"Yeah, I can't control that. I've got the crazy hormones!"

As expected, night two — the "tougher" version of the regimen that involves five-minute crying intervals and shushing instead of patting — doesn't go much better. Audrey comes out of Stevie's room begging for water, as she's parched from shushing, only for Jeremy to get up and fall over on his way to getting her a drink because his leg has fallen asleep.

The next morning, an emotional and "shattered" Jeremy calls his mom to ask if she ever did controlled crying, and she immediately responds: "Oh, that back-and-forth nonsense? No. Just let her cry it out."

Related:
We Let Our Baby Cry It Out, and 10 Years Later, This Is What Happened

Taking her advice, he buys himself and Audrey a pair of noise-canceling headphones to prepare for the night ahead. However, Audrey, who feels like a failure after not being able to make controlled crying work, doesn't think she can handle "cry it out" (and cries it out a bit herself in the process). But once Jeremy says something that annoys her, she slips on the headphones simply to avoid talking to him anymore and sleeps through until 6 a.m.

"We did it!" she shouts, as she takes off her headphones to reveal the sound of Stevie crying. "Oh, sh*t."

Hey, at least they were successful — for one night.