This is from a dying mum to her daughter it was found inside a second hand book can we find the daughter? @BBCTees pic.twitter.com/a11Y2hUo8g

Gordon Draper runs a secondhand bookstore in Bishop Auckland, England, and he recently discovered an emotional note inside a book that he knew was going to bring him to tears. The letter was written from a dying mother addressed to her daughter, Bethany, and was found inside an envelope packaged with an old photo of a mother and a daughter.

"Bethany (My little treasure)
If your dad is reading this to you It is because I have died and gone to heaven to live with the angels. . My chest was very poorly and I had an operation to make it better but it didn't work. I will always be in the sky making sure you are alright and watching over you. So when you see a bright star like in the nursery rhyme Twinkle Twinkle Little Star that's me. Be a good girl and live a long happy life your dad and Granda will look after you and take you to school. I will always love you and don't let anyone tell you its wrong to talk about me because its not. I hope you don't forget me because I'll always be your mam. Lots of hugs and kisses.
Goodbye
Mam. xxx
P.S I'm depending on you to look after Rosie for me now. Don't forget her will you not."

A letter has been found inside a second hand book its from a dying mum to her daughter. Do you know who Bethany is? pic.twitter.com/g0uG2IeWXq

"I just thought I have to do something with it," Draper said when he found the note. "Hopefully we will find this Bethany to hand her it back. My only wish at the moment is to get it back to its rightful owner." Draper's wish came true and Bethany Gash, now 21 years old, said it meant "the world" that he cared so much to return the letter to her. She said that her mother, Lisa, passed away in 2001, but before she got sick, she'd bought a lot of books in Draper's shop.

The letter must have been lost while they were moving homes and Bethany "never thought" she'd see it again. But in a Serendipity-esque moment, she was reunited with this tear-jerking memory from her past. "When I read the letter itself, it feels like an arrow is piercing straight through my heart," Draper said. "People don't always get the opportunity to say goodbye and through finding and returning the letter, I felt as though I was part of the farewell."

Thanks to your help Bethany Gash has been reunited with letter from her dying Mum. Hear her reaction tomorrow from 6 pic.twitter.com/hhyQAJIh41

Personal Essay
I Watched Both of My Parents Suffer Through COVID-19 — and It Was So, So Scary
by Kate Brennan 4 days ago 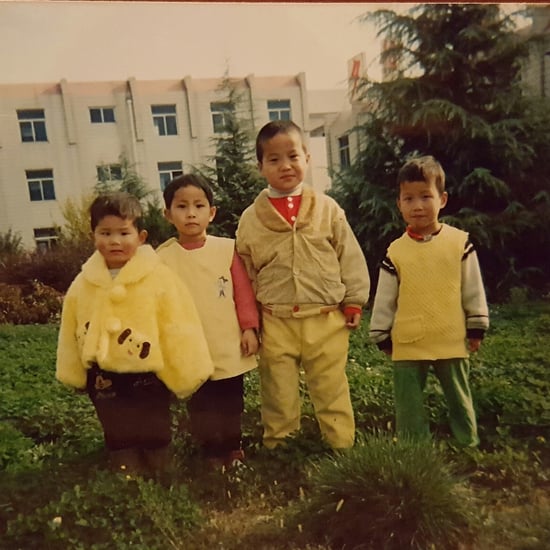 Friendship
I Was Finally Able to Reconnect With My Friends From My Orphanage, and I'm So Grateful
by Alliya Dulaney 4 days ago