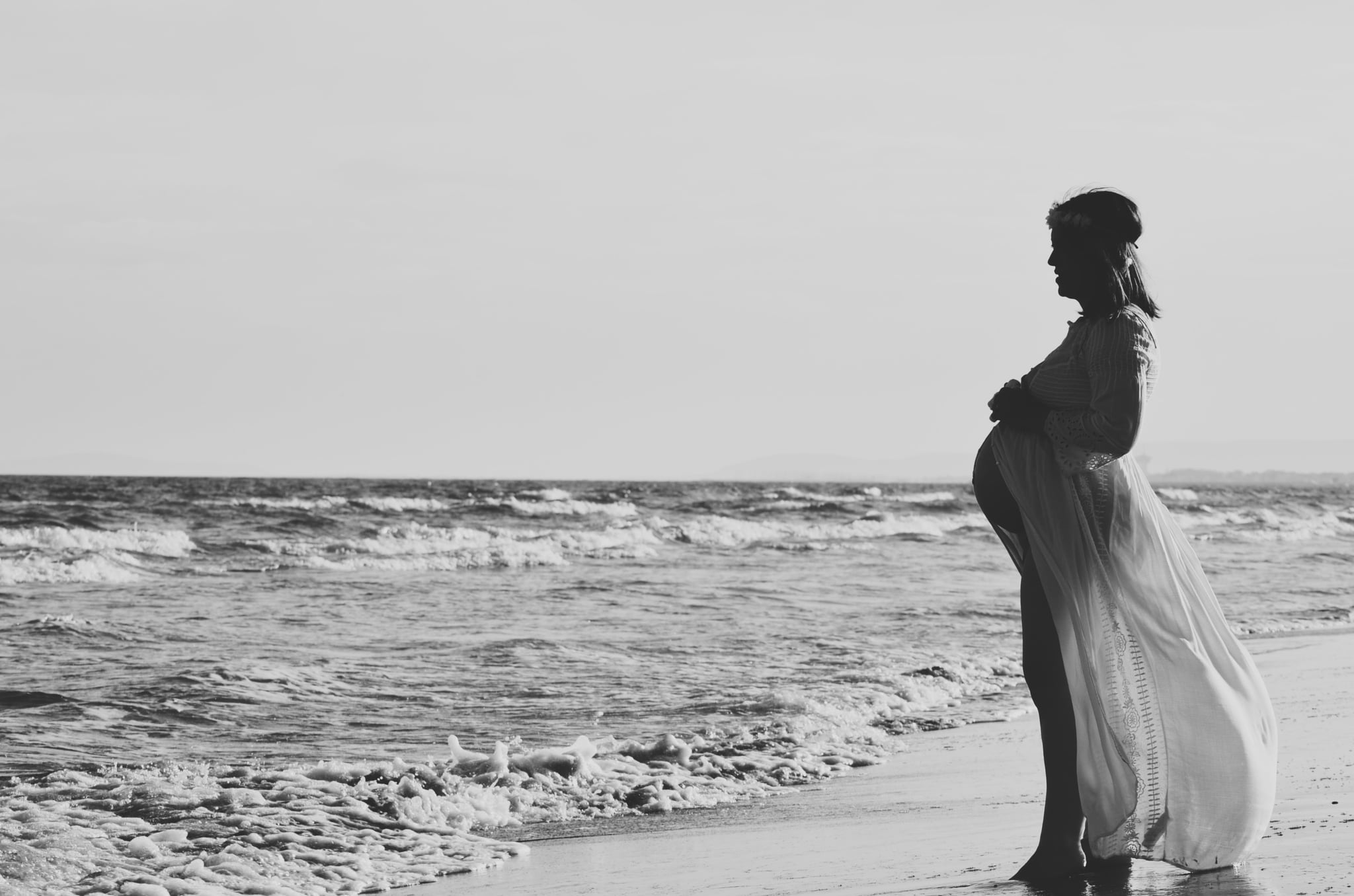 First of all, congratulations on your pregnancy. I know right now you're probably feeling a little nauseated, which is mostly due to nerves rather than hormones, but trust me, you're going to love being a mom. Being pregnant, however, is not going to be what you expect or want.

For starters, you're going to get huge. I know you've had it in your mind that you're going to be one of those "fit moms," the kind where people stop you on the street to tell you how they weren't even sure you were pregnant until you told them. Well, darling, you didn't have six-pack abs before and you're certainly not going to get them during your pregnancy. By committing to a lifetime of avoiding sit-ups and crunches, you've all but guaranteed that your excessively large baby will have plenty of room to grow.

Running, due in part to the aforementioned size of your growing bump and a pinched nerve, will be hard for you. As will long walks. Quell your fear about being in a bathing suit and go for a swim instead, especially since this will be one of your last times without having to pack a suitcase just to go in the water.

ADVERTISEMENT
Related:
A Letter to My Unborn Baby: Here's What I Promise You

Take all the photos. All of them. In an effort to be different and not annoy your friends, your decision not to document your belly growth will be one of your biggest regrets. You will want to look back on these missed opportunities to see your burrito belly blossom into a full-grown spectacle that has created life. I know this may come as a shock, but you can take photos and not post them.

Similarly, force your husband to take maternity shots. Yes, he thinks they're dumb and you don't want to burden him when he's already nervous about being a parent, but do it. He'll get used to, and love, being a dad and you'll wish that there were professional photos of your family during that special time you're growing his baby and his shirts are too small for you.

You're going to wrongfully claim that you never got any pregnancy cravings, but you, Miss Thing, are a lying liar who lies. For all your organic-buying, whole-food-cooking, no-fast-food-ever way of life, what you're going to want more than anything is a McDonald's cheeseburger. Despite not having eaten at McDonald's in more than a decade, this craving will gnaw away at you. Give in; have the damn cheeseburger. Enjoy it in all its tasty glory, because once that baby comes, your dinners will consist of leftovers off your toddler's plate.

Related:
The 1 Thing I'm Happiest I Did During My Pregnancy

For some women, slathering jobi oil, cocoa butter, and lotions on a growing belly helps reduce stretch marks. You are not one of these blessed women. Mostly you just end up smelling like a store where hippies buy their incense. Put it on if you want, but don't feel guilty if you miss an application.

While I'm on the subject, guilt will be a large part of your pregnancy. Too much time will be spent focusing on an obsession with doing everything perfectly. Did you eat the right foods? Did you take the right multivitamin? Play music for your baby, wait, no, don't play music for it because it may hurt the baby's ears. There's a lot that you'll beat yourself up over, but by the end of the pregnancy, you'll have a baby who loves and adores you, regardless of whether or not you skipped a day of prenatal vitamins.

You're going to spend a lot of money on clothes, nursery decor, and things that you think the baby needs. Get on a moms' Facebook group early and see if you can borrow or have any of those things you're certain your baby needs. I know you want the vibrating rocker that matches the curtains, but at $120 for four months of use, maybe it would be better to borrow it.

Lastly, relax with that man of yours. Although soon enough he will be your coparent in this crazy ride of raising a family, for now he is your husband. Sit and watch the rain, embrace the silence, and enjoy the flexibility of being able to leave the house in less than two minutes.

Being pregnant is a mind-trip, a surreal experience that you can't fully appreciate until long after you're done. Remember to take time for yourself and that any of your weak moments can be excused by the fact that you're growing a very large tiny-human.

Lily Collins
I Thought Emily in Paris Might Be the New Generation's Sex and the City, but I Was Wrong
by Nikita Charuza 2 days ago

Healthy Living
I'm a Light Sleeper, and This Solution Has Helped Me Rest More Soundly Than White Noise
by Lauren Manaker 2 days ago

Healthy Living
I Don't Want My Old Body Back, and Here's Why You Shouldn't Either
by Kennedy Hill 2 days ago