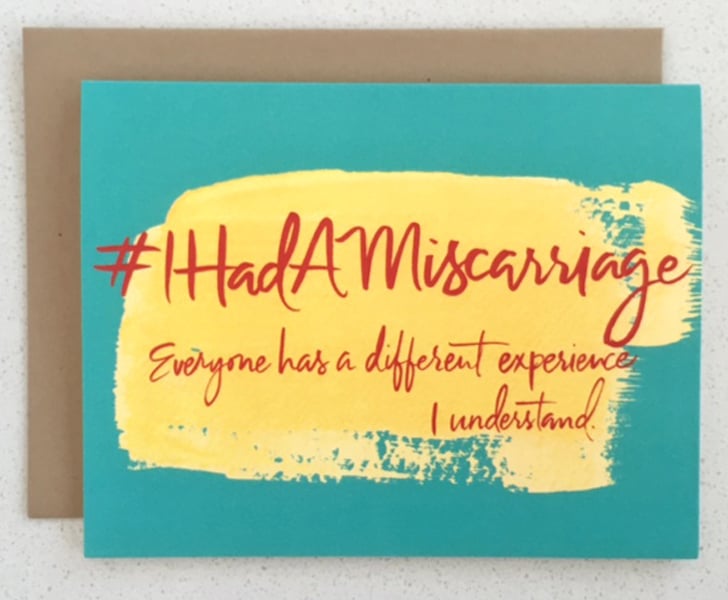 These 9 Miscarriage Empathy Cards Say All the Things You Can't

Even though 20 percent of all pregnancies end in loss, nearly every woman who has a miscarriage suffers in silence. For some reason, it's still so often a topic not to be discussed, not even with close family and friends.

Dr. Jessica Zucker, a psychologist specializing in women's reproductive and maternal mental health, had long worked with women who'd experienced these types of loss before experiencing it herself with a 16-week miscarriage. Instead of hiding her pain, she shared it — and even took to Twitter with a powerful #IHadAMiscarriage hashtag campaign.

She hopes to keep the conversation going with a line of empathy cards that aim to acknowledge the loss of a pregnancy or a baby in a meaningful way, and thus, as she wrote on her website, "honoring the subsequent feelings and puncturing the cultural silence."

Just as cancer survivors have begun making empathy cards for those suffering devastating illnesses, the nine beautifully crafted $5 cards in Zucker's line also include sentiments for those pregnant after having suffered a loss and for those who lost a child in delivery or gave birth to a stillborn baby. And each one — as poetic as it is powerful — will certainly bring comfort to a woman who, until now, only felt the silence.