It might finally be time to take the spotlight off of Queen Elsa of Arendelle — the next Disney princess is here!

Moana isn't heading to theaters until Nov. 23, 2016, but your kids will likely know everything about the island princess well before the computer-animated film debuts. With that in mind, we've rounded up the five things every curious parent needs to know about the new young heroine. Fair warning: if your daughter has always wanted to be a Disney princess, the latest news about the voice behind the character will only add fuel to their Frozen-level fire.

The upcoming film follows Moana Waialiki, a spirited young teen from the South Pacific 2,000 years ago, who is a natural-born navigator . . . literally. She's the only daughter of a chief in a long line of navigators, and the sea-voyaging enthusiast sets off on an epic journey to find a fabled island. According to the reveal at Disney's D23 Expo, what follows are encounters with enormous sea creatures and underworlds.

2. A real girl obsessed with Disney princesses will be the voice.

If your daughter has long had dreams of becoming a Disney princess one day, you can tell her it's actually possible. Moana's filmmakers, when searching for the voice behind their lead character, auditioned hundreds of girls throughout the Pacific Islands. Auli'i Cravalho, a 14-year-old from Oahu, HI, got the role: "From baby time to now, I wanted to be a Disney princess," she said in an exclusive interview with People.

Parents seeking a strong female role model for their kids, rest easy. In the same vein as Brave's Merida and Frozen's Elsa, Moana — not some castle-dwelling prince — is the main heroine of the story. "She's brave, she is so empowered, she knows what she wants and she's not afraid to get it," Cravalho told People of the character. "I just love watching how she goes along in this wonderful movie and grows as a person and helps her culture along the way."

That's right: if you weren't already crushing on the wrestler-turned-actor (who has a soft spot for his youngest fans), The Rock has signed on to voice Maui, a mythological demigod who aids Moana. In Hawaiian folklore, Maui pulled the islands from the sea and lassoed the sun atop Haleakala, the island's highest peak — and although the movie is inspired by him, it's yet to be seen what exactly will unfold on screen.

5. If you loved The Little Mermaid and Aladdin, get excited.

John Musker and Ron Clements, the filmmakers who paired up to direct those two hit Disney movies, are joining forces again to codirect Moana — so you can trust this story is in good hands. And, as for the music, Mark Mancina — the composer who arranged many of the popular songs behind The Lion King — is at the helm. 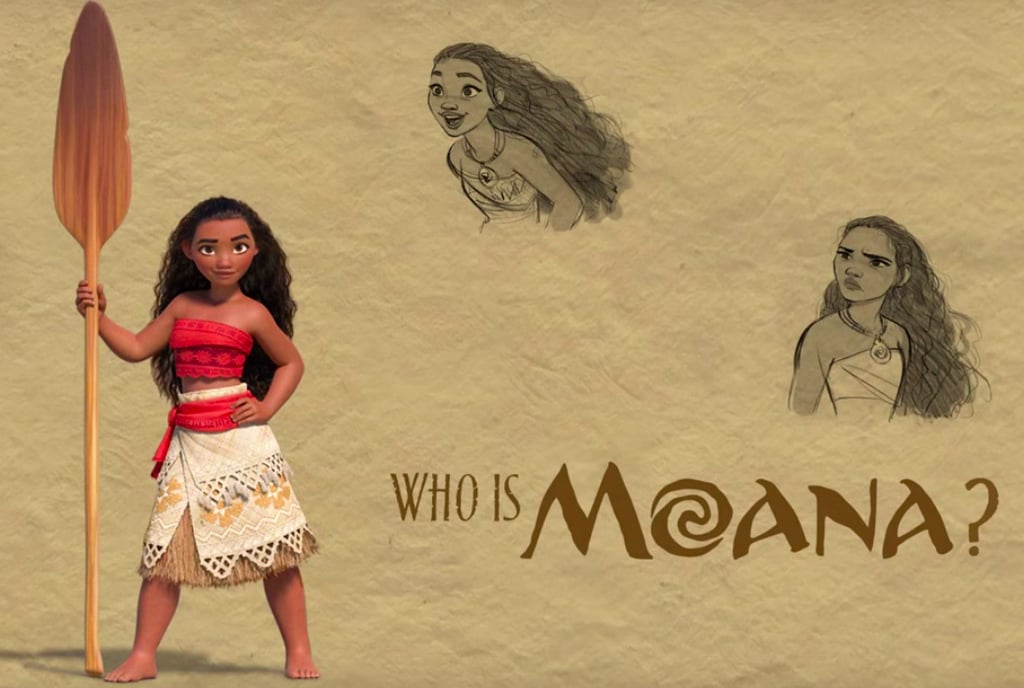 Little Kids
Oof, the Internet Is Divided Over the First Glimpse at the New Clifford the Big Red Dog
by Chanel Vargas 4 days ago

Holiday For Kids
'Tis the Season on Disney Channel! All New Holiday Episodes Begin Airing on Nov. 28
by Alessia Santoro 4 days ago

Movie Trailers
A Boss Baby Sequel Is Coming, and I Have 2 Words For You: Jeff Goldblum
by Alessia Santoro 5 days ago