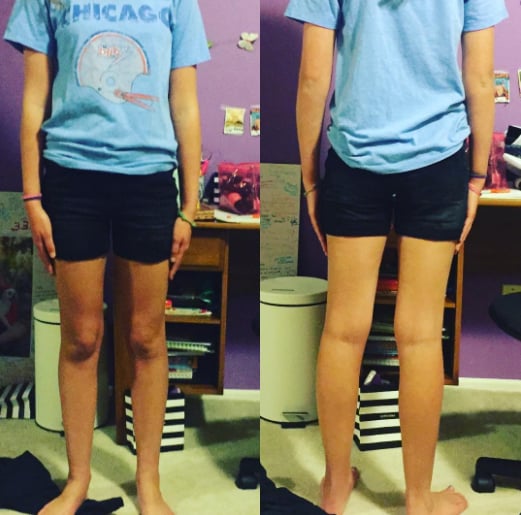 After a middle school principal sent her daughter home from school two days in a row with a note saying that her outfits are inappropriate for school, one mom has a simple message: thank you.

In a sassy open letter to the school administrator, and shared on Today's community page, Catherine Pearlman expressed her gratitude to the principal for expressing such concern over her 13-year-old's clothing and "forcing her to change into large mesh shorts that have been worn by only god knows who and potentially never washed."

Catherine, who is the author of the parenting book Ignore It!, explained that her daughter has "exceptionally long legs and arms," making it difficult to find somewhat fashionable shorts that fall below her finger tips. And since the principal has taken such an interest in her clothing choices, her mom is offering her principal the chance to experience the joys of dressing a growing and opinionated tween. "To reward you for treating my daughter with such concern, I am cordially inviting you to take my daughter shopping," Catherine wrote.

ADVERTISEMENT
Related:
A School Thought This Girl's Outfit Was More Appropriate For a Night Club — And Her Mom Is Livid

But first, Catherine outlined her daughter's opinions on the clothes she puts on her body. The girl doesn't like anything pink, purple, or frilly, refuses dresses, and doesn't like anything with logos because "that's not cool" anymore. "She will however wear any type of superhero, Green Day, or USFL t-shirt if you can find them. You might be able to try for an occasional Beatles reference but that's touch and go," Catherine wrote. "Now, don't forget that you will have to find something in the stores that also meets with your dress code requirements."

Catherine advised that the pair focus on finding shorts that the principal would approve of since the girl will receive detention for another dress code violation. " I'd schedule a few afternoons and weekends for this endeavor," she wrote. "I can tell you from experience that just heading to the mall, Target, and the outlets won't cut it. Not much for her there. I've already checked."

As a final reminder, Catherine asked that the principal keep their budget in mind. "She is still growing, after all," she wrote. "I thank you endlessly for taking on this chore. What a relief for me."

After signing the note, "Sick of the Dress Code Mom," Catherine added a final but important thought. "I forgot to thank you for making it clear to my daughter that her body is somehow a distraction, either to herself or to the boys," she wrote. "I thought she might have missed the message earlier in the year when the gym teacher told her she couldn't wear yoga pants because the boys aren't able to control themselves. I appreciate how hard you are working to drive the point home."

Image Source: The Family Coach
Tweens And TeensPrincipalParenting NewsSchool
Around The Web

Tweens and Teens
There's a New Barbie Baking Cookbook Coming Out, and Our Mouths Are Watering
by Murphy Moroney 7 hours ago