As one mom gets ready to celebrate her baby's first month of life, she's speaking out against those who have shamed her parenting choices.

The unnamed mom explained that her baby was premature and that he spent his first week at the hospital doing light therapy in hopes of improving his bilirubin numbers. "The initial day or two I struggled to get a good latch with him," she shared on Reddit. "The nurses finally caved and gave me a nipple shield and he latched better and had a good suck, but the jaundice kept him lethargic and he dropped to 4 pounds, 4 ounces."

After that, she began exclusively pumping, and as his condition improved, she continued to pump and measure his feedings at home. By week three, she said his weight had increased to 6 pounds, 4 ounces, and this mom was beyond proud of what she and her baby boy had accomplished. "Our pediatrician was ecstatic, and commented that we must have gotten the breastfeeding down. I mentioned that he was rarely actually on the boob, and I pumped all his feedings," she said. "You would have thought I told him I was feeding him soda."

ADVERTISEMENT
Related:
Mom's Message About Her Baby's Death: "If I Had Given Him Just 1 Bottle, He'd Still Be Alive"

But the shaming didn't stop there. "I saw two lactation consultants who both asked me what the point of going through pumping every meal was when I could just do formula that way," she wrote. "They couldn't understand that my end goal was not to be back on the boob, but to have a fed, happy child."

According to this new mom, her cousin and other family member also agree that she is doing something wrong and feel bad for her that she'll never know "the joy breastfeeding brings." Before her baby was born, this mama knew that people were going to have varying opinions on breastfeeding versus formula, but her experience has been worse that what she could've imagined. "I did not realize the amount of push-back I'd get for exclusively pumping . . . and I expect better from my health professionals," she wrote.

Related:
A Photographer Completely Shut Down the "Birth Shamers" Who Think This Photo Is Gross

It's hard enough to know whether she's making the right call for her and her baby, but this mom is trusting herself and is working to support other new parents even if her own network isn't there for her. "My child is fed. He is happy. He's gaining weight and at this moment he is sh*tting the f*ck out of his current diaper. I went back to work at 13 days postpartum and I have over 200 ounces of milk stashed already," she wrote. "I will offer nothing but support to mamas and papas out there, because f*ck if this isn't hard enough without drawing lines in the sand." 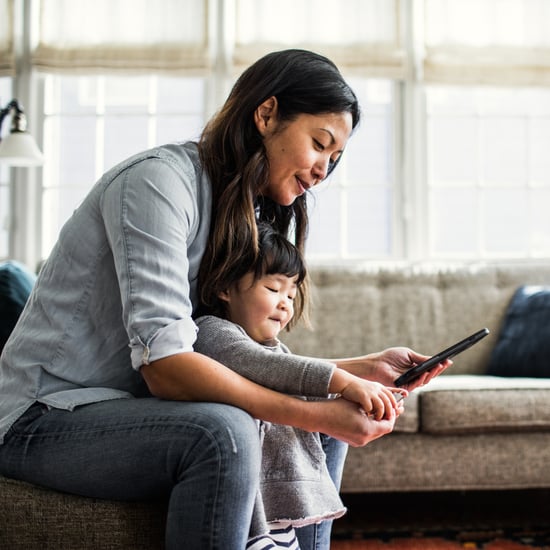 Tweens and Teens
Laura Sobiech on Seeing Her Son Portrayed in Disney+'s Clouds: "Music Is What Saved Him"
by Murphy Moroney 10/23

Pregnancy
A Mom on Maternal Mental Health For Women of Color: "Society Holds This False Expectation"
by Murphy Moroney 10/24