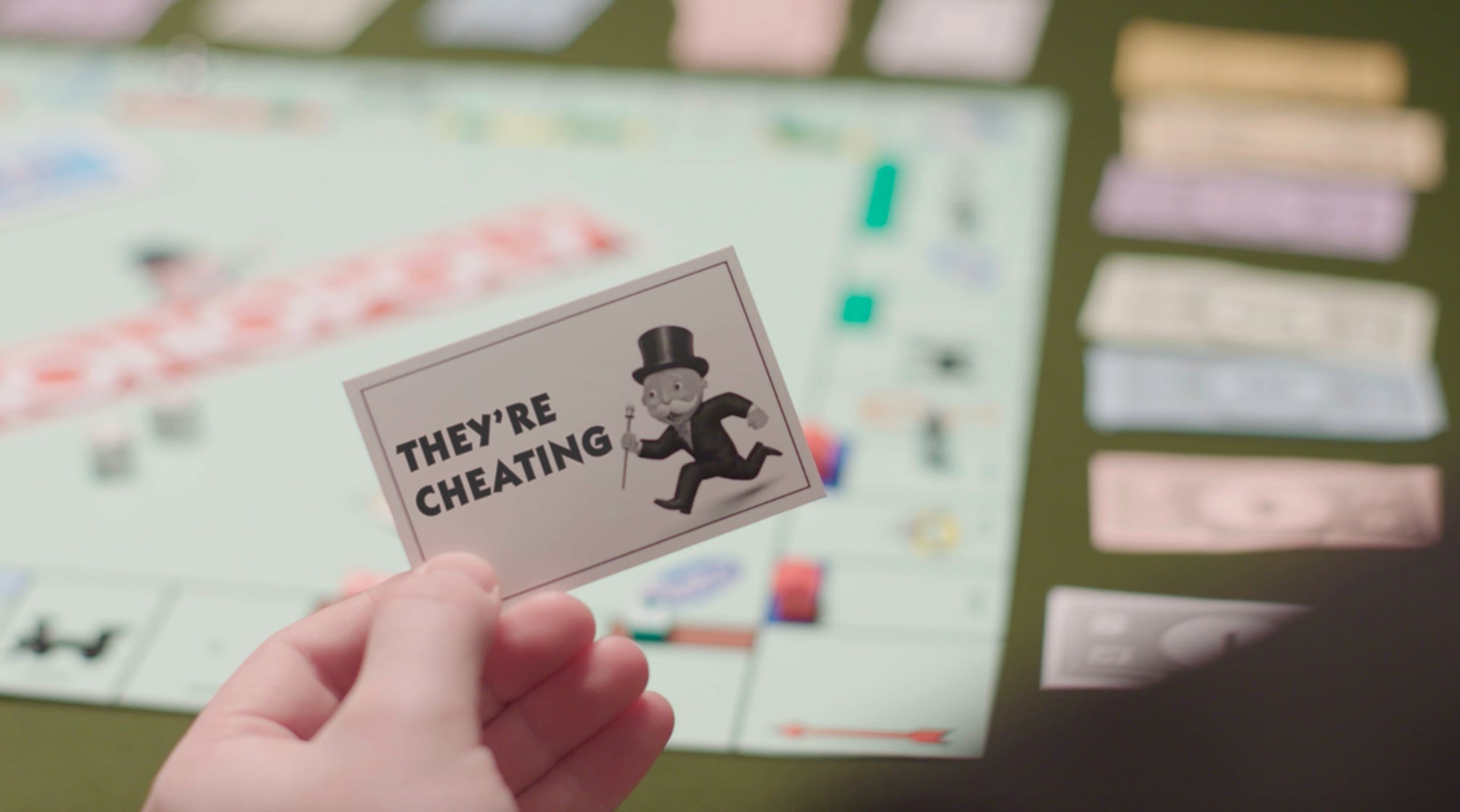 Monopoly cheaters, watch your backs! In a recent study of 2,000 Monopoly players, approximately half admitted to cheating while playing the beloved board game — and when you factor in those unwilling to admit their cheating ways, the percentage is likely even higher than 50! Because of this statistic, Hasbro has taken drastic measures to make sure those players pay for their dishonest ways through a "CheatBot" on Facebook Messenger.

Monopoly has long been a deceptive game, whether you or someone you play with is known to steal money from the bank, move a token across multiple spaces to a more desirable square (my cheat of choice), make up fake rules, or "drop" the die into the perfect position. Now, with the CheatBot, an honest player (or the other cheaters who want to get even) can "report" a cheater to Mr. Monopoly and he'll chime in to help settle game disputes and crack down on rule-breaking by doling out personalized consequences in real time, such as going directly to jail or paying a $200 fine.

Related:
The Games and Puzzles That'll Keep Your Kids Busy (and Learning!) in 2018

"The cheating has gone on too long! With nearly one out of every two Monopoly players bending — or breaking — the rules, we knew it was time to put an end to the cheating, and what better way to reach our fans than by leveraging the innovative Facebook Messenger technology," said Jonathan Berkowitz, senior vice president of marketing for Hasbro Gaming, in a press release. "With Monopoly CheatBot, we're empowering fans to 'report' their family and friends for corrupt and questionable game play — with customized consequences to hopefully end Monopoly feuds for good."

From Jan. 16 to Feb. 16, players can visit the Monopoly Facebook page to access the CheatBot and get Mr. Monopoly on those cheaters' cases. 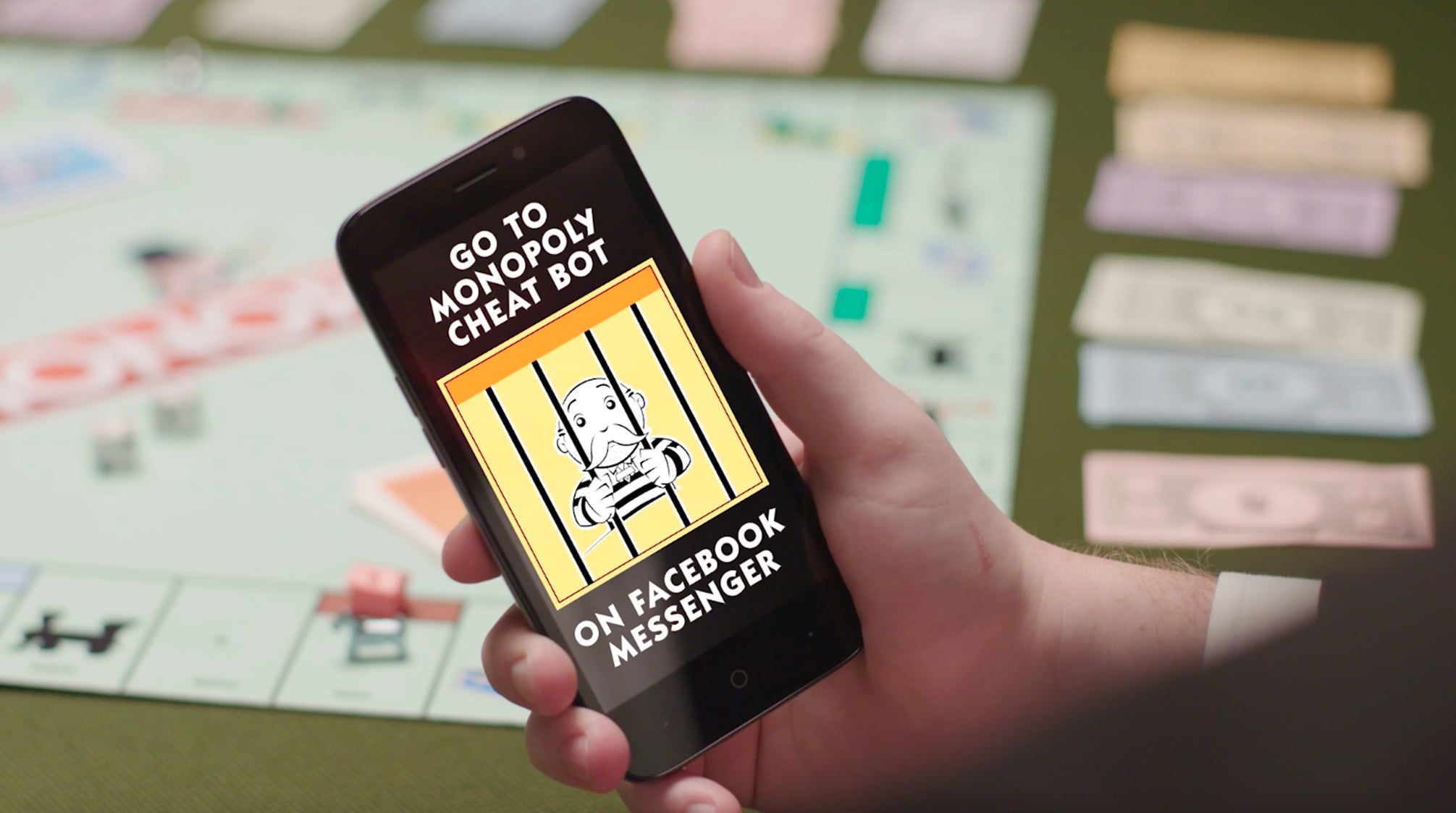 by Sabienna Bowman 19 minutes ago