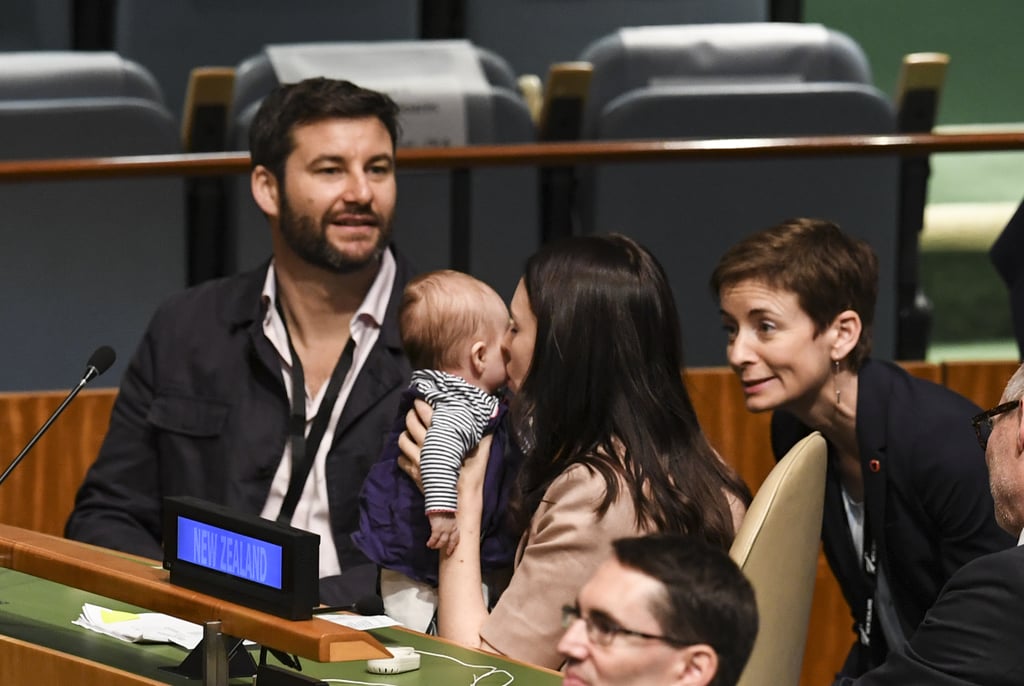 Meet the tiniest diplomat joining the United Nations. On Sept. 24, New Zealand Prime Minister Jacinda Ardern brought her newborn daughter, Neve Te Aroha Ardern Gayford, to the Nelson Mandela Peace Summit ahead of the General Assembly in New York City. In doing so, Ardern made history as the first female world leader to bring a baby to the important meeting.

Though she made history, Ardern said her decision to bring Neve into the historic Assembly Hall was merely a "practical decision." She told The New Zealand Herald, "Neve is actually nearby me most of the time in New Zealand, she's just not always caught. But here, when she's awake, we try and keep her with me. So that was the occasion."

The prime minister also had help. Her partner, broadcaster Clarke Gayford, was seated beside her. Following the meeting, Gayford shared a picture of an "official" ID the staff at the UN created for Neve, which refers to her as New Zealand's "First Baby." Gayford added, "I wish I could have captured the startled look on a Japanese delegation inside UN yesterday who walked into a meeting room in the middle of a nappy change."