Last December, when Vanessa Lachey went into labor with her third child, she was terrified. She was only 29 weeks into her pregnancy and already in the hospital on mandated bed rest. Just like that, they rushed her into emergency surgery.

"I was on the operating bed and I looked up and I didn't know a single face, and I remembered thinking, 'I hope the baby's OK,' and 'Don't worry about me. Just make him OK,'" Vanessa said, wiping away tears, on a video that aired during this week's episode of Dancing With the Stars.

She called Nick to tell him to "get here as quick as you can," he said. When he recounted the birth of their premature son, he too choked back tears. "I was scared to see him because, I think, as a man you want to believe you can protect your kids, protect your wife," Nick said. "I never felt so helpless. There was nothing I could do." 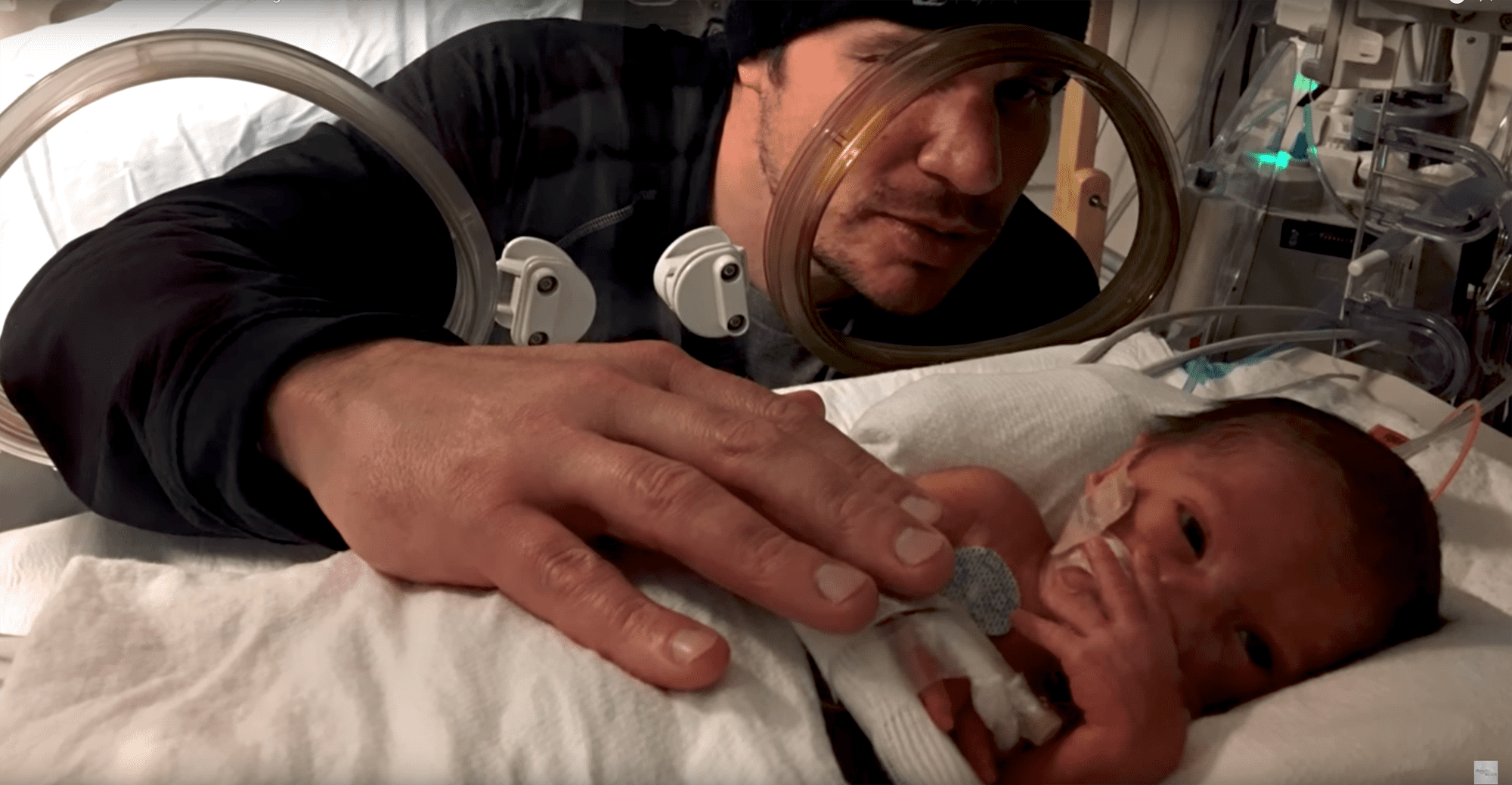 Their son Phoenix — who is now 10 months old — made their "family whole." The touching video, in addition to plenty of tears shed, includes heart-wrenching photos from Phoenix's stay in the NICU as well as Vanessa's rumba performance to Nick's version of "Godspeed (Sweet Dreams)."

We promise you won't be able to watch without shedding a few tears of your own.

Little Kids
This Adorable 5-Year-Old Is Her Mom's Biggest Hype Woman: "You Look So Beautiful Today!"
by Yerin Kim 10 hours ago

Parenting
This Mom Teaches Her Kids That Virginity Doesn't Exist, and Her Explanation Might Convince You, Too
by Kate Schweitzer 20 hours ago